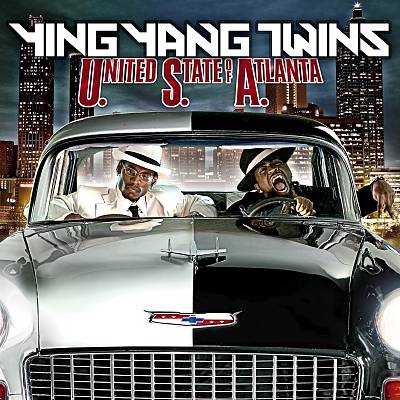 In case you hadn’t noticed, there’s been a Southern uprising in recent years. “Crunk” has moved from “trend” categorization to industry standard. Scan through the channels with your radio dial and you’re bound to come across at least one chant-driven, booty-shakin’ anthem from the Dirty Dirty. A stroll through the “Hip-Hop/Rap” aisle at any music retailer reveals an alarming number of “chopped and screwed” remixed albums (they’re multiplying like the vampires in “Blade II”). You know it’s getting bad when “Ready to Die” is getting the “Chopped and Screwed” treatment. Hate it or love it dun, the South’s on top.

The Ying Yang Twins remember when crunk music was still in trend phase. Way back in 1998, the duo was introduced to the world with the track “One On One” on DJ Smurf’s (alias Mr. Collipark) third album, “Dead Crunk”. Can you imagine using the word “crunk” in ’98?! That same year, they also appeared on the compilation “So So Def Bass All-Stars, Volume III”, headed by some producer named Lil’ Jon. No, you didn’t read that last sentence wrong. THE Lil’ Jon. Long before heavy radio rotation and “Chappelle Show” parody fame, Jon was like most other struggling artists, wallowing in bargain bin obscurity. The same can be said for Ying Yang. No matter what you think of their music, you have to respect their persistence. Rather than conforming to the mainstream, they stayed true to themselves and waited for the industry to crawl back to them. Almost a decade of grindin’ and sticking to their formula they’re finally seeing the fruits of their labor. ANY aspiring artist has to feel that.

The album starts unusually with two atypical Ying Yang joints. The pair opens up about their spirituality on “Long Time” featuring crooner Anthony Hamilton. This is uncharted territory for the Twins and even though they aren’t the nicest of emcees, the song works because their words are genuine and heartfelt. “Live Again” featuring Adam Levine of rock group Maroon 5 expresses compassion for the struggles of strippers. Levine holds his own on the hook (written by Kaine) and the Twins’ intentions for the song are sound, but it’s a major, MAJOR (is there a stronger word for “major”?) mixed signal considering their track record.

Could “Long Time” and “Live Again” be the new YYT sound? Have they turned a new leaf? The remainder of the album would indicate a resounding “no”, probably for the best. As refreshing as it is to see the “yin” side of the duo, their strength is in their “yang”. They’ve had their greatest successes (“Whistle While You Twurk”, “Get Low”, “Salt Shaker”) when doing what they do best: losing their minds and igniting parties. On “U.S.A.”, it’s not different. Bangers like “Wait”, “Pull My Hair”, “The Walk”, “Badd”, “Shake” and the remix to “Wait” showcase the Twins in their element. It’s no secret the Twins get gully. Fortunately for listeners, it’s very contagious. Unfortunately, it comes at the expense of lyrical content (and continuous contradiction of “Live Again”).

Outside of the “for the clubs” tracks, there’s other memorable cuts to chew on. “24 HR Lock Down” features Bun B, one-half of Texas icons UGK. The informal tribute to the Underground Kingz’ imprisoned other half, Pimp C, unintentionally shows YYT’s lyrical inferiority when standing next to someone of Bun B’s stature. Then again, how many emcees could hold a candle to B? “My Brother’s Keeper” is another gem where each Twin dedicates his verse to the other. Even when considering only the musical aspect of their lives, the Twins have been through hell and back. The redeeming quality with this group is that, whether they’re doing retrospective songs like “My Brother’s Keeper” or floor-stompers like “Wait”, everything you get is direct from the artists. Their style may not be for everyone, but laughing or crying, Ying Yang is completely honest with listeners and themselves, unlike many of the label-manufactured acts infiltrating the music industry today.

The “low” scores I give “U.S.A.” are honest, but I’ll admit a little misleading. The Twins will never be mistaken as lyrical giants and the score reflects that. The production is solid, but nothing terribly different from other releases from the region. So what’s the “misleading” part, you ask? The missing factors in the score are the intangibles. Simply put, they find a way to make fun music and that’s got to count for something. More importantly, as I’ve noted, the Ying Yang Twins believe in their form of music, have fun doing it, and have stayed true to it for nearly a decade. They could care less about what critics have said. Don’t get it twisted, critics jumping on the YYT bandwagon now had bad cases of hater-itis on all of their past work and “U.S.A.”‘s the SAME SHIT. Ying Yang didn’t change, the hypocrite critics did. Ying Yang didn’t sellout to fit the formula, they hustled until the formula fit them. How do you score that?

Not only are they able to flaunt their success before all doubters, they even flipped the criticism into a “middle-finger to the haters, look at us now” hook:

The Ying Yang Twins are world-beaters.