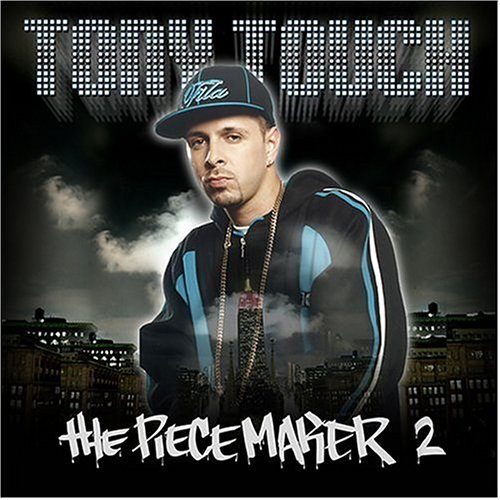 Tony Touch is a Hip-Hop legend, there’s no denying that, so why is it that his latest album is focused on the reggaeton genre? With that question in mind we sat down to talk with Tony about his latest project, what inspired the album and some of the differences and similarities between reggaeton and Hip-Hop.

Adam Bernard: Tell me a little about the new album, “Reggaetony.”

Tony Touch: Basically I felt it was time for me to make another contribution to the urban Hispanic movement that’s going on right now which is reggaeton and Latin Hip-Hop as whole. From NORE to Pitbull to Cypress Hill it’s a whole other movement developing right now in America, for Hispanic Americans in particular this is a representation of them in the US, we love Hip-Hop, we love reggaeton, and it’s vintage Tony Touch, 50 MC’s crazy beats, the usual formula except I went Spanish on ’em.

AB: Why do you think reggaeton is becoming so popular right now?

TT: Because the Hispanic population in America has grown immensely. The music has been around for 15 years. It was inevitable that it would take off. The foundation being reggae with influences of Hip-Hop and salsa make it a very acceptable sound.

AB: What are the differences in production techniques going from Hip-Hop to reggaeton?

“To me reggaeton is just another element of Hip-Hop…”

TT: There’s a strong digital sound on the reggaeton, kinda has a little bit of a feel of a techno-ish high energy sound. The sound has evolved, the production is getting better every year. To me reggaeton is just another element of Hip-Hop, it’s still in the same vein, talking about the same thing, oppression, partying, gangsta shit. The ghettos talk about everything, we got people in the ghetto who are oppressed and to get over that oppression we party. It’s just like early Hip-Hop.

AB: How long did the transition take to go from Hip-Hop to reggaeton?

TT: I’ve been pretty much embedded in the reggaeton thing from day one and I’ve been actively involved on and off over the years. To some degree I’ve always been involved and had my hand in it.

AB: How long do you think reggaeton will last in the US?

TT: Depends on how long and how strong the foundation is. The reggaeton foundation is very strong. These artists have been selling out concerts in Latin American countries for years and now that the US has become so populated with Hispanics it makes it that much easier to break it in over here.

AB: So basically reggaeton has finally made its way to the US because our Hispanic population has grown so much so over the years.

TT: Absolutely, strength comes in numbers and the reggaeton music is uniting all these different Hispanic countries and ethnicities bringing us all together. The sky’s the limit. I see much more artist development and the music developing into more of a Latin Hip-Hop, dancehall, reggae more pop. It’s gonna have different elements, diversity will kick in.

AB: How is that diversity shown on your album?

“For English speaking Hispanics, this is the album for them.”

TT: I kept it vintage Tony Touch, a lot of artists and a lot of producers. Puerto Ricans, Mexicans, Colombians, Dominicans, it’s a big mesh and to me it truly defines the urban Hispanic movement. For English speaking Hispanics, this is the album for them.

AB: Now that the project is completed, what are you feelings on it?

TT: I’m real proud to be able to do an all Latin album again and I hope to make a contribution to what’s happening now. I felt I made a really good contribution, you also hear me paying homage to a lot of the old school salsa elements throughout the album, which I’m a student of and it was definitely something I needed to get out my system.

AB: How do you feel about your life’s accomplishments?

TT: Anytime somebody gives praise I use it as fuel to want to do more. Being too comfortable is the enemy of progress so I refuse to get comfortable, I feel there’s more to do and more contributions to be made. The fact that I’ve been able to represent Hip-Hop, represent New York, represent Puerto Ricans and take that all over the planet….. I’ve been to places I never thought I’d be.

AB: Do you see huge differences in the Hip-Hop communities when you go from country to country?

“Hip-Hop is so accepted everywhere, they’re banging reggaeton in Russia. The Beatnuts just got back from there.”

TT: Not as much anymore because the music is so universal, Hip-Hop is so accepted everywhere, they’re banging reggaeton in Russia. The Beatnuts just got back from there. I’m not surprised, the world is getting smaller and smaller from the music. We take it for granted a bit over here because we’re so exposed to other cultures here. Overseas they appreciate it more, they aren’t as exposed to it.