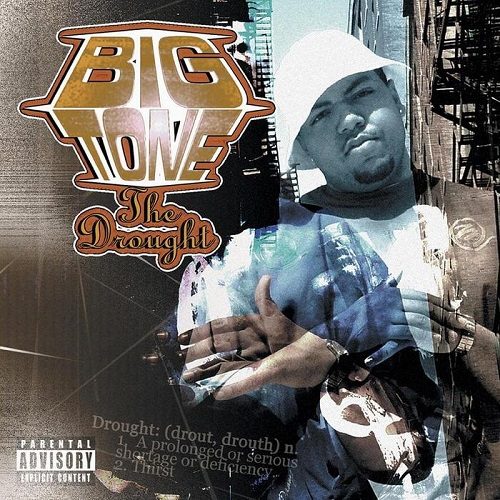 Emerging from the Motor City underground, emcee Big Tone delivers an impressive debut, “The Drought.” While consistently smooth and soulful throughout, it manages to be cool without being soft. Tone maintains enough edge to reinforce his rugged Detroit roots while spreading enough knowledge to please backpackers and college radio stations.

Tone touches on a multitude of topics, demonstrating his diversity as a lyricist, a refreshing change from the stale monotony of recent releases. From women (“Girl”) to day-to-day life (“Real Life”) to past memories (“Good Ole Days”) to ending urban violence (“Peace”), Tone tackles one challenging subject after another. While his lyrical wordplay may not be as strong as others, they are genuine and believable. We have to give Tone credit for not taking the easy way out and spewing only braggadocio, which he does well by the way (“Watch Me”).

The varying topics are glued together by the soundtrack. Heavy usage of sped-up samples and R&B vocalists mesh the album into one cohesive whole. Even Tone’s measured delivery does little to deviate from the uniform sound. The Detroit soul drips from this album and makes it a winner from front-to-back. Sure, the downside is that at times the cuts sound alike and some would complain that the consistency makes the long player predictable and boring. You can’t please everyone. For me personally, this album is perfect background music for low-key parties and trendy coffee shops. Not overly pretentious, not overly street. Another bonus is that Tone limits his cursing. Usually I have no problem with swearing on rap records, but after listening to such a tightly knit album, it’s apparent how much more polished an emcee seems by not blurting out four-letters in every bar.