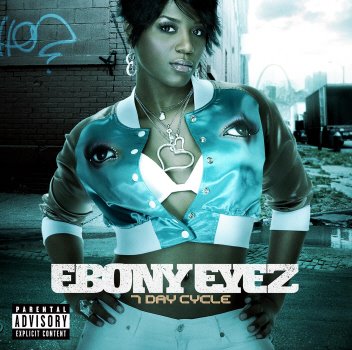 In twenty plus years of listening to rap music, I honestly thought I had seen and heard it all. From the highest of the highs to the lowest of the lows, from the classiest to the crassest. With the inherent freedom of speech rights that all citizens of the United States have, there’s certainly a broad range of dialogue choices available, and in context they all have their place. Even taken out of context they are still allowed no matter how much some people might like to have them censored. N.W.A shocked many people with their frank in-your-face discussion of police brutality and hood politics, but some of those very same people needed the wake-up call. 2 Live Crew upset parents with their frank in-your-face raps about sexual acts, but repeated attempts to censor their work and shut them up only made them more popular to the youth. They too were a wake-up call as to how uptight many Americans are about what they consider “obscene,” despite the fact pornography is as much protected speech as any political diatribe no matter how clean or profane. Public Enemy’s fiery rhetoric walked the line between both. In all cases moral conservatives were appalled and in all cases those same moralists needed to cram a sock in it. While reasonable people could agree that strong language and content should be denoted on an album’s cover, unreasonable fascists tried to prevent such albums from even being released or heard, taking for granted the very freedom of speech by which they were allowed to criticize the raps which shocked and/or bewildered them.

In the end true freedom of speech has no gauge for morality, no “quality rating” to which a value of worth can be attached. Though the standard has been tested time and again, obscenity laws always end up being deemed unconstitutional and unenforceable. What’s offensive to one is not offensive to another. Parents in my generation found the sexuality of 2 Live Crew, the language of N.W.A and the politics of Public Enemy offensive, but the youth related to their provocative message and the brash challenge they offered to all forms of status quo. These artists turned hypocrisy on it’s ear and dared people who claim to love freedom to attack their message. In that sense Ebony Eyez can be said to be part of a tradition older than any of these artists, older even than the United States itself. Be they writers, painters or musicians artists have not always sought solely to please the public for their pennies. Some stir the pot purposefully for the infamy. Some stir it up to overthrow tyranny, whether of the body or of the mind. Some artists stir the pot simply because they know of no other way to be, and they are controversial without intentionally trying to be. It’s no surprise that countries which most heavily curtail artistic rights and freedom of speech are also the most repressive to live in. The society which can abide even that which offends most people is the one where all walks of life can cohabitate together – different religions, different cultures, different ethnic backgrounds and so on. In the end one learns far more about themselves and others from being offended now and then than they do by living a sheltered life free not only of provocative language but active brainpower.

As such there is some merit both artistically and as a society to albums like Ebony Eyez’ “7 Day Cycle.” There is even some to be found in the crass and vulgar lead single “In Ya Face.” I said before that I honestly believed I’d heard and seen it all in rap. Even when I completely disagree with a song that expresses a lack of morality as a virtue, actively encourages criminal conduct or simply seeks to be shocking for it’s own sake with no creative thought behind it, I would still chalk that song and artist up to freedom of expression. Okay, it’s crap, but it has a right to be crap. Things tend to shake out in a culture of freedom anyway, with that which isn’t artistic or creative falling by the wayside. Sometimes things which are blatantly awful become fads for a short period of time though, and though I praise her right to say it “In Ya Face” is just such an awful fad. This is not a provocative political form of getting in-your-face. This is not a harsh reality presented to a naive public form of getting in-your-face. No in this case “In Ya Face” means that Ebony Eyez quite literally wants to put something in your face – HER ASS:

Reading it or hearing it one can only wonder just how much time and thought Ebony Eyez put into this song. “Hmm – what can I rap about today? I know – I’ll write a song which will set women’s lib back a hundred years which I’ll be embarassed to explain to my children when they grow up. I’ll write a song begging men to let me wave my ass in their face, provoking them to bend me over right on the dancefloor and fuck me like a dog.” Even 2 Live Crew might have turned up their nose at that one. Still as I said before there’s no gauge for morality in true freedom of speech, nor is there a quality value attached to the worth of free speech. I’m not convinced based on this song that Ebony Eyez is much of an artist or that she has much that’s worthwhile to say, but she still has the right to say it. In fact she even has the right to put it out in a song and see if people will buy it. The menstrually inspired “7 Day Cycle” has sixteen tracks and nearly 60 minutes worth of Trackboyz produced songs matching this unlofty standard. For example the chorus of “Drop It” is sure to inspire life-changing debate between the sexes: “Bitch you a ho (drop it), nigga you a ho (drop it), bitch you a ho (drop it) you actin like a ho.” That’s deep. How about the positive vibes of “Act Like a Bitch?” Ebony Eyez professes her deep abiding sense of creative wordplay and personal self worth with these lyrics: “I keep niggaz runnin back like Marshall Faulk/If you can’t walk the walk don’t talk the talk/I’m a grown-ass woman can’t tell me shit/Just left from the mall with a new outfit.” Since my own personal freedom of speech allows me to be a sarcastic-ass motherfucker, let’s try one more example – *ahem* – I’m really pleased to see Ebony Eyez offering positive advice about not being caught up in materialistic pursuits with “Lame Ass” lyrics like this:

The nicest thing this reviewer can say about “7 Day Cycle” is that it’s not the most vile album he’s heard in the last four weeks. While definitely uninspired in their own right, the Trackboyz do manage to turn in some marginally competent and occasionally head-nodding beats. While her lack of identity beyond claiming St. Louis and shallow sense of values don’t make for a profound album, the only thing she could be said to “promote” is the same negative female stereotypes already embraced by so many of her male counterparts. Unless putting ass in someone’s face is a criminal act – perhaps if you did it in public while not wearing any kind of pants or underwear – she’s actually not that controversial. Basically “7 Day Cycle” proves that just because you’ve got the inherent right to freedom of speech doesn’t mean you have anything worthwhile to say. This is still art though, and what’s bad art to this critic might in fact be good art to you. It may even be inspiring in some way. The only thing Ebony Eyez inspired this writer to do though was take a second look at country music. The last time I checked there weren’t any Toby Keith or Gretchen Wilson songs about putting ass in people’s faces. Seriously though if Ebony makes any money on this album, more power to her. I’m just not that entertained by it and find it hard to believe anyone would be.