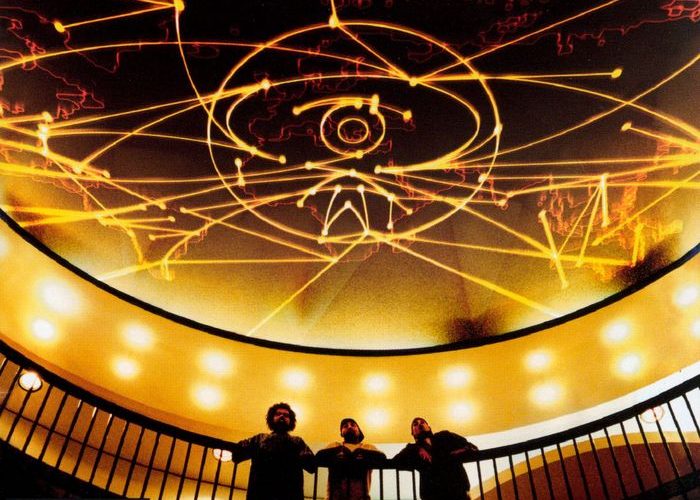 To write record reviews, the person behind the pen must cultivate a sense of independence free of restrictions. Any class on journalism will tell you that bias is your worst enemy and levelheaded objective critique your best friend. That’s why it’s almost a matter of law among serious writers than when the label sends a nice t-shirt and a promo gift with a new record, the person writing the review can’t be the same person who accepts the gifts. If it’s addressed to you, you give the gifts away – or you keep the gifts but you give the album to somebody else to review. Maintaining impartiality is a must.

If this review is starting to sound like an editorial, then you’re probably already keyed in to the fact I have a larger agenda this time than simply reviewing Dilated Peoples’ “Expansion Team.” As a writer I pride myself that I’ve cultivated that healthy sense of objective and impartial critique. There are disturbing trends among various stripes of rap writers out there. Some writers love everything from a small label and hate everything from a big one, no matter how good it is. Some love everything from esoteric and obtuse rap artists and hate everything from thug rappers, no matter how good it is. Either rule can also be applied in it’s inverse form: Murder Dog might tend to favor thugs more than XXL, and Elemental might tend to favor indie rap records more than The Source would. In fact, I’ve noticed that people tend to buy rap magazines that reflect their ideal view of hip-hop and what it should sound like – a selection that fits like a glove.

Therefore as a writer I walk a fine line of credibility which seems to get cashed in on a weekly basis. If I write a review in praise of Ja Rule’s commercial appeal, I’m accused of painting shit yellow and trying to pass it off as gold. If I write a review that points out how banal and repetitive DMX has become lyrically, I’m accused of hating him simply because he’s a successful rap artist. Neither one is true of course – the whole point is to judge each album on it’s own individual merits regardless of personal feelings. Ironically enough my personal taste would actually indicate the furthest possible distance from bias because I’ll rock records by Aceyalone, Too $hort, Scarface, Mountain Brothers, and Trick Daddy in steady succession. Growing up in the midwest I never cultivated a preference for one sound, style, or regional brand of rap – my attitude was simply “if the beats are good and the lyrics make sense, I can dig it.”

The point is quite simply that I already expect to catch flack in advance for this review of “Expansion Team.” While it’s true that the label sent me a copy of the CD, I bought a copy of my own just to maintain impartiality even a degree above what’s expected for rap reviewers (and besides, it was only $6.99 at Best Buy). I’ll be sending the album to a fellow website staff member to enjoy, andenjoy is indeed the key word here. I always know what direction my reviews are going in when I find it tedious or a chore to listen to an album start to finish – and this album was far from difficult to play. Still, I know how some of the people who visit RapReviews.com feel – they think that I automatically shit on buzzworthy commercially hot rapper like Fabolous and Jadakiss and praise any so-called “underground” rap artist with indie cred.

Let’s debunk that myth with a look at the facts: I’ve handed out high praise possible for albums that are far from indie or small sellers on Billboard. Nas,Dr. Dre, Eminem and Beanie Sigel have all gotten high praise from the ink end of my pen. As I said before, the most important criteria for me is not how popular a rapper is. If popularity or sales were a good gauge of how skilled a rapper was or how good his album is, then we’d have to rate “To the Extreme” by Vanilla Ice one of the ten best rap albums of all time. When you realize how ludicrous that idea is, you’ll see that it’s impossible for me to blindly hand out praise to albums just because they’re from popular rappers or sell really well. On the other hand, if a rap album’s popularity is reflect by the HIGH quality of the tracks on it, I’ll be the first to step up and say, “This album deserves to go gold, because it’s a high caliber of hip-hop that other artists could learn from and improve their own albums by listening to.”

Critics have their own critics, and certainly I have my own fair share. I accept that as the price I pay for doing something I love and sharing it with others – writing about music. I expect those critics to yell at me for dismissing the latest DMX album as bland and praising a group like Dilated whose core audience sometimes trends towards what people sneeringly call “backpackers.” Yet it’s hard to argue with the quality of this album. Producers from DJ Premier to Alchemist to Babu turn in quality beats not to be missed, and rappers Rakaa Iriscience and Evidence solidify the sonic foundation with quality rhymes. Some people choose to take issue with Evidence’s vocal tone – it’s deep and a little blunted, and people who don’t like Cypress Hill’s B-Real will probably feel the same about Ev. To me though his voice cuts through a track like a ginnsu and makes such a distinct impression that it increases the sonic punch of his lines. Paired with the higher pitched Iriscience, the duo achieve the musical harmony of hip-hop’s great tag teams: Run-D.M.C, EPMD, Public Enemy, and so on. I can’t think of a single song I don’t enjoy on this album, but a few stand out among them even so: the Primo laced “Clockwork”, “Heavy Rotation” featuring Tha Liks, and the beautiful “Proper Propaganda” led with an introduction by Harry Allen.

I’m willing to take the hit. If people will be mad that I trash mediocre or poor albums and hand out praise for those that are worth the time to listen to, the wrath is well earned. When DMX makes an album that is as musically tight and lyrically fresh as Dilated Peoples, he’ll earn a score for that album he deserves. Groups like Dilated don’t have to rely on trends or flashy videos – they simply represent the hip-hop elements in the tradition of great artists from Rakim to Ras Kass. That doesn’t necessarily translate into commercial success in today’s fickle pop culture; although once in a while a brilliant album like OutKast’s “Stankonia” defies the odds and actually reflects it’s quality in sales volume. If Dilated achieves the same feat, this album will easily go platinum.