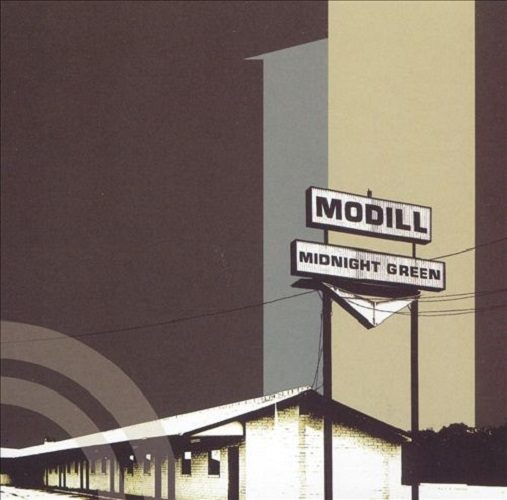 Chicago duo Modill (emcee Racecar and producer K-Kruz) deliver their debut “Midnight Green” and in doing so, overcome an often overlooked obstacle (try saying that five times fast): creating a laid-back album that doesn’t end up being boring. You see, 2005 has seen a flurry of inept “The Listening” clones. Makes sense, doesn’t it? After the disbanding of A Tribe Called Quest, heads were itching for a jazzy, soulful hip-hop album. “The Listening” was their answered prayer. Unfortunately, this set in motion a wave of aspiring rappers nationwide looking to jack the LB formula. Let’s just say the results have been less than satisfactory. When done well, it’s perfect loungin’ music. Otherwise, it’s elephant tranquilizer. Congratulations, you’re a bear in hibernation, see ya next spring. “Midnight Green” is not groundbreaking, but interesting nonetheless.

Modill succeeds in a couple of areas. Firstly, Racecar is a well-equipped emcee: intelligent, charismatic, and relatable. I can go on and on about this, but all you need to know about his credibility can be found in the guest list. Dave of De La Soul cosigns the lead single, “Vacant Rhymes”. Other visitors include affiliate Thaione Davis (on a whopping 5 tracks!), Truth E.N.O.L.A., fellow Chi-city native Diverse (2 tracks), and British rhymer Verb T, who I was enlightened to by the “Life Before 40” compilation I reviewed earlier this year (if you haven’t bought it yet, what are you waiting for?!). Amongst this excess of talent, Racecar refuses to be overshadowed. This verse in “Send Me to Bliss” demonstrates a microphone controller with style, skill and humor:

“This is me, I’m back on track from the smoke break
I hate birthdays with the pat in the backs and old cake
I hate hip-hop; I be the last to get my shit out
I hate weed… I like weed! Indeed, make me forget doubts
so with-out care in the world
I have to hate every guy in the room that’s there with a girl
Wait, got me a slimmy, now I hate that I’m taken
I hate the fact that I gotta work for the bacon
Wait, I don’t hate that
I hate that tax take half of my stack
And I really hate fact that people still getting’ capped
I don’t hate the life that I’m on
Good friends, good drink, good food… good God, good lawn!
I can’t lie, it equalizes my day
I hate the fact I’m at a show visualizing a “j”
I should be concentrating, spittin’ in rhymes like Parkay
Thinkin’ Playstation and ‘Calgon, take me away!'”

What rounds out “Midnight Green” is K-Kruz’ fresh instrumentals. While clearly soulful, the producer isn’t afraid to inject some thump and bump to his selections. He also isn’t afraid to experiment, from the spacey “High Energy” to the horn-blaring “Change Form” to the subtle piano of “It’s Time”. Of course some experiments are better than others, but K-Kruz definitely leaves a positive impression.

“Midnight Green” is an intriguing debut for a group dripping with potential. The caliber of guests proves that Modill already has a knowledgeable following of believers and you can add me to the fan club. Be sure to keep an eye out for Modill. You’ll have to look elsewhere for sedatives.