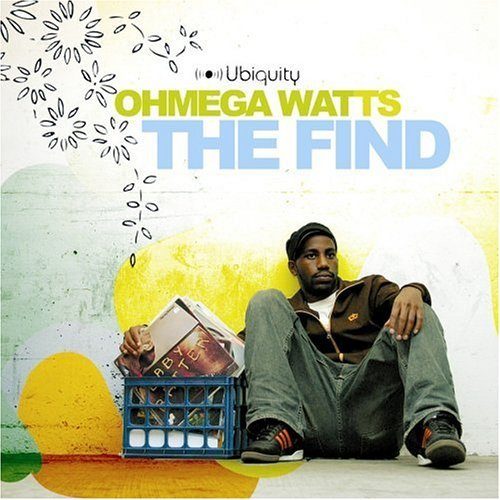 A reviewer can often pick the stupidest reasons for checking out a CD. While scanning through the feedback sent to RapReviews every week, one of the readers mentioned I should check out a fresh rapper named Ohmega Watts. Had I ever heard of Ohmega? Honestly, no. I had no idea who the hell Ohmega Watts was, but there was something about the name that intrigued me. It was a little bit omnipotent (alpha and omega, the beginning and the end) and a little bit sci-fi (a watt is the power produced by a current of one ampere across a potential difference of one volt) and a little mysterious. Since I was already placing an order with UGHH to pick up some MF Doom material I was missing, I said “Why the hell not?” and added Ohmega Watts to my shopping cart.

I’m happy to say that despite having a stupid reason for purchasing it, I don’t feel stupid for having bought it. Only after this CD was thrown in my player did I realize I actually DO know Ohmega Watts – he hails from the Lightheaded crew fellow writer Matt Jost reviewed a couple of years ago. While generally positive, Matt’s review seemed to reflect some concerns that they might be too lightheaded, full of a spiritualism and breezy positivity out of touch with today’s hardcore hip-hop. I suspect if Matt were reviewing “The Find” he might find it to be on the same wavelength, but I don’t rate it as a big concern. In fact after a year in which the artform of rap music nearly drowned in banal B-rate lyrical thuggery mixed with too much machismo, it’s refreshing for a rapper with skills to not be talking negative. Ohmega Watts’ confident delivery and well-timed rhyme scheme make some of his competitors seem inferior for having to spit so much venereal foulness in their raps to get your attention. With a voice that’s part Chali 2na and part Posdonus from De La, Ohmega gets his flow on and rips up fat tracks as though we listeners had made “A Request” for him to do so:

“Watts! Underground, make the upper level shake
While tectonic plates shift, causin an earthquake
Ratin 10 on the Richter, disaster strikes fast
Information leave your structure worse than A-Bomb/a bomb blast
at close range, strange how I’m ridin the track
Face facts that forsaken dive in my abyss called hip-hop
I rap for all citizens, the young to seniors
Savior, please lend me your ear to explore your mind’s eye…”

Watts has a naturally free-form jazz type flow to his rap, letting his surprisingly dope self-produced tracks carry him wherever the music’s wind blows. And sometimes he just steps on the background and lets the guests take over. On “Your Love” featuring Tiffany Simpson he provides a swinging up-tempo R&B soul track and lets the husky Mary J. Blige-esque crooner get busy with it. The fat horny horn funk of “The Treatment” lets his fellow Lightheaded cohort Braille get wreck along with guest stars Big Rec and Manchild, with sampling and scratching so nice between verses the end result is you’d swear this was a DJ Premier produced joint and Freddie Foxxx just dropped in to spit with Guru. Even the interlude instrumental tracks like “Ya’ll There?” are funky fresh out there, which not only puts Watts in the company of Primo but fellow hip-hop legends like Pete Rock.

Ultimately “The Find” may go down more for the rappers Watts seems to discover and the dope beats he seems to mine out of the crates, because from track one through twenty-two he keeps coming back with more and more hits that always manage to make the “Floor Rock.” His hip-hop rock is straight out of the old school with a pleasant vibe like he’s “Groovin’ on Sunshine” that’s hard to deny. However you just can’t sleep on Watts as a lyricist, because when he steps up to the mic to let his verbals loose he creates an upbeat vibe that makes you want to get out of your seat and “Move!” Watts can turn every negative into a positive:

“Dad left a long time ago, tryin to get the dough
But died from inner sins that killed him slow
But let’s move on – the premise of the song’s to awaken
the spirit in life to all who felt forsaken
Days go by, and now’s the time
Grab hold of the vision and free your mind”

With a lot of potential that has yet to be tapped as a rhymer or a beat designer, you may find that “The Find” is just the beginning of what Ohmega Watts can unearth during his career. The most important thing he can do at this point is stick to doing hip-hop his own way, because when the beats are fat and you and your guests can flip a flow like Twista or Aceyalone, no bling bling or big whips are required.