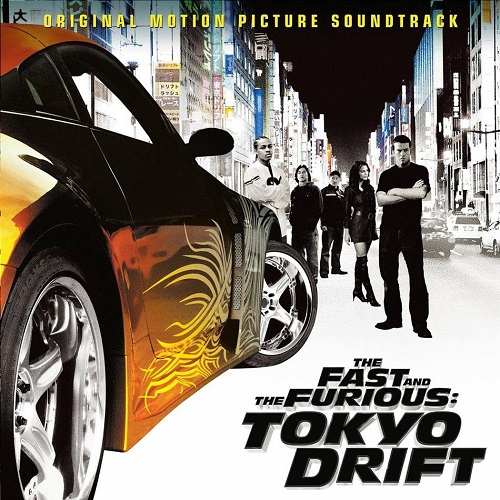 Various Artists :: The Fast and The Furious: Tokyo Drift

Record labels may want to consider throwing in a free movie ticket whenever they send in a soundtrack to be reviewed. While a few, rare soundtracks stand on their own, most soundtracks are simply a random collection of tracks that served as background music at some point during the movie. Because of soundtracks’ mediocre and random nature, most people who do buy them do so because they enjoyed the movie and the soundtrack evokes memories of specific scenes. If I had actually seen “The Fast and The Furious: Tokyo Drift” I probably would have a better feel of whether or not the soundtrack was appropriate. Without that experience all I am left with is a random and sub-par collection of tracks, half of which include something that resembles rap.

About 7 of 12 tracks included on this soundtrack include some form of rap. Two of those tracks are previously released tracks from reggaeton superstar Don Omar. Being a huge Don Omar fan, I enjoyed both when they were originally released. The inclusion of those tracks on this album sounds out of place, but once again they could have played a vital role during the movie. Far*East Movement shows up on the soundtrack with “Round Round.” The song is an uptempo and corny piece featuring lines like “I get busy (bizzy) like Bone.” I can actually imagine this type of pointless garbage filling up space while speeding tricked out cars are shown on the screen, but by itself the tracks has no redeeming qualities. Mos Def shows up for DJ Shadow’s remix of “Six Days” with unspectacular results. The track sounds like a rock influenced house track and for a minute Mos Def sounds like he’s back in “rock” mode as he was on his last album. Thankfully, Mos sticks to rapping but still doesn’t manage to save an overall boring track.

The last three “rap” tracks on the soundtrack all feature Pharrell of The Neptunes in some way. One of them is the lead single from the last NERD album, “She Wants To Move.” Chances are that you already have this song if you are a fan of NERD, if you’re not a fan its placement in this movie 3 years after it’s release won’t do anything to change your mind. The other two tracks feature The Neptunes production for songs by a group called The Teriyaki Boys. An Asian group called The Teriyaki Boys with a forthcoming album entitled “Beef or Chicken” sounds like an utter joke to me too but these guys do want to be taken seriously. They boast impressive production credits on their forthcoming album, including a track from DJ Premier. But in all honesty, these guys get such “celebrity” treatment not because of their dope music but because these guys are also behind the current big hip-hop fashion fad, A Bathing Ape (Bapes). The overpriced and hard to find collection of hoodies, jackets, and patent leather shoes is the “it” thing right now and the group’s producer is one of the main guys behind the Bapes clothing brand. I’m not hating as I would happily cop a pair of Spiderman Bapes, among other things, if I had thousand of dollars of disposable income just lying around but fly gear does not a good rapper make. The group’s two tracks here sound like nothing more than a bad impression of rap music. I’ll admit that my lack of fluency in the Japanese language limits my assessment somewhat but given the cheesy hook on “Tokyo Drift” I won’t be looking out for these boys anytime soon.

The songs featured on this soundtrack probably did a decent job filling the background for a forgettable movie. Outside of that context this collection of tracks sounds like someone’s very bad road trip mix CD. The only good songs on here aren’t new so chances are you’d rather find them elsewhere. The new songs will probably find new life on a “The Fast and The Furious” videogame at some point in the future, but otherwise have no redeeming qualities.