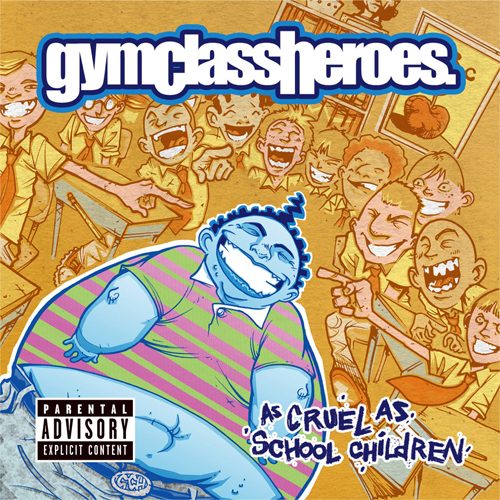 First things first – I’ve always been apprehensive about live bands and Hip Hop, not to mention the whole “rock-rap” phenomena. I didn’t even really feel the Roots until “Things Fall Apart.” To me, the purest boom-bap spirit is embedded in the very heart of the art’s origins, mainly: making something out of nothing. Can’t afford instruments and lessons? Just plug in a turntable and a mic into the streetlight (or even bang on a tabletop). Don’t know how to read music? Use your own voice to make rhythm. Can’t play an instrument and can’t afford the sample clearance? Jack the loop anyway (hold ya head, Biz). That raw uncut of “Radio” and “Run DMC,” followed by the further explorations of sample-based sonics of “By All Means Necessary,” “Critical Beatdown” and “Long Live the Kane” were at once a celebration of Hip Hop’s creative roots in 70s Funk and Soul as well as a rejection of its first opportunities as a live-music-backed recorded medium (fuck Sugarhill). In almost all instances of early-80s studio Hip Hop, DJs lost their preeminent place to record label house bands that were cheaper and already established. The product, however, was often awkward and failed to capture the energy of live performances. It could be said, then, that the return to sample-based sonics was both a way for Hip Hoppers to take back creative control and an attempt to better recreate the vibe of earlier Hip Hop in its purest state. Either way, the live band was largely out of the mix (big up Stetsasonic!).

To be fair, some distinctions need to be made. Rap and rock, as musical genres and not necessarily as ways to create, have always shared a storied (if recently unfortunate) history (“Walk this Way,” anyone?). Lately though, besides the enormously respected Roots and local favorites like the Twin Cities’ own Heiruspecs, who else represents a melding of these two styles besides the Limp Bizkits of the world? Well, we now have Gym Class Heroes, who seem willing and able to get the party jumping. The question is, does anyone even feel live Hip Hop anymore?

Gym Class Heroes could be mistaken for a typical rock band, with a drummer, guitarist and bassist, except that instead of a love-sick crooner on the mic they have, well, a love-sick eMCee. Travis “Travie” McCoy handles all of the verses on this joint, and stays consistently entertaining, despite the fact that his personality occasionally veers from cheeky and refreshing to grating and self-absorbed (but what good eMCee isn’t self-absorbed?). The band’s sonics, sadly, consistently fail to bring the funky boom-bap of good live Hip Hop, instead relying on jam band sounding melodies (utilizing plenty of acoustic guitar shreds and keyboards) and mid-tempo grooves that would sound more appropriate backing a teen pop singer rather than a mic checker. Despite allathat, Travie’s vocal styling and subject matter frequently matches the breezy instrumentals of his band, and in those cases a kind of synergy is heard. Only question is, is this really Hip Hop or just a band with an eMCee?

The Heroes start things off with “The Queen and I,” about an alcoholic girlfriend who is both amusing and alarming. The tone is neither totally sincere nor tongue-in-cheek, but a weird and slightly offsetting mixture of the two; this same tone (or, I guess, lack of tone) is found throughout the album. As many times as Travie reaches levels of refreshing candor (a la Slug’s best work), there are equal moments of ridiculous and cold irony, resulting in the emotional intensity being undercut by a goofy chorus or a purposefully arrogant stance. So neither mood is done justice. “Shoot Down the Stars,” the second track, shares the same basic malady, as I was definitely feeling Travie’s first verse about coming up; that is, until the mega-wack chorus came on, which sounded like it could’ve been sung by a member of N’Sync (pick one), with lines like “how fragile we are/ so fragile we are we just don’t show it/ â€¦we’ll shoot down the stars for our enjoyment/ so sexy we are, so sexy we are we just don’t know it.” Did they get this shit out of some bad teenage poetry? Seriously. The cheekiness continues with “New Friend Request,” a song alternately amusing and desperate that details Travie’s MySpace obsession with a girl’s webpage, and three “Sloppy Love Jingle” spoken word pieces, which act as extended interludes between musical sets. It seems that the Heroes are almost making fun of their own corniness with the latter offerings, awkward spoken word pieces taking place in a crowded bar, complete with hecklers from Travie’s own mind. Other not-so-highlights include the late-80s Prince throwaway “Clothes Off!” (which I severely hope is supposed to be an over-the-top satire a la De La’s “Baby, Baby, Baby, Ooh Baby” and not a genuine attempt at club play), and the uber-wink wink of “Viva La White Girl,” which provides more of the same happy inspiration and bland love celebration unnaturally clothed in ironic tones. The self-indulgence of the band is evident on the latter track, as it features no raps from Travie (just singing), making for some truly painful (un-)Hip Hop.

The boom bap sound I alluded to earlier appears briefly to start the second half of the disc (most noticeably in “7 Weeks”), but by that point the damage was done. I had ceased digging into the deepest reaches of my musical theory knowledge to determine if this really was or was not Hip Hop. I had stopped hoping that the Heroes would make at least one or two hooks that didn’t completely kill the songs vibe (fellas, perhaps a DJ would be a nice addition for cutting and scratching between verses?). I had also lost interest in figuring out why the Heroes were so fixated with high school (a theme that plays a prominent role in the album title, cover art and many of the songs subject matter). Yea, by that point I had accepted the Heroes’ new album for what it was: a summer party joint by a band (who happen to be headed by an eMCee, incidentally) so eager to please that it uses many techniques of pop music convention I largely detest (cute/sensitive choruses, cute/catchy melodies, and an almost-schizophrenic tone) that aim for all those dancing youngsters, both sincere and sardonic. As for me, I don’t usually dance. But go ahead kids, play the album real loud and enjoy your last month of sun. Just don’t mind me if I walk away while grabbing my headphones to listen to that thing I love called Hip Hop.