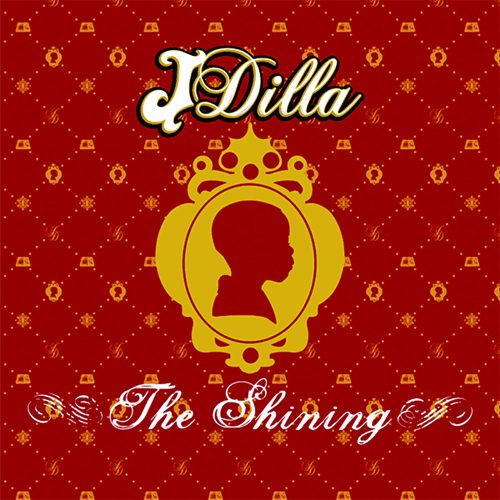 I know this review is grossly overdue and to the readers of RapReviews.com I apologize profusely for that. When people sent me inquiries asking why it hadn’t been reviewed yet my response was, “I’m sorry – I haven’t been able to find the album in stores.” That was true for the first few weeks after it came out, then I remember to visit the same mom & pop store where I picked up “Donuts” and sure enough they had a copy in the rack. After that I really had no excuse for not immediately reviewing the album, and yet I found it incredibly hard to address the subject. Dilla’s death seems to me proof of the incredibly cold cruelty of the universe, where good people who do great things are snuffed out before their time while rapists and murderers survive to a ripe old age. Unfortunately when it’s really your time to go no one can avoid answering the call, no matter how unfair and illogical it seems to be.

The only thing you can do in the face of such a coldly cruel universe is to make the most of your time while your body is on the earth, before (hopefully) your soul moves on to a higher plane of existance. For what it’s worth J Dilla did a whole lot more with his 32 years than I have with mine. I’ve written some reviews and done some small things here and there which I hope have helped hip-hop thrive and grow, but I don’t think anything in that category could be called ART. J Dilla gave ART to the world – music which swelled in his soul and burst forth into art which he poured out using any tools he could tap the flow with. Every sampler, drum machine, synthesizer and turntable he touched became an instrument of beauty, a vessel to carry his art across the cold seas of the music industry into the ears of listeners everywhere. The experience enriched him and made him a spiritual man, and in turn listening to his music became a spiritual experience for those who gave his work a chance – they shared his bliss. “The Shining” is the last testament of James Dewitt Yancey, and it’s easily among the best of his work in his entire career. At the end he burned brighter than ever, and tracks like “E=MC2” featuring Common are pure heat:

“Get up niggaz, get live ladies
Since the early 80’s I rock the planet daily
Radio Rasheed this is how I do when I write things
The party for your right to fight scenes
Baby girl you as young as the nice seams on tight jeans
Should have been Kahlua or ice cream
My pipe dream’s long as the fight scenes in The Matrix
Scorpio rising, sex fiend by nature
Try to control that shit so my soul don’t get
Dirty for some girly, unworthy of the flowers
I admit that I got strange powers”

It’s not hard to discern why Common was inspired to flow like his “Resurrection” days on this track – the beat is dirty, slinky, jazzy, nasty, raspy and so heart-breakingly beautiful you’ll want to do like Dilla says in the chorus when he paraphrases Everlast: “Get up, stand up/throw your fuckin hands up/if you got the feelin/jump up touch the ceilin.” These are tracks that inspire the artists who appear on them to come with that next level shit. Pharoahe Monch shows us his “Love” over an incredible audio collage of background noises, singing as much as rapping and none the worse for doing so. Dilla shows his electronic future funkateer side on “So Far to Go” while D’Angelo and Common bring it from his spacy Cee-Lo-esque heights back down to planet Earth. “Jungle Love” is as crunk as anything to come out the Dirty South in the last year, and Medaphoar combines with Guilty Simpson to heat it up. You won’t find a bad track on “The Shining,” whether it’s simply laying back and indulging in the instrumental only tripped out beats of “Over the Breaks” or delving as deep as Black Thought does into “Love Movin’.”

At some point on this album you move beyond trying to discern whether Dilla matched these beats to the MC’s, or whether the MC’s were so inspired by his beats they crafted their work just to match it as closely as possible. Instead you get lost in “The Shining” and feel your soul uplifted, sharing this brief moment in time with Dilla on the higher planes of his musical soul that were aching to break free and shed this mortal coil. I’m in no hurry to leave any time soon but I hope when I do kick off I’ll meet James on the other side, so I can give him a pound and a hug and simply say “Thank you.” He left us far too soon but he made the world a better and dare I say more tolerable place to live in while he was here.