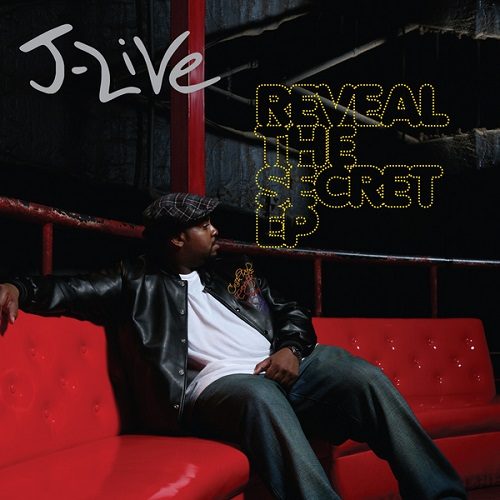 “J-Live with the mic is like a chef with the blade
Cause suckers get sliced and sautÃ©ed
Yeah, you thought your shit was fly, but the flight was delayed…”

The first time I heard of J-Live was when a late-night hip hop radio DJ played “Braggin’ Writes” and I happened to have recorded the show (peace to Matt White, an old school DJ from Kiss 100). Luckily, I had recorded the show on a cassette. Subsequently listening to that one song on repeat, I actually wore out the tape. The ribbon snapped. Then I found out that J-Live was rapping and scratching at the same time – I lost my mind, and located “The Best Part” (his incredible debut) pronto. Well, years later, here is a short selection, in the form of an EP, of five new songs and a remix. You didn’t really doubt it would be strong, did you?

See, whilst people go on about Mad Skillz a lot, I never really got what the hype was about – his debut was on ice for so long, and I always thought that if J-Live WANTED the attention, he could have blown Skillz out of the water. But, like an “Empire Strikes Back” Yoda, J-Live seems content to bide his time and further cement his legend. Mention his name to the casual hip hop listener, and they would not have heard of him – but those who have know that his name represents sheer and undiluted quality. His skills have never waned, and his knowing sense of humour now puffs out its chest even more. It is hard to say that he is maturing with age, because he was already a fully formed artist on his debut – but perhaps, judging from this EP, his beat selection is more consistent now.

Aside from that, it is business as usual from the Live one. Things kick off with the impressive “The Incredible” – and uses the same scratched sample that Just Blaze used in the similarly named Fat Joe track a couple of years back. “Once Upon A Mic” is solid, if not spectacular musically; what follows is the highlight, probably the reason this EP was released. “Practice” comes in two equally excellent forms: the Magnificent Mix, and the Spaghetti Bender Mix. Both are AWESOME, and I can’t choose which is better. “Feel Like Spittin'” flips the horns from “Let Me Clear My Throat” to excellent effect; the final original track is another solid effort, “Red Light Green Light.” All in all, it is a very welcome EP from a true and ever-lasting MC. He will probably be rapping to this level when he is 84. Tight, focused and impressive as ever.