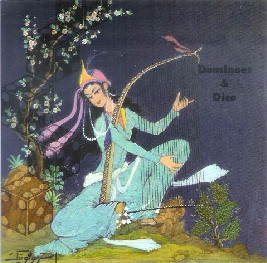 Initially I was going to trash this CD like it stole something from me. The reason being that if you don’t pay close attention to ABCDEFG’s press kit you are left with the impression that ABCDEFG is a group of like 10 dudes, and for a group that big this album would be an abysmal failure. Of course once you actually read the press kit you realize that ABCDEFG is the name of a producer who happens to like to photoshop his image multiple times to make it seem like there’s a lot more of him than there really is. For a beat CD by one producer, this release is just average with nothing that stands out.

To be honest, better beats can be heard elsewhere. The late J-Dilla and Madlib seem to have realized the fact that hip-hop beats in their raw form tend not to be the best music to listen on their own. Even the catchiest of rap beats tend to be repetitive without rappers and good hooks. Dilla and Madlib countered this problem by either making their beats varied enough to keep you listening or feeding you short bites of beats in mass amounts. Other producers have not learned that lesson. The smart ones just don’t release beat CDs. ABCDEFG isn’t one of those producers. I don’t mean to slight him, but his music on its own won’t gain him as much recognition as it would being featured on a hit single or with some dope rappers flowing over it.

ABCDEFG tries to make things as interesting as he can. Sesame street characters like Cookie Monster show up randomly through sound bites. And I do mean randomly as it makes absolutely no sense why they are on this album. It feels like an attempt at originality but falls flat on its face. The beats themselves don’t sound like much past your basic sample looped over a beat. The tracks have breaks where samples are dropped, beats are varied, and an attempt to keep you listening is made but it fails to save what amounts to average rap beats with no rappers. The song titles also make absolutely no sense and thinking about it neither does the album title, artwork, or even the dude’s name. For what it’s worth, “Platy-pie” features a decent sample sounding like something out of a Bond movie. “Dime Droppa” has a little bounce to it that makes you wish some energetic rapper would jump on it. “NASTY Chuck” is one of the few tracks on this CD that could stand on its own as the instruments change up a lot and the track itself flows extremely well.

I don’t mean to put down ABCDEFG too much. In all honesty his beats are not all that bad, and some definitely are above average. The problem is that the material here is suited for a beat CD being shopped to labels and rappers and not as a product for consumers. Like all producers, ABCDEFG has a lot of average to bad tracks for every dope track he cooks up. It’s a natural process, but the difference is most producers realize which tracks are good by what they sell to rappers. ABCDEFG is not that talented a producer to command your attention for over an hour. The same can be said for most producers if you take their music on their own. Next time around ABCDEFG needs to get some friends or one of his alter egos to jump on the tracks or try to sell his joints to rappers.