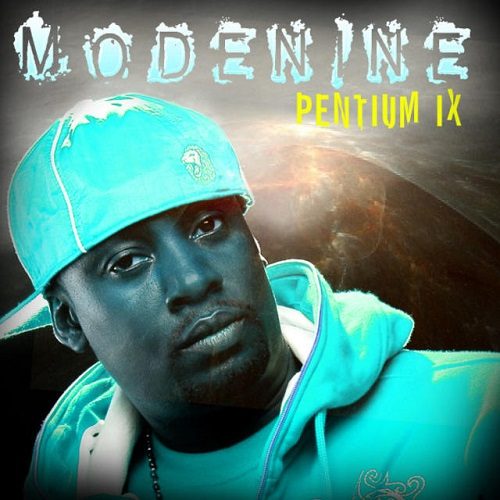 Forget the fact that Mode 9 was born in the UK and now reps Nigeriaâ€”whatever else you know or think about dude, know that he is PASSIONATE. In the effort he applies to honing his craft of emceeing, in his desire to keep Nigerian Hip Hop quality, as well as in his blatant disrespect for those that opt to perform and support lazy commercial rap. It’s the passion of an assured veteran, the kind that speaks through actions. It’s appropriately then that Mode 9’s newest project, a 21-song mixtape that rivals anyone else’s most carefully polished and sequenced major label release, is a supremely dope slice of Hip Hop. In the best sense, this boom bap flavor is timeless, skillful and universal. Seriously, if it weren’t for Mode’s slight French-inflected accent and his occasional references to his city of Lagos, I’da sworn this was released alongside “Hard to Earn,” “Illmatic” and “Liquid Swords.” And though it’s not quite as classic as those albums, it does have the same flavor and swagger.

To start with his lyrics I gotta start with the voice: Mode 9 possesses an instantly recognizable and imminently strong instrument, both gravelly and deep (sounding similar to RA the Rugged Man) but also pleasingly melodic (due no doubt to his subtle accent, which comes off as a Wyclef-when-he’s-not-singing-wack-shit vibe). His flow is airtight, never even slightly slipping off beat or sounding strained. The content varies considerably, covering everything from social commentaries (“Lagos State of Mind,” “Pain”), to relationships (“Gentle Wind”), and even global economics (“419 State of Mind Pt. 2 Revisited”). But clearly Mode’s specialty is straight get-up-in-dat-ass battle raps. He excels with lyrics heavy on punch lines, sprinkling in the occasional scientific or technical jargon, packed to the gills with clever metaphors and cultural references. Examples of amazing lines from just one recent listen include: “throw sand in your food if you ever try to crunch me/ you got weak lines but still wanna bungee” to “making more headlines than cornrows and partings” to “I’m off the hook like wack singers on the chorus.” Seriously, the dude puts more thought into any one16 bar verse on “Pentium” than most commercial cats put into their whole joints. He often comes with so much craft that it’s easy to miss how clever seemingly throwaway lines like “play the wall like Peter Parker” are. It’s also important to note that it’s clear Mode is one intelligent and well-versed cat, but he manages to be himself and sneak plenty of knowledge into his raps without ever sounding preachy or egghead.

Beat wise, it’s even more apparent that Mode takes his inspiration from the second renaissance of East Coast Hip Hop (circa ’94-’96). The boom bap vibe includes a liberal use of scratched choruses (a la Premo), basslines that are understated yet chunky and whole, and beats in that New York state of mind. Besides keeping your head nodding, there are also enough interesting flourishes to keep you pressing rewind. Just a few highlights include the gentle guitar loop on the aforementioned “Lagos State of Mind” (big ups on the clever flipping of Nas’ original title, by the way), the eerie vocal chorus on “Elbow Room,” and the mournful violins of “360 Poetry.” I could go onâ€¦

In short, if you’re a fan of that NY aesthetic of the mid-90’s, or of clever and fresh lyrics, or of quality Hip Hop in general, “Pentium IX” is definitely recommended. Matter fact, I’m confident enough to say that anything by Mode 9 would probably be dope. Because it’s a mixtape, “Pentium” does lack some cohesion (but as the songs keep coming up dope, I didn’t seem to even notice). And my copy is edited, but thankfully expletives are relatively sparse and the censorship of them is creatively undertaken. Never falling to that mass appeal, and straight from the heart, the man is on a mission to almost single-handedly raise Nigerian Hip Hop out of the muck of east money pop rap bullshit. And he just may be skilled enough, and yes, passionate enough to do it. Some haters may claim that in doing so he seems mired in nostalgia for that mid-90s East Coast sound (and maybe the cultural dispersion from US to Nigeria makes this more than merely a choice), but if that’s the case, I’m not complaining!