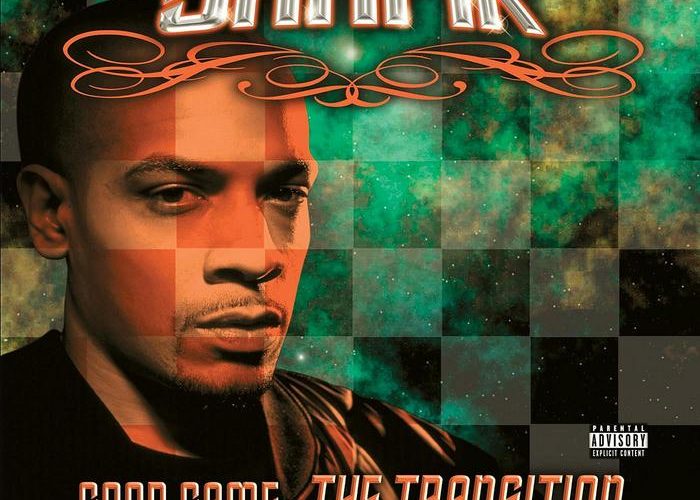 If the legend of Saafir the Saucee Nomad as an underground kingpin could be transferred directly into album sales, dude would probably be ten times platinum. Okay that may be overstating it but it still would have been anywhere from 500K units on up. His name is whispered in darkly lit halls filled with thick clouds of chronic smoke, where rappers and their bodyguards are overheard saying things like “Isn’t he the dude that beat the entire Hieroglyphics crew singlehandedly?” and “Yo I heard he was so hard he smoked Caine in Menace II Society!” and “He used to roll with Tupac Shakur, word is he taught him everything he knew about rhymin’, straight up.” Within each of these statements lies a kernel of truth and a large amount of exaggeration, but the mystery is only perpetuated by the fact Saafir releases so few albums and is so rarely seen. Saafir may be the quintessential definition of Cali underground, a rapper so unseen he makes Quasimoto feel like a household name by comparison.

2006’s “Good Game: The Transition” is a typical Saafir release in that it’s so far off the radar it didn’t even make a blip when released, although it did receive surprisingly good distribution thanks to a link-up with ABB Records. The self-proclaimed leader of the Hobo Junction won’t be blowing up the charts any time soon though, due to his unapologetically anti-traditional rhyme attack. Saafir gets so far off beat when rapping you might think he forgot where the beat even began, but the oddest thing about his flow is that taken as a whole his pause-shift stop-start rhymes DO seem to have a rhythm all their own. One might say Saafir is what you’d get from cross-breeding the genetics of Saul Williams with Thirstin Howl III, except with superior breath control and lyrical technique. The Nomad and his producer of choice Josef ‘JL’ Leimberg get things started the Bay way over the unorthodox sung “dum dum dum” track for “Crispy”:

“Stay driven, rider with live transmission
Stay dippin, slide up hella high, fo’-five
I ain’t slippin, she won’t gimme this cash
I ain’t trippin, shit mayne, that’s a good thang
Spittin image, of a motherfuckin P.I.
I’d rather be that, than a motherfuckin G.I.
Grippin that big headed Benjamin like BEYOTCH!
Now watch her say hee-haw
Watch her play the heat rock and say he not, like dopefiends
He so clean with no gleam?
He still cleans the crispy, that’s right it’s me
Shaft Sizzle! He don’t laugh a little, he laugh last
He don’t pass gas or poop dig
He the shit y’all, he could get y’all eyes open wider”

Piecing together Saafir’s flow is like staring at a jigsaw puzzle of Mona Lisa broken down into ten thousand pieces, and part of the reason for Saafir’s relative obscurity is that no matter how beautiful the end result the challenge is still hella intimidating. In fact “hella” may be Saafir’s most easily understood and little recognized contribution to pop culture, a bit of Bay slang he first spit on Casual’s “That Bullshit” long before Cartman ever said it on South Park. To borrow a phrase from that song’s outro, Saafir Shaft Sizzle’s flow throughout “Good Game” is “hella raw – country accents, hillbillies and all that.” He’s an unrepentant Oakland lieutenant who’s not afraid to be local with his lyrics and vocals, which is another reason his skills are hard to translate even over obviously commercialized concepts like the Indian backdrop of “Cash Me Out”:

“I’m tired of these, niggaz that’s lightweights in the ring
and think fame can save ’em, but rap like they wired to the knees
Two inch snitches make up fifty percent of niggaz spittin bullshit
Claimin to be riders and G’s, you know this (fuck ’em)
[…]
When he wrote this shit, he lightweight soaked in the feeling of hopelessness
But he knows he spits and he knows he fits on Mt. Rushmore
His space is big face to taste and eat
And replace the weak over saucy beats with heat
That stay deep in the game
Underwater rhymes like +brrr+ +brrr+
Sizzlean is the name, the sign of the time, the game or the grind
Now how nobody shit the same as mine, nigga cash me out”

Now let’s take a moment and address some of those earlier exaggerations so you can correct your friends next time you cypher. Saafir did battle and defeat the Hieroglyphics in a famous live on-air battle at KMEL but he didn’t do it singlehandedly – the Hobo Junction was in the house too. Saafir was in “Menace II Society” but he didn’t smoke Caine; ironically his character Harold Lawson was Caine’s cousin and ended up catching one straight to the dome at party gone wrong, ending his life in one of the film’s turning points. Last but not least Saafir and Tupac did indeed roll together in the early days of Digital Underground, but by that time Shakur was already well on his way to rap superstardom and had formed most of the famous trademarks of his rap style and flow. Saafir has his own trademarks too – incredible story-telling narratives like “One of the Hardest,” slow riding thought-provoking joints like “Get Busy,” and a lack of fear to try anything new including exposing new artists like the simply named Lady on “Take Ya Time” and “Daddy’s L.G.” For better and for worse though “Good Game: The Transition” isn’t actually going to transition Saafir into anything. It won’t transition him to a higher level of commercial recognition, or album units sold, or bigger than bit parts in most movies and TV shows. That being said if Saafir really did “Transition” to any of those things, what makes him quintessentially Saafir might get lost in the process. Far from advocating holding Saafir down, this reviewer would love to see him sell more than Diddy any day of the week, but his commitment to quietly dropping some of the freshest rap you never heard makes him richer in hip-hop status than 20 peers combined with the same boring rhymes.