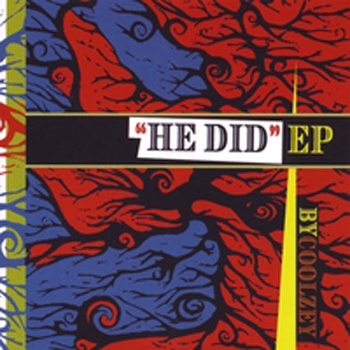 Former member of the Sucka MCs collective, Coolzey is described as a “hip hop renaissance man” and a triple threat (MC, producer and DJ) who hails from the American heartland of Iowa. In his younger days, he was obsessed with the beat and rhythm of hip-hop music, but was confused by the urban slang used throughout his favorite albums. Nonetheless, he wrote his own raps to looped Tribe intro samples and staggered onto college where he discovered the not-so innocent vices of drugs and alcohol. Hooking up with the Sucka MCs, Coolzey and his crew were mostly shunned by critics whom the MCs felt didn’t quite understand their brand of comedic rap. Yet, they were also kicked to the curb for their drunken antics during and after their performances (like putting the headliner for whom they opened in a headlock on the stage during the show) and gradually separated. Now solo, Coolzey seeks to inject more of his unique viewpoint â€“ those traditional values of hard work â€“ into new age hip-hop set to a 90s-type feel, producing a distinctive and solid effort in the “He Did” EP.

Although he grew up in a farm outside of Des Moines, Coolzey was somehow seduced by the sounds of “golden era” hip-hop in the form of the Juice Crew, Biz Markie, and the Native Tongue movement, and their influence is found pulsating in the vibes throughout his EP. For example, the lead off “French Fries & Ice Cream” juxtaposes Coolzey’s laid back, clear, and simplistic but developed flow against a nostalgic but fresh blend of boom bap and clever samples scratched in, Hi-Tek style, to re-introduce himself. As the title suggests, the song mashes together his favorite styles, raps, and whatnot that may not be entirely healthy, but sure tastes good. The song fades to the blaring synthesizer and circus-like crescendos of “He Did.” The layered sound provide the perfect backdrop to Coolzey’s loosely connected meanderings on hip hop music, ultimately serving to reveal his passion for rap as he spits, “I’m just trying to give back/ the joy that was given to me in my youth/ and throughout my whole life/ â€˜cause this music saved my fuckin’ life/ so why would I ever disrespect it/ neglect it/ yo â€“ fed up, load it up/ and kill the fuckin’ record.”

Unfortunately, the album continues in somewhat of a redundant tone as “Mentality” bears much of the same fundamental sound as its two predecessors, albeit still an effective beat. While, as a listener, we do look for fluidity and a common rhythmic theme throughout an album, for an EP of few selections it is important to present a wider array of songs. Thus, the following track, “Funny Rappaz,” provides a sharp and welcomed change in both beat and rap flow. Here, the horns blast up and down along an up-tempo drum-line, proffering an effective platform for Coolzey to follow in-step with the rhythm and battle-rap his way out: “So get up, stand up/ Time for you to man up/ Begging for some whoop ass/ You let me open the can up/ Beat you like a step-kid/ Eat your ass for breakfast/ Eat you like Chex-mix/ Make a better death mix.” Coolzey saves his best for last, lacing a stripped down beat with sparse string blasts lying atop a different sort of narrative about nature and blue-collar work ethic. “Trees and Dirt” emits Coolzey’s unique personality and perspective, detailing the importance of Mother Earth and fulfillment of working class work.

Overall, Coolzey has produced a stellar if unspectacular short feature of songs that allude to his potential. Although he is no stand-out MC, his content and style are refreshing and suffice for a strong alternative to your more radio-friendly music. Interestingly, this rapper is multifaceted in the arts, and has dabbled in rock and alternative bands (see the Rhombus or Old Man for example). While some might see him as some crossover artist, the hip-hop of old, the hip-hop Coolzey grew up on, was a kaleidoscope of samples from varying music styles and, in the end, makes for a well-rounded, better-informed rap artist. Indeed, Coolzey will not be the next great rapper, but he is another addition to the strong and diverse underground of hip-hop music.