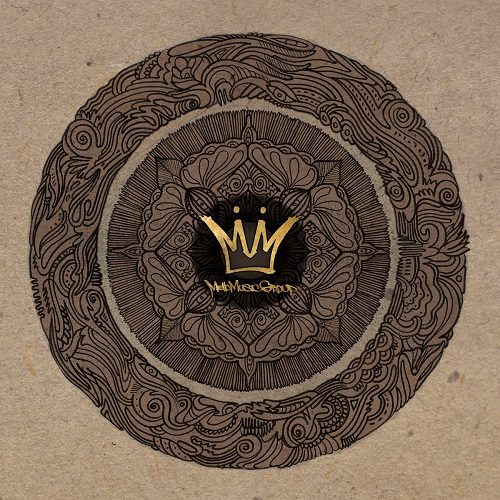 Following Mello Music Group’s first volume in their “Mandala” series, “Today’s Mathematics” is most certainly the other side of the coin – the yang to the first volume’s yin. They complement each other well, with “Today’s Mathematics” possessing energy, attitude and in turn, accessibility that “Polysonic Flows” struggled to offer. This is of course done on purpose, as the label has a diversity that is arguably unequalled. For a smoother, laid-back collection to throw on during a late-night drive, “Polysonic Flows” is most certainly a sensible choice. The Oddisees, Has-Los and yUs offer up that matured, intricate approach to hip hop, whereas “Today’s Mathematics” is more in-your-face and boasts emcees that attack mics with added ferocity. This isn’t to say that the album is merely a bunch of hard beats and hard rhymes, far from it.

The thumping production that comes courtesy of the likes of Audible Doctor, Apollo Brown and Gensu Dean does steal the shine from other offerings, particularly the first few tracks. Duke Westlake provides a bouncy beat for Rapper Big Pooh and Stik Figa on “Juk” that instantly usurps the already impressive introduction from Audible Doctor and Fredro Starr (“No Design To This”). Considering Murs has utilised 9th Wonder’s brand of crashing hip hop for many years now, it’s no surprise that “The Pain Is Gone” sees Murs sound at home atop Apollo Brown production. He provides a typically telling tale of joy and pain that comes with unprotected sex, accompanied by his trademark humour.

Audible Doctor shows symptoms of ‘being sick’ on “Space Age Doctor”, a crisp, fanciless instrumental, but “The Last Real One” is the pick of the bunch. Has-Lo sounds reinvigorated despite still dropping a “talky” verse, and that’s down to the bombastic approach to sample chopping the Doctor has ordered. Verbal Kent continues to be in “Beast Mode” with a Kaz-1 beat not unlike his recent collaborator Khrysis supplied for “Sound Of The Weapon”, and appears alongside his Ugly Heroes partner Red Pill on “Pay Attention” that sounds as you would expect. It’s not one of Apollo Brown’s greatest productions, but the Papoose sample proclaiming “folks pay dues, not me I pay attention” works perfectly. The other Ugly Heroes track (“Low Serotonin”) is less impressive, unfortunately suffering from a sub-par Oddisee production. Def Dee blesses two tracks, the Bahamadia-sampling “Keep It On The Hush” and “Listen To Me” which lives up to its name, growing with each time you listen to its hypnotising charms.

“Today’s Mathematics” is a strong collection of Mello Music’s latest and greatest but unfortunately pitters out during the latter half of the record. It’s not so much the songs aren’t worthwhile, but the energy and flow of the album overall just loses some of it’s impact. The first ten tracks go in hard in that ironically soft, soul sample way that the label’s heavyweight production from guys like Apollo Brown, Duke Westlake and Audible Doctor can conjure up. I just felt that while it is a better overall package than the first volume (“Polysonic Flows”), it’s still not quite that classic mix that Mello Music can easily produce with such a talented roster to hand.