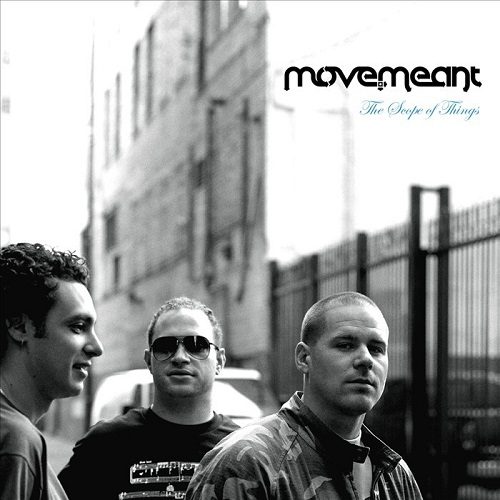 Move.meant :: The Scope of Things

We all can’t be Common. Besides his intangibles; that classic voice and glowing charm; he’s part of a handful of emcees really capable of flipping the “conscious” card with any sort of success. Maybe it’s because he’s paid so many dues he’s even able to get away with certain verses, but few call him into question, because he comes from the heart. Or at least with that priceless delivery, it sure sounds like it. In reality, he’s survived and excelled in hip-hop because he’s been able to switch it up at whim, not because each rhyme proposes a solution to whatever government problem is at hand.

People are all-too quick to praise emcees on the positive tip, because naturally, it’s hard to hate on a good heart. But preaching to the youth and scolding the wicked quickly loses its charm. Fans of Common know that he doesn’t spend entire albums lending a hand to the needy and holding a bible to his heart: he tosses in the juicy variables. At the very root of it, sinning makes for great entertainment, and rap music has always provided great proof. There IS a reason why Arrested Development isn’t around any more.

Move.meant are touted as a “positive” act, which certainly doesn’t seal their fate, but hardly bodes well for them either (kids: labels suck). One way or the other, they’ve represented well, having two songs featured in the Academy Award-winning movie “Crash,” a film and concept they suit extremely well. “Crash,” sure, but a full length album, not so much. While producer JustBeats has a good ear for samples and flips some pretty catchy loops, and emcee Champ is undoubtedly talented with a tight flow and good voice, the end product is a massive cliche with limited replay value.

“Say When” is a fairly interesting complaint, if not an extremely familiar, over-visited one (“if Pop Warner doesn’t lead to a scholie, they probably ain’t goin’ to college”), but a complaint it remains and nothing more. Kids are selling and smoking crack, schools still aren’t doing their jobs, and larger corporations continue to punish family businesses. Please, tell me something I don’t know. The title track, backed by a tasty throbbing beat, wallows in the same bullshit, only with some sprinkles on it and not as painfully direct.

When they aren’t narrating the country’s woes, they struggle with keeping things very interesting, relying on weaker concepts like “Gun Powder Language,” but even there a political undertone remains. “Breaking Point” is put together very well, a series of chanting giving a pulse to the beat while Champ tells the tales of lives on the edge. He’s a true talent, but still manages to match his nicer lines with stupid ones (“but I know what I know, you know what I mean?”), often on the same song. With the album being a “conscious” affair, Champ tends to venture too deep into well-documented territory, and biting off more than he can chew in the process.

The production plays out like something similar to what Lupe Fiasco’s beat-making team 1st & 15th would assemble, consisting almost entirely of upbeat samples and cheerful horns, but as minimalist as the beats are, it’s a wonder it actually takes two men to provide Champ with his backdrops. “Rock Steady” is painstakingly stripped down, with nothing more than a 70’s break and DJ Spider cutting some chick saying “rock steady” into the beat. Meanwhile, “If You Understood” is mega smooth, claps complementing its cascading horns nicely.

When Nas said hip-hop is dead, he wasn’t asking for a group like Move.meant to come in and right all the wrongs of the universe. It’s the creativity that’s in question, not the morals. Thankfully, this project wasn’t treated that way, but “The Scope of Things” remains unrealistically preachy and extremely been-there, done-that. The talent’s definitely there; it just needs to be channeled properly.