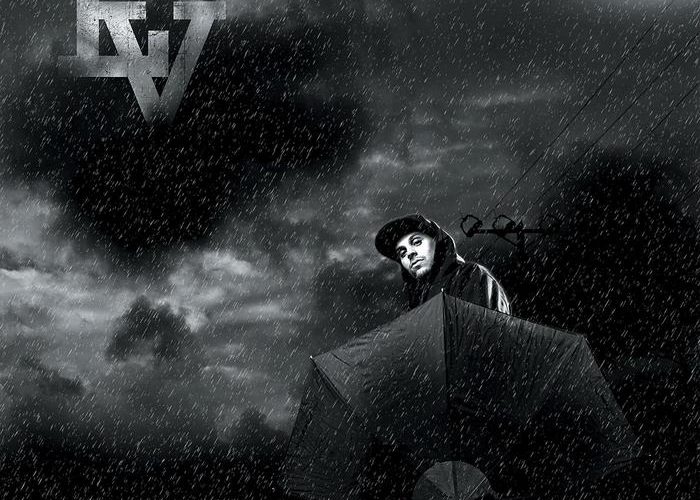 In the darkest reaches of independent hip-hop, deep in recesses populated by Cannibalistic Humanoid Underground Dwellers, Evidence is the rapper/producer trying to light the way to the surface. Why else would you call your crew Dilated Peoples, those who see clearly even in the darkest of nights, with both their ocular perception and third eye vision blown wide open like mydriasis? Unfortunately tireless advocacy of their “expanded” vision has generated plenty of critical acclaim and very little financial gain. When the only time your group can smash the charts is by doing a duet with Kanye West (“This Way”) it’s got to be hella frustrating. Love is love and love is good, but love doesn’t pay the bills or buy your food. As if that weren’t enough, even the underground gave up hope on his group. Surely Ev hears their words echoing in those dark caverns. “Dilated Peoples are overrated.” “Evidence’s flow is whack.” “If they were really that hot they wouldn’t need Kanye on their shit.” “Fuck that white boy! Fuck Dilated!”

Evidence has never quit on hip-hop despite the fact a long tenure in the underground has caused fellow independent denizens to be doubters. In fact if you thought that Ev’s desire to drop a solo album as “The Weatherman” signalled the end of Dilated Peoples, the architect brought DJ Revolution onto the opening track “I Know” to catch a little wreck. He scratches the lines that cement Ev’s story: “Goin’ on my own, somethin that I gotta do” and “I didn’t leave my group, it’s just time we all expanded.” Any time Revolution spins the 1200’s it’s a good day, but the real story here is the pounding Ev beat and his combative lyrics:

“Pack them in, capacity, maximum, no less
Attractin them; old folks askin him
Turn my music down – understand I’m passionate
Up late, no sleep, grind hard, go deep
What’s meant to be will be, it’s no accident
Years overdue, the solo comin soon
A world premier, face the moment of truth
Crash course, smart enough to understand percentages
Some put in work, never reaped any benefits
Both middle fingers up, pointed at the industry
Not yet, but when the cat’s gone you’ll be missin me”

Surprisingly Evidence doesn’t produce all of “The Weatherman” himself; preferring to concentrate a little more on his flows and cede a little of the studio control to others. This strategy proves effective right from jump on the operatic and thumping Sid Rooms beat for “Mr. Slow Flow,” with Revolution twisting the perfect Jigga line “I slow flows y’all to death” from the extended version of “A Million and 1 Questions.” Things only get hotter from here. Alchemist chops it up lovely on “Let Yourself Go” and Little Brother’s own Phonte jumps on the track to drop a few bars himself:

Keep it moving from there right into Jake One’s sly shuffle stepping bell rocking “Down in New York City” beats, Babu smoothing it out on the R&B laced “A Moment in Time” featuring Planet Asia, and the monster rock’n’roll guitars and pianos that DJ Khalil put on “All Said & Done.” It should be a crime that there aren’t any programmers out there in radio and satellite with the balls to put this track in the mix, particularly since it’s tailor-made to blow with Kobe singing the hook and Evidence flowing on the hot beats:

“Some die violent, rest in peace
Instead of brew, we pourin out gasoline
It’s a cold world of course, still tryin to breathe
Tryin to stay on course, in no rush to leave
JUST, stickin tongue in cheek; and speakin of
Speak to my peeps in time with the drum
This the taste to say the least, Weatherman LP
It’s the shape of things to come”

The scary thing about Evidence’s solo release is that everything named thus far is only in the first third of the album, making it three times better than two-thirds of the rap albums that come out these days. At some point you’re expecting Evidence to slip and fall off, or one of the beat’s to miss the mark, but the plane never gasses out and falls into the ocean even when confronted with a “Perfect Storm.” In fact Sid Rooms steps it up to another level, creating a track that would be perfectly at home on any Dilated Peoples album, and not surprisingly Rakaa Iriscience guests on the cut. “You thought vampires only roamed in the evening/but they be in boardrooms and they feed at lunch meetings.” One of these days heads are finally going to give Iriscience his due and “rock with Rakaa ’til Babylon drops the curfew.” Madchild also guest stars on this cut, it’s almost too much to take. Alchemist provides a surreal background of children singing on “Chase the Clouds Away” before Evidence finally gets back on the boards for “NC to CA,” an epic collabo’ featring Defari, Rapper Big Pooh and Joe Scudda.

To say the guests on “The Weatherman” are well chosen would be an understatement. Even when Alchemist himself raps on tracks like “Hot & Cold” you can’t really be mad at it; he’s a better spitter than other rapping producers like Scott Storch. Still he’s not out to steal the shine from deserving underground artists looking for the light themselves as you’ll hear Slug on “Line of Scrimmage,” Res on the monster banger “Believe in Me,” and both Chace Infinite and Sick Jacken on “Born in LA.” I’m honestly hard pressed to find any fault with this album whatsoever, right up to the touching self-produced “I Still Love You” at the end.

“You always told me this body’s a shell
We sons and daughters of God, there’s no heaven or hell
Misguided energy, never born, never die
Some get led down the wrong path mentally
Ma – too good for the Earth
And when I say I love you now just don’t know what it’s worth
Cause you ain’t hear to hear it, am I bein selfish or bein fearful
And some days don’t even know what I’m here for
Cause all my goals were based around you
Every dream a son dreams for his ma, wants to do
I keep tellin myself you in such a better place
But I’m havin hard time not seein face to face”

To close this review without admitting some previous bias for Dilated Peoples and Evidence in particular would be an injustice, given I’ve long stood up to defend their place in rap ever since “Work the Angles” first hit the map. That being said, even if “The Weatherman” only sold a thousand units, those one thousand people would the same level of rejuvenating hip-hop soul that the millions who bought Nas’ “Hip Hop is Dead” did. If you’re so busy obsessing over the idea that Dilated Peoples are a bunch of overrated backpacker rappers, shame on you. Does Evidence present a flow that’s going to appeal to everybody? There are some who will rally and cry against his slow flow style and say that he’s lacking in charisma, but spitting fast and shouting a lot doesn’t make one a great rapper either. The key in hip-hop has always been doing the best and making the most out of what you have, and on “The Weatherman” Evidence has not only exceeded his own capabilities but made a timeless album even the most jaded hip-hop critic should admit is the shiznit without hesitation. Well-produced, well-written, and well-delivered, “The Weatherman” is the answer to the quetion Nas posed – as long as there are artists out there like Evidence doing their thing hip-hop’s not dead at all, it’s alive and well.