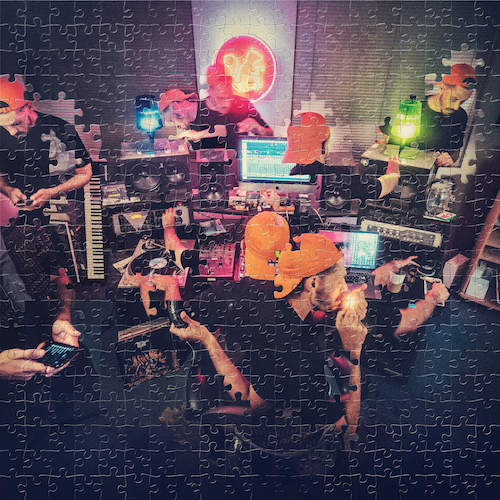 Michael Perretta has a remarkably consistent voice. That might seem like a rude way to open a review of Evidence’s “Unlearning Vol. 1” but if it’s the first thing on my mind, I have to think long time fans will be thinking the same thing. Let’s do a little bit of comparison for the sake of argument and see if you feel the same. Here’s how Evidence sounded in 2007, going solo for the first time after the a long period of success as part of Dilated Peoples.

It’s almost like he hasn’t aged a day in 14 years. If anything his voice has gotten younger on “Unlearning Vol. 1” compared to his early career. I always thought getting older made your voice deeper, more gruff and lower in pitch, but if anything Mr. Perretta would sound slightly younger today. Maybe that’s attributable to clean living, but I can’t imagine the rapper who once joked “I ain’t smoke weed no more … but ain’t smokin no less” suddenly gave up the cannabis habit. Either way “Better You” finds him linking up with Alchemist once again, and the producer’s dank murky production fits Ev like a glove. He’s always been a super producer in his own right though, so Perretta provides his own beat for “All of That Said” feat. Boldy James.

That’s far from the only guest appearance. Conway The Machine joins in on “Moving On Up,” produced by Daringer and featuring scratches by long time Dilated cohort DJ Babu. Beyond that I’m admittedly less familiar with the cameos on “Unlearning Vol. 1.” This is my first time peeping Fly Anakin but his bars on the sparkling Ev instrumental for “Delay the Issue” are solid enough. Navy Blue almost seems to be better known for skateboarding than rap but I enjoy his laconic delivery on “Pray With An A,” and EARDRUM’s beat has that Omari West smoothness from before Kanye flipped his wig. “Pardon Me” though, you’re here for one-third of Dilated, not all of his friends and associates.

This Animoss track is the first time where I really felt Ev’s age on the track — not so much vocally but lyrically. He sounds battle weary here. “I just take it/living waiting for they time, contemplating/dealing with latent issues/dealing with other shit that ain’t come in the fold/’til they went too far and they had already done sold their soul.” This is a rapper who paid three decades of dues and isn’t surprised by anything. “I seen enough to know when they ain’t being honest with me.” At this point it almost transcends rap to become some shit he just needed to get off his chest, to the point he vows he needs “more than 16” to say it all. That works for me.

It has been almost a year now since Rhymesayers teased “Unlearning Vol. 1” with the video above, and although the song itself is not included that’s the only complaint I can issue. From the extra dank Sebb Bash beats of “Sharks Smell Blood,” to the underrated Mr. Green’s reverberating electronics on “Won’t Give Up the Danger,” to the laid back simplicity of V Don’s “Taylor Made Suit,” Evidence doesn’t give any producer shine who can’t handle their work on the boards as well as he does. That gives him the comfort to lay back into his self-described “Mr. Slow Flow” personality, letting both his raps and the tracks breathe. Selfishly I wanted more Alchemist and Evidence beats, but “Unlearning Vol. 1” still gets the job done and delivers what his long time fans are expecting.