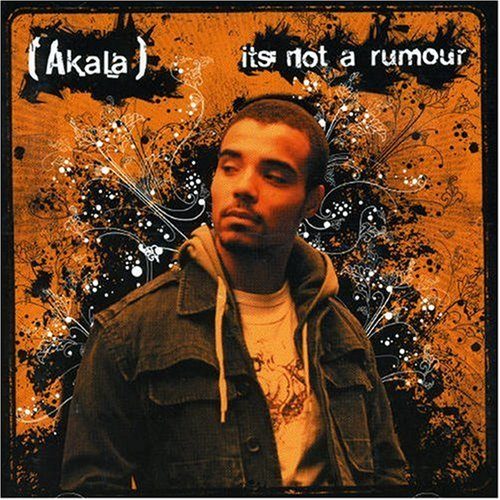 After a long wait, countless international appearances across the globe, and mixtape fire, Akala finally drops his full length debut. To say it has been eagerly awaited would be a mild understatement – and of all the reported ‘Saviours of UK Hip Hop’ (also see Sway and Klashnekoff) here is one of the most respected. Enough has been written about Ms Dynamite’s little brother in the UK – and goodness knows, he has done countless interviews and live performances. Anyone would think he is an industry vet. Of course, his big sister Ms Dynamite had relative success with her Mercury-winning debut, ‘A Little Deeper’ â€“ which helped open the door for Akala (real name Kingslee Daley), leading him to open concerts for Common and Jay-Z. His breakthrough single was the techno-sampling “Shakespeare” â€“ a single so hot it helped lead him to win the ‘Best Hip Hop Artist’ in the 2006 MOBO’s (beating Busta, Sway and Kanye in the process). So how does the debut album which won him that award measure up?

Much has been made of Akala’s claim to replicate Jay-Z, Biggie and (latterly) Kanye’s song-writing methodology – in other words, he writes no words, instead choosing to ‘write’ songs in his head. This, he insists, is the way forward to achieving legendary status – as B.I.G. and Jig had, in his opinion, the best flows. As a side issue, we will be addressing Akala’s own Bruce Lee attempts to ‘be like water’. The album itself is only 11 tracks long, plus a bonus remix thrown in for good measure â€“ thus the potential for filler material is greatly reduced.

As soon as the album kicks off, you know that you are in for something different – the first three tracks are all, effectively, Hip Rock music. Now, before you reach for the eject button, give the album a chance – the results are relatively successful (remember Run DMC and Public Enemy??). In fact, the only reason you may not like second track “Yeah Yeah Yeah” is the overly repetitive chorus. The opener “Stand Up” is charged with energy as he implores all the hoods of the UK to get up on their feet, and he adds fuel to the populist fire when he brashly states that he “ain’t watching the States neither – that shit’s tired, All the great rappers either dead or retired!”. Lyrically and flow-wise, he kills it, buries it and holds a memorial service â€“ and, musically-speaking, the Public Enemy comparisons start to make sense. The second aforementioned song is good, not great – but the flow is intense and he turns on the turbo at will to spit quick-fire rhymes. Next up is “The Edge”, featuring a chorus from Niara – a real grower, and an incredibly positive life-affirming power number. The breakthrough single “Shakespeare'” follows, and again Akala is on top form:

“That’s that, rap track, clap ya like a black gat
Back chat, crack back, I’m the nigga, that’s that
The rest of these kids is irrelevant
Don’t compare me to him, that’s just begging it
I’m on my own shit, dicks ain’t spit
Its no democracy, dictatorship
So dicks hate my shit, I’m sick, raise ya spliff
I’m swift, blaze ’em quick, my hits major shit
I flip phrases quick, my sick razor shit
Give thick grazes quick, and chicks say he’s cris
Its not a rumour, that kid Akala
No not ‘Ack-a-la’, beg ya pardon!”

This is a huge song, and Akala delivers HARD – there can be little surprise that he found success on commercial radio, as the sample of Tomcraft’s song “Loneliness” is a clever move. However, just as we hope that the momentum will be carried forward, the track-listing bobs and weaves – a more acoustic track pops up in the heartfelt “Carried Away”. It is a late night knowledge track, best listened to with the lights turned down low â€“ and is somewhat reminiscent of a stripped-down version of Jay-Z’s “My First Song”. Perplexingly, it is back to the Hip Rock element with “This Is London” – sampling The Clash classic, “London Calling”. Here a chance is missed, and although the track is solid, it could have been spectacular.

The issue of Akala’s flow also starts to crystallise here – he is lyrically more impressive over a faster beat, spitting quick. When he has time and space, it seems to distract him as an unnecessary luxury – like a quarterback with too much time to think. This doesn’t apply to concept songs, such as the excellent “Bullshit” – but definitely unhinges “Roll Wid Us”, as the flow at times is incredibly awkward and out of place on an otherwise impressive album. Both beats are superb, however, and Akala certainly seems to have good taste in music. The album takes a dark turn with a brooding, underwhelming beat for “Cold”, and immediately switches back up to an uplifting soulful vibe with “Hold Your Head Up” – the inconsistent track-listing is, by this stage, becoming a potentially critical flaw in the album’s quest for greatness. The final official song “Why Do” finds Akala depressed, trying to understand the world around – but at least big sister Ms Dynamite on vocals is there to comfort him. It is not the strongest closing sequence, but the bonus Mikey J Remix of “The Edge” ends the album on a superb note, and the lyrical heat is brought in style. And, to quote the Kaiser Chiefs, “That is the end of that!” – a thankfully brief album with little real filler leaves you ready to press play again at your own will.

When looking at the album as a whole, it is clear that Akala has taken a calculated risk – he has analysed the current global market, and discovered that most kids like guitar-based music, be it a hybrid of Hip Rock or acoustically chilled out vibes. These forms make up half of the album, whilst the other half is a mixed bag of techno, old school hip hop, soul and 808’s. And while it is certainly tempting to award this album classic status, the musical choices and sequencing make that a difficult prospect. It also seems, at times, that he desperately wants to make a name for himself – this screams out at the listener in a ‘look at me’ type of way â€“ though some would argue that this is one of the very building blocks of hip hop itself.

What is also apparent, however, is TALENT – Akala has this in abundance. He is a charismatic, charming MC: at times brutal but uplifting, cocky yet broken. His lyrics burn with a desire to be the best, and he cares so much and pushes so hard that he almost spins out of control – teetering on the edge between safety and recklessness. And THAT is what carries the album through over the finishing line. Lest we forget, this is the debut of a young rapper who may well be going places, and let’s hope he has a long and successful career ahead of him – but for now, let him develop at his own pace, and don’t hang the ‘Saviour’ millstone around his neck just yet.

Akala :: It's Not a Rumour
8.5Overall Score
Music8
Lyrics9