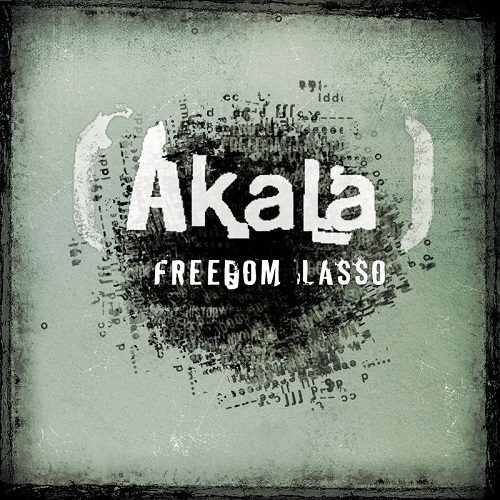 Akala: (Please leave a message after the tone) Yeeeah big sis, also known as Ms. Dynamite! Where the fuck are you, Niomi? How does it feel having a little brother who is bigger than you now? AND more judgmental too? I won a MOBO, I beat all those Yankee tarts like Kanye, 50 Cent and Tupac with my first album. I’m riding high – I am the Black Shakespeare, ya get me?? I write rhymes in my HEAD, like Jay-Z, woo-woo!! And another thing, I ain’t gonna fuck up my second album like you did with yours… Safe, Skype gonna cut me off soon, see you at Sunday lunch.

Ms. Dynamite: (Typing an email to her little brother) First and foremost, fuck you, Kingslee, I’m the new Lauryn Hill. Allow that skank Estelle – yeah so she’s working with Kanye and Will.I.Am. But that don’t mean shit where I’m from. And I can out-judge you any day of the week – didn’t you listen to my second album, whatever the fuck it was called? Safe, don’t forget to steal some Extra Hot sauce from Nando’s for Sunday lunch, you know things are tight right now. Lauryn xx.

“Dear Akala, my name is Reza Safinia and I will produce your next album for FREE – I will even do the photography and all that shit homey. Cheers, Reza.”

Who the fuck is Reza Saf- wait, what’s this?

“PS- Before you ask yourself who the fuck I am, I worked with your sister, plus Kylie, Wu Tang and Timbaland. Oh, and you.”

Wow, this guy must be good if he worked with the Black Shakespeare… Hmmm, and things are tight right now – fuck it, he’s gonna work for free!! Hey, I’ll even get the word “free” into the title of my new album… L’chaim, bitches!!

Reza Safinia: (Giving dictation to one of his personal assistants in his Chelsea mansion) Right, Sofia, take note.

“Dear Daddy, I am working with a young chap with a lot of street cred, Akala. Got a bit of a problem. He’s not quite as good as he was last year, and he is ten times more judgmental. At first it was endearing, now it’s just annoying – every time I eat a chocolate biscuit, he mutters, “A moment on the lips is a lifetime on the hips!” Anyway, the only way I’ll get through this with any respect is if you wire over a bit over money so we can get a couple of “clever” samples cleared. It doesn’t matter if the rest of the album is rubbish – I’ll just make some of the tracks merge into one another, like my industry friend Timbaland did with Justin’s LP… Oh, and I’m going to pay the engineer a bit extra to subtly drown out Akala’s vocals – only way forward. Regards to Mummy, see you at Polo on Sunday, Reza.”

Thank you, Sofia – now get Ms. Dynamite to make me a cup of tea once she’s finished polishing the Jag.

Akala: (Giving an online interview to the press) Yeah yeah, basically this is the lowdown for the second album. It is called “Freedom Lasso” and it is CLASSIC shit, only 10 tracks long – like that American rass clat Nas’ debut. And I’m working with this guy Reza Sardinia, he’s a genius. He can make three decent tracks cover any amount of other shit. I think “Electro Livin'” basically judgmentally talks about how we in the West are so dependent on electrolysis, except the French. Then I’ve got a track where I conclusively PROVE I am indeed the Black Shakespeare, called “Comedy Tragedy History” – the music is only alright but I’m a fucking hero, managing to name-check all my works from the 17th century. Then the other decent track is called “Where I’m From” which is basically me judging the listener, whilst telling you about isolated areas of London, plus (get this) TALKING over the chorus and outro in a judgmental way. It is SICK bruv. Safe and that. Umm… Do I get paid for this interview?

Illastate Records: (In a memo to artist) Dear Akala, whilst we are aware that you helped form this record label, an unfortunate incident has occurred – our Finance Department actually listened to your forthcoming album. Needless to say, they decided it wasn’t a worthwhile investment actually MARKETING it. They hastened to add that you can attempt to market it yourself – by any means necessary – but don’t be surprised if very few people realise that it exists. You could try selling your MOBO award on eBay, and making a video with the proceeds. Just please don’t choose “Bit By Bit” as a lead single. Regards.

Ms. Dynamite: (Leaving a voicemail) Yeah yeah, Bit By BITCH, it is your big sis Niomi here. Well done in continuing the family tradition of fucking up our second albums – I always knew you wanted to be like me. But at least I did classic judgmental garage anthem “Booo!” with Sticky!! Safe, got community service and that, see you at lunch on Sunday. Mwah love you, Lauryn-i-tee.