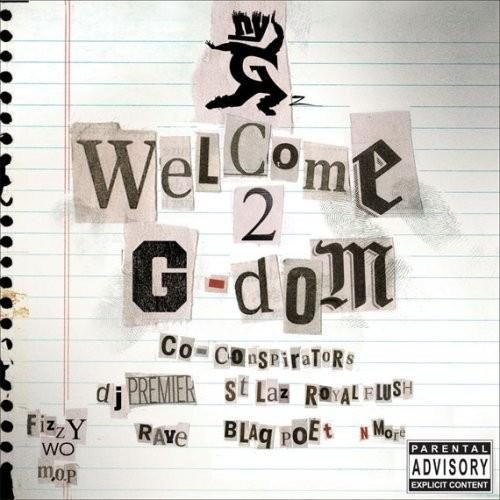 When I was at school, we learned the value of first impressions and presentation. Of course, we rebelled â€“ why did we have to conform to regulations so that we essentially all look the same? Yet, deep down, we still recognised the values that were being taught to us â€“ first impressions count, and if you turn up for a job interview or whatever looking like you just got out of bed, you won’t get far. Luckily, some (but not all) of us also discovered that ALTHOUGH being presentable is important, one shouldn’t let it get in the way of recognising core truths or talents.

Which brings us onto this joint by NYGz â€“ the copy I have received is abysmal in terms of presentation. A slim CDR case, with a lob-sided scissor-cut piece of home-printed A4 paper… I suspect that this is simply a preview copy, and I pray to the Lord above that when they release this shit properly, it looks better than what I’m looking at right now.

And I also pray that they find success with the release of this shit, period. It is absolute FIRE.

Put simply, the project has been overseen by DJ Premier. Yes, THE Premier. He drops seven wicked beats, and (presuming he executive produced it) coordinates a fluid succession of sheer excellence. Musically, it flows together almost flawlessly â€“ in fact, there is virtually nothing for me not to love, and I can barely pick out highlights because it is truly of such a consistently high standard. Good judgement is in evidence at every turn, and the result sounds like New York hip hop in its heyday.

As for the vocals, dropped by the gruff-voiced Panchi and the core-raw Shabeeno â€“ one can only judge either MC by their ambition. They clearly state theirs by declaring a need to reclaim the streets â€“ OK, bit of a clichÃ©… But hell, this is hip hop, kid! And I think what they mean is succeeding Gang Starr, MOP and all of them dudes. They sound completely at home with such illustrious company. Lyrically, their flows are on point, and whilst they aren’t sailing into unchartered waters, the job they doing of melting into the tracks more than excuses this.

I’m deliberately going to keep this review short â€“ I won’t include quotes, there is no point. There is no more I can say about the music â€“ seven on-form Primo beats, and consistency throughout. The two rappers are so solid, there is little to be gained from dissecting them â€“ and the guests slot in seamlessly. However, I will definitely recommend “Welcome 2 G-dom” to all and sundry â€“ I’m sure the actual release won’t look like the copy I received! Without a shadow of doubt, it is WORTH YOUR MONEY for sure.