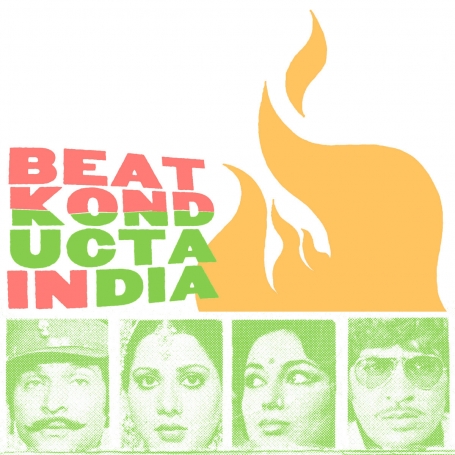 The very release of “Beat Konducta in India” speaks volumes to Madlib’s credence as a producer and musician. Had nearly any other heavyweight attempted such a project – constructing an album entirely from Indian samples – eyes across the country would roll in skepticism. But with ‘Lib, it’s like natural progression, and in comparison to select works, it’s probably a step closer to a traditional hip hop sound (believe it or not).

The third and fourth installments to the “Beat Konducta” series truly put Madlib’s skill as a maestro on display – if listeners didn’t know better, they could easily mistake it for an hour of authentic Indian music. In that regard, the production is impressive from a technical standpoint. Madlib forgoes standard boom bap and instead relies heavily on foreign percussion and midi effects. But as it turns out, the advantages that come with the Beat Konducta’s expertise actually work against him throughout the album. The beats are still dusted and crispy, but Madlib prefers to keep it subdued, offering a brilliantly cohesive set of background music, if not little in the way of standout bangers. As such, it’s able to move in a completely new direction while still being a fitting sequel to “Movie Scenes.”

The highlights come in the form of melodic samples and expert arrangements, not back-breaking beats and cleverly scratched vocal bits. “Movie Finale” is the closest thing to previous Madlib work, using a mysterious loop, familiar drums, and trademark pauses in the instrumentals. “Raw Tranquility, Pt. 3” loops a minimalist sample before blossoming into a cascading arrangement of chimes and vocals. “Accordion for Raj” is a spastic, stuttering set of crunchy percussion and crunchier accordion, and “Piano Garden” sounds like perfect background music to a Bond film. “Indian Bells” doesn’t have shit on “Spanish Bells” from “Vol. 1 & 2,” although it’s nice in its own right, and “More Rice,” a collage of harps, strings and guitar, is the heaviest thing on the album.

Unfortunately, the standout tracks mainly stand out because of the repetitive material in between. Tracks like “Freeze,” “Organ Stroll” and “In the Cave” are boring, bongo-laden drum loops with little variation, and songs like “Onthatnewthing” utilize minimalist samples that desperately struggle to hold attention. Luckily, the good easily outweighs the bad, and the album works as an extremely consistent whole.

It’s interesting to see how Madlib flips the sources at his disposal, but you can’t help but feel he’s been limited. Let’s not beat around the bush. Madlib, in fasting from epic film soundtracks and rock, soul and jazz records, has been unable to knock many beats out of the park with his trademark style. Still the listen is incredibly smooth, and if Indian music is your thing, you’re sure to fall in love with “Beat Konducta Vol. 3 & 4.” Traditionalists will take a pass, but those looking for an alternative to the norm may find exactly what they’ve been searching for.