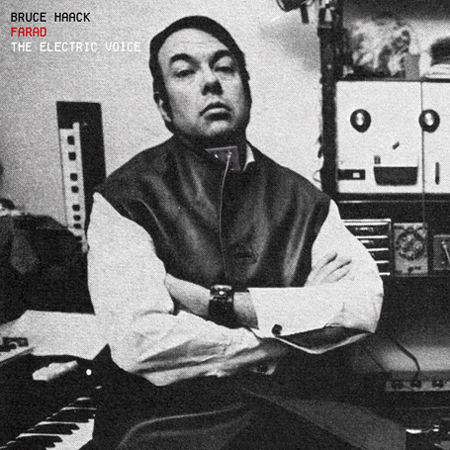 I have never been, nor am I currently the type of person to describe music as being “my life”. Despite the fact that music pretty much is my life, I’ve always felt that articulating that statement out loud would be an insult to all the other things from which I derive pleasure in this world. My friends, my family, my pets, and the places I’ve been during the happiest moments of my life have always made for some of the most vital components of who I am, or think I am. However, when I reflect on the most memorable and enjoyable days and nights, the first thing that comes to mind are the albums and songs that I was enjoying at the time. When I think of “Go” by Common, I remember of a cute young lady from the summer of 2005. Whenever I make my way up to Stratford, Connecticut, and enjoy the summer breeze on a park bench on Burbank Avenue, I think of “Uplifter” by 311, “Razorblade Salvation” by Jedi Mind Tricks, or “Starry Eyed Surprise” by Paul Oakenfold.

I don’t think I’ll ever truly know why I’m this way, nor am I in any rush to analyze why I enjoyed playing Nintendo for hours on end as a child, more so because I enjoyed the music than I did the game itself, most of the time.. As a matter of fact, the first song I can remember falling in love with was the theme for “Flashman Stage” in Nintendo’s 1988 best seller “Mega Man 2”, when I was seven years old. If you haven’t already clicked your way out of this review, you are probably wondering what the hell I’m talking about, and why. The answer to the latter question is simply that I have never in my entire life listened to an album like “Farad: The Electric Voice” before, and its closest resemblance to music I’m actually familiar with is to the themes in my favorite Nintendo games.

Obviously, the music on this album is more technologically advanced, conceptual, and professional, but it just sounds to me like Bruce Haack made music simply to make music, like he just didn’t fuck about what the rest of the music world was creating at the time. The man’s legacy is obscure to me, and I use the word legacy because Bruce Haack has been dead since 1988. In fact, the press release states that this album is partly comprised of “out of print and un-released tracks accessed through negotiations with Haack’s estate.” Also, I don’t know what a vocoder is, but apparently “Farad” was his vocoder, with which he was extremely skilled, and pioneering. Hell, the guy even dropped out of Juilliard to pursue a course in “educational children’s music”. Bruce Haack was a musician that made music his way, and to be blunt, “The Electric Voice” is some really tripped out shit! A good majority of the songs on this album have no vocals, and there is no rapping whatsoever on any song.

The sixteen songs that comprise this album range in time of release from 1970 to 1982. I’ve never been that big into Pink Floyd, Led Zeppelin, The Beatles, or any of that stuff, nor am I really all that up to speed on the music of the 70’s and early 80’s. So, I really have no idea how the hell to evaluate, or rate this album! It’s pretty neat, don’t get me wrong. I don’t consider listening to this album to be a negative experience, and there are a few songs on here that sound a lot like something Daft Punk could have concocted back in the day. So, I highly doubt there aren’t a select few out there that would enjoy listening to this album. It may be a bit too redundant, or uneventful for the average Rapreviews reader, but perhaps fans of “Madvillainy” by Madvillain will take interest in this album considering they are similar musically, and both released by Stones Throw Records.

In conclusion, music lovers and musicians are a colorful, eccentric people. Some say that human beings are born gay, born prone to addiction, and even born sociopaths. If any of those theories are true, I’d conjecture that music lovers are born into their love of music. The origin of an individuals’ affection towards music is unique, and special, and it is probably extremely difficult to find someone else out there to share in your love of those artists and songs that helped those grassroots of exploration, and expression grow deep and strong. No matter how much you love your favorite song, someone else probably loves the same song equally as much for entirely different reasons. So, in the case of Bruce Haack, I just don’t feel that assigning a rating to this album is justified. The man was a pioneer, entirely content in being under the radar, and unfortunately for him, never lived to see his legacy reflected upon. This album is in absolutely no way, shape, or form a rap album, and therefore, I don’t think our lyrics vibes / music vibes really applies. I guess what I’m trying to get at is that out of respect for music, and out of respect for the love of music, I’m going to encourage readers to check out this album and formulate their own grade for it, because this just seems like one of those albums best appreciated on one’s own terms, and under their own particular influence.