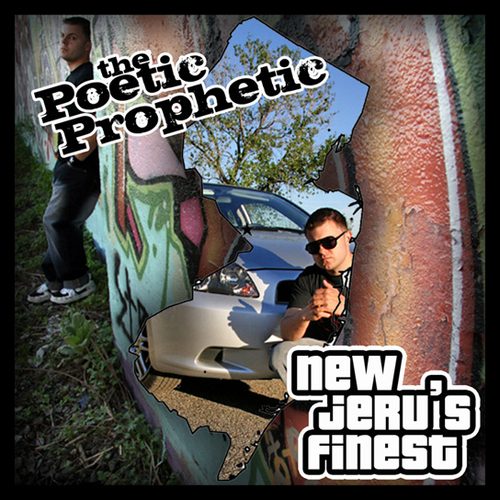 Rappers like Poetic Prophetic are why hip-hop hasn’t died. Po, as he likes to be called for short, is a true fan of the music. He makes it clear that rap, at least to him, is still an art form and not an avenue to riches and fame. Tracks like “Bringin’ It Back” possess an authentic admiration for the pioneers of the game, with Po shouting out several acts that have made artistic contributions to rap.

This type of reverence may allow Po to be a likeable guy, but unfortunately it doesn’t erase the fact that his spit game needs major work. His mixtape-like project, “New Jeru’s Finest,” boasts a catalog of standouts beats from some of rap’s best contemporary albums. Po uses the instrumental of Talib Kweli’s “The Blast” for “Bringin’ It Back,”while “I’m Back” employs the beat from Jay-Z’s “Girls, Girls, Girls.”

When he does get on one of those instrumentals, the talent gap between the original artists and Po is magnified. I’m not expecting some random dude from Jersey to be on Jay or Talib’s level, but a lot of up-and-coming artists use this same format and don’t end up embarrassing themselves. A few artists have used this method to sharpen their flows and simultaneously launch their careers into the stratosphere, i.e. Lil’ Wayne. Dozens of promising emcees spill their potential onto these tracks, turning beats that the original artists murdered into their own personal showcases.

In order to showcase oneself, however, one must have talent, and Po simply lacks a good amount. He switches his flow often, which is usually a good thing. His changes of delivery often sound forced, however, and I ended up paying more attention to the awkward tempos he’d find himself rapping in than the content of the lyrics. His rhyme schemes show complexity on occasion, but overall he just makes me want to listen to the original tracks, because Po’s performance does not do them justice.

One instrumental that Po does manage to somewhat turn into his own is the beat from AZ’s “Bedtime Story.” Po renames the track “My Story,” and just like the New York legend he spits for an audience of one. Po tells his story to one of his avid supporters, but their incessant use of the word “dawg” in their conversation gets downright annoying. Despite the cornball antics, Po manages to tell his own unique stories despite the recycled concept. One story revolves around his birthday, which is the same date of his uncle’s death. Although he only spits on the topic for a few bars, he tells the story concisely and with depth.

It’s when Po tries to reach beyond his own perspective that he fails content-wise. At the beginning of the project, he declares his goal of becoming a teacher and emcee. He has an admirable dream to strive for, but his message is contradicted on tracks like “You Suck.” It’s one of the few original songs on the project, and Po taints it by bragging about his sexual exploits and raps about smoking weed. Granted, many great rappers are walking contradictions, but none of them aspired to educate the country’s youth.

It doesn’t help that Po is on some “I’m the savior of hip-hop” ego trip, either. Ego is one attribute every emcee needs a healthy dose of. After twenty songs full of mediocre efforts, however, the last thing a self-respecting hip-hop head wants to hear about is how Po is coming to the rescue on “New Jerusalem’s Messiah.”

“Nas prophesized that hip-hop has died
It’s been on flatline since ’99
Waitin for a one of a kind, divine
Intellectual mind
To help it revive”

It’s easy to root for emcees like Poetic Prophetic. Young guys that pursue that true boom-bap sound are rare in this generation of getting throwed and making it rain. Despite his valiant effort, Po is not the resuscitator of lyrically inclined hip-hop. His wordplay and diction is up to par; his delivery is horrible. This can be fixed with more time in the booth, but for now, New Jeru shouldn’t hold their breath to see if this guy blows up. The state’s best emcee is already holding it down, and his name is Joe Budden.