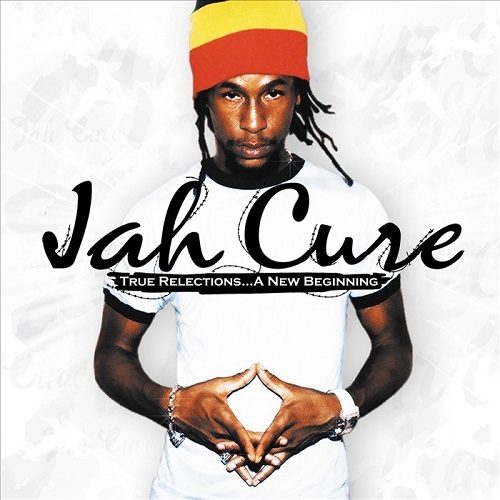 July 27, 2007 is a day that Siccature “Jah Cure” Alcock will never forget. Released after an eight year sentence for rape, gun possession, and robbery, Jah Cure comes back even more hopeful and encouraged than before. With the support of his fans and confidants in the music industry, his fourth album, “True Reflections… A New Beginning” was released shortly after being liberated. While all four albums originated from behind bars in the Tower Street Correctional Facility Prison in Kingston, Jamaica, Jah Cure maintains his innocence and fulfills his desire to continue to create music with surprisingly positive messages to his audience, hoping his fans can disconnect themselves from his prior conviction. Compiled of past hits and more recent material of his reggae influenced lyricism and beats, Jah Cure’s “True Reflections… A New Beginning” is exactly that-a purging of the soul to reflect on the past, present, and future.

Previously incarcerated for eight years and now a free man, Jah Cure has had an incessant amount of time to reflect both spiritually and emotionally, the main premise revolving throughout “True Reflections… A New Beginning.” In the title track, a serene blend of keys, drums, guitar, and congo transpire as Jah Cure reveals the truth to his most earnest thoughts while in prison. Amidst his ongoing strength, he exposes his weaknesses and vulnerability while in search of hope as he says:

Jah Cure in “Dem Nah Build Great Man” asks “If you had the power to change just one thing what would it be?” His response is “I’ll change the system me see my self as a bless of art of and a mission because I come see it one way.” In this compelling track, Jah Cure and Fantan Mojah profess the realism that great men are the ones who ultimately suffer in the end as he makes reference to Malcolm X, Martin Luther King Jr., and Rodney King. “Cease All War” is another commanding track as Jah Cure addresses ongoing bloodshed and the extensive loss of innocent lives.

Regardless of what he has endured in the past, Jah Cure still has love for his country in “Jamaica.” Even with its somewhat simplistic lyricism seen in “To a place called Jamaica/Where the island is in the sun/Place called Jamaica/If you really wanna have some fun,” it still maintains a lighthearted character to stray away from the seriousness of the previous tracks. Not only is his love for Jamaica eminent, he also maintains his adoration for music in “The Sound” as it has been the one constant thing in his life both in and out of prison. A silent hero of sorts, “the sound of music” in Jah’s eyes “makes you feel no pain.”

With his signature melodic voice, Jah Cure is most noted for his tracks devoted to love and women that can be found during the entirety of “True Reflections… A New Beginning.” As an electric guitar summons the introduction to “To Your Arms of Love” it emphasizes Jah Cure’s distinctive vocals as he longs for his woman to take him back to the arms he once knew.

One of Jah Cure’s more popular lover’s melodies that hit number one in Jamaica’s charts and airwaves is “Longing For” proving that a love song can sound both traditional with its reggae flair, yet is still able to be unconventional with its upbeat rhythm. Almost synonymous to each other, “Share the Love” featuring Germany’s Gentleman, “Love Is” and “Love You” with its acapella singing accompanied by an acoustic guitar, are simply stated.

With trumpets blaring, melodic female vocals echo behind Jah Cure’s sincere lyrics in “Searching for a Girl” as he expresses his longing for “a girl like you.” “What Will It Take” is yet another expressive track that reveals the extent to what Cure is willing to do to show his love.

Although the inexhaustible theme of love is a bit overused and becomes unoriginal in “True Reflections… A New Beginning,” Jah Cure’s unforgettable, melodious voice has made a huge impact on the masses as he has become a popular name amongst Jamaican artists. Even when he was behind bars, Jah Cure was able to illustrate optimism, retain hope, and still feel the genuineness of love as his reflection on his newfound sovereignty and opportunity is unmatched.