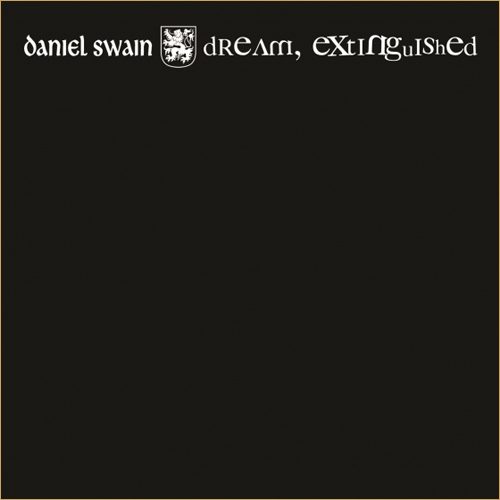 A couple years ago I picked up the Special Herbs box set, a collection of instrumentals by MF DOOM’s alias Metal Fingers. The first time I listened to it, I thought it was unbelievably weak; it seemed like DOOM had just taken old AM radio tracks and put a beat to them. The more I listened to it, however, the more I saw the genius in what DOOM was doing, the nuances he added, how he cut up and melded contrasting beats, and how he managed to create perfectly mellow soundscapes. Now it is one of my favorite albums.

I had the exact same reaction to “Dream, Extinguished,” the third album of instrumentals in the “Dream” series by rapper/producer/Def Jux recording artist Daniel Swain, who goes by Danny! on his other releases. Like MF DOOM, Swain seems to take his inspiration from 70s AM radio; many of these tracks are reworkings of old Melanie and Loleatta Holloway songs. Also like DOOM, Swain has a tendency to leave the samples largely intact, adding beats and flourishes. The result can sound a bit like cheating at times, but he manages to tweak things just enough to make them interesting and wholly original. For example, “Lonely Nest” features a sample from Stephanie Mills’ “Loneliness Remembers (What Happiness Forgets)” which is looped and reworked into something that is haunting and unique.

The music veers from funky tracks like “Times Up” to the jazz sounds of “Sao Paolo Sunset” to the R&B of “God Bless the Child.” The whole album maintains a feeling of melancholy and sadness throughout its 23 tracks, and plays like a complete work rather than a random collection of songs. It definitely leans more towards the mellow, introspective side rather than being full of boom-bap and bangers. One thing Swain does that is rare on instrumental hip hop albums is allow several songs to linger for longer than two minutes. Several clock in at three minutes, and “Easy, Breezy, Beautiful” is an epic four minutes and ten seconds. The added time that Swain gives the tracks allows them to marinate more, which I appreciated.

The release of this album was apparently scrapped in yet another attempt by Swain to quit the music industry. I’m hoping he decides to release it, as it is a good album, and deserves to be heard.