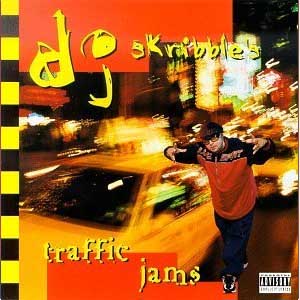 Words are powerful. I learnt this through life’s many trials and errors, obviously, but also when reading “How To Win Friends and Influence People” by Dale Carnegie. That classic guide has sold millions of copies around the world and been translated into countless languages – much like hip hop, in fact. One of the most valuable things I learnt was that words carry a real and true gravitas – so try to think before you speak. You see, what may well be a throwaway comment for YOU might turn out to be something that the person on the receiving end, for better or worse, carries for life. I know this only too well.

You see, last week I went to a birthday party for one of my school friends – and a whole group of old mates were there, people I hadn’t seen for nigh on a decade (basically, when “Traffic Jams” was released). Childhood friends remember the most curious and subtle things that you would never voluntarily recall – throwaway comments that you thought evaporated into thin air were, in fact, crystallized and stored in someone else’s memory. Cerebral memories of how ridiculous my hair looked are locked in others vaults, and there ain’t a damn thing I could do about it. So, within the same conversation with one particular guy, we talked about my ridiculous hair, and how amazing hip hop was when we were back at school. Cue DJ Skribble.

“Traffic Jams” was, in all honesty, a harbinger of fate – it was destiny that brought it to me. How else could a little shiny disc make a trip of 3000 miles, exchange through the hands of at least 30 people, and end up in the hands of someone that had such god awful hair? It opened my eyes up to a complete different world that I knew nothing about – I’m not talking about hip hop. I mean the skill and energy that a DJ could wield, so as to take you on a personal taxi ride through the grimiest side of New York, and then smoothly end up in the Hamptons. All this via beat juggling; scratching acapellas over four different instrumentals; battles between human beat boxing and cut up samples; guest spots by the shining stars of that generation.

The way that Skribble cuts up “Step Into A World” is only bettered by a KRS-One that tears into the track himself, arguably at his commercial pomp:

“All music lovers in the place right now
That never understood the way that KRS got down
Yo I’m strictly about skills and dope lyrical coasting
Relying on talent, not marketing and promotion
If a dope lyrical flow is a must
You gots to go with a name you can quickly trust
I’m not saying I’m number one, uhh I’m sorry, I lied
I’m number one, two, three, four AND five!
Stop wasting your money on marketing schemes
And pretty packages pushing dreams to the beams
A dope MC is a dope MC
With or without a record deal, all can see
And that’s who KRS be, son
I’m not the run of mill, cause for the mill I don’t run…”

Next up is Traci Lee – I still don’t know exactly this is, but “The Theme” is dope. It seamlessly segues into the instrumental of Digital Underground’s “Humpty Dance” – and Mary J’s hit remix of “Love Is All We Need” (featuring a sick guest verse from Nas) is dropped acapella over it. It is a perfect moment. Up steps Big Pun – yes, Big Pun – to drop his imperious flow over an exclusive for the album, “Must Be The Music.” We’re only on Track FIVE. Depending on whether or not you have the version that features Reverend Run (it got pulled so there are only a few copies that have), you might then move onto the legendary Crooklyn Clan with their awesome mash-up of “The Franklins.” Moving forwards, and after a sick freestyle from Cru, an incredible battle between Skribble, DJ Slynke, Rahzel and the Human Orchestra, and the awesome Lost Boyz, we get to the first of three exclusive freestyles by each individual member of the Fugees. First up, Wyclef Jean with a great story-telling narrative; Pras flows well over Missy’s “Supadupafly” instrumental (produced by Timbaland, of course); but the last song of the album belongs to an on fire Lauryn Hill. Needless to say, she mashes it up:

“As I span the cosmos mahogany travel at the speed of sound
Span the mainstream but still esteemed underground
My parameters, and wrap up contaminants
Travel twice Earth’s diameter, intimidating amateurs
At the Apollo, I played the shepherd sheep followed
Chicks try to model after me like I’m Tyra…
Banks wanna thank me because my statements are prodigious
Styles so prestigious, make a sinner act religious
Street academics, seen a lot of girls mimic
But when it’s all over you can tell who’s the gimmick
L slang-bangs like a dub plate
Jericho Sound System, mash up your club dates!
Sweeter than a cherry on a fruit cocktail
Whenever, Wherever, Whatever – like Maxwell
My Pentium, makes more chips than Intel
I didn’t mean to turn you on – like Sherell!
Kids move they body like they’re tripping off of Acid, Anthony
Not even fantasy can surpass it
Once you blast it one starts to feel kinky
I think thee, goes by the name of Young Slynke
And just when you thought it was safe to relax
L-Boogie spits with perfect syntax!
Then, DJ Skribble make you dribble on the wax
DJ Skribble make you dribble on the wax!”

Oh yeah, we also find Foxy Brown’s “Get Me Home” and LL Cool J’s “Loungin'” plus Ol’ Dirty Bastard’s “Shimmy” and Jay-Z’s first hit “Ain’t No Nigga” – as well as the incredible Flipmode Squad’s “Everybody, Come On.” If you are only now starting to comprehend how dope this is, don’t worry – it took me a while too. It is overwhelming. You will get a lifetime’s enjoyment out of a little over 70 minutes.

So yes, clearly I am going to recommend that you do whatever you can to pick this up. But it is more than that – I’m trying to make you understand the very nature of creation. I think what I’m getting at is that yes, we create something we hope to be special, whatever walk of life we tread. Be it making an album, DJing at a party, writing a review, kicking a ball, cooking a meal… We love it, nurture it and pour our all into it. But then we let it go. From then on, it no longer belongs to us – the creator, by definition, has to move on so as to create something else. In order to make any kind of real impact, it takes someone else to hold up a mirror and utter those immortal words: “Remember this?” Well, this is one of those albums that I will always hold a mirror up to. It isn’t actually an album – it is a shiny piece of metal that encapsulates everything about a particular era that helped define a genre. It was crafted with skill and care, and could only really have been improved if Biggie had been around to bless it, rest his soul. Sure, there was a certain amount of serendipity about the project – simply to be around when the Fugees were virtually the biggest band full stop, when Mary J Blige was all we needed, when Nas ruled the world and Jay-Z emerged fully-formed… You’ll know now that, yes, I love this album. But you don’t know that I actually “borrowed” it from my cousin – and it was so good I couldn’t bear to give it back. You don’t know that my Nigerian friend Larry “borrowed” it from me for 6 months – and never listened to any other CD in that time. You don’t know that some bastard stole it from me a few years ago – whilst I was at a gig making a pittance just to get through university. But at least you know that I’ve done my part in recommending it until the day I die… Now I can let go too.