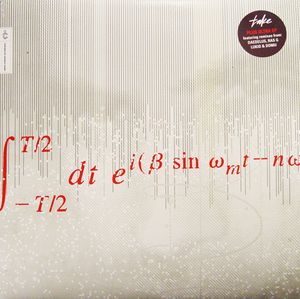 TAKE :: The Plus Ultra EP

Five different openings cycled through my head before I started writing this review and all of them were horrid. Lines like “Hip-Hop is all about give and TAKE” polluted my head. Bad jokes based on 1980’s sitcoms like “The Facts of Life” also came to mind. “You TAKE the good, you TAKE the bad, you TAKE ’em both and there you have” and so on. I suppose that’s the inherent danger of being an artist named TAKE; a relative unknown with an ambiguous name that prompts jaded music critics to trot out meaningless pablum.

Thomas Wilson’s music deserves far better than that. Digging a little deeper I found that this Inner Current Recordings artist is known for his ambitious blend of hip-hop and electronic beats. Even URB Magazine, a rag I contribute to from time to time, had covered his “Earthtones & Concrete” release and gave him three stars out of five. Bad jokes just will not do. Thanks to Terrorbird Media I have the chance to open both my ears and eyes to see if I can get what TAKE has to give (okay, maybe ONE bad joke but that’s it I promise).

“Like a Drum (Take & Domu Collaboration)” is the first track in the file I received although in some listings for this EP online it’s numerically billed as the LAST track. Digital distribution strips away any pretense of an album being organized “start to finish” anyway. I’m a little perplexed as to who Domu is and can only surmise that like Thomas Wilson he’s an experimental hip-hop producer; web searches for him/her only lead me full circle to this EP. Back to the track – “Like a Drum” opens with a high key tone that staggers and repeats as what seems to be a spoken word poet is scratched into the mix, spouting phrases like “I’ll tell you how this sounds, a ribbon at a time.” The drums sound suspiciously like somebody dropping loose change on the skin (I know from experience) and for the first 50 seconds your average Rick Ross or Diddy fan would be left completely perplexed. Crossing over from 50 to 51 the song suddenly gets dirty with multiple layers of bass and a heavy low-end melody, then around the two minute mark the poet gets pulled back in and the sound is gradually stripped away to just the beat. Curious, different, experimental, but not unpleasant.

“Golden Gate Reflections (Ras G. Remix)” was a little harder to grab ahold of. From a strictly technical definition you can call it “music” but beyond that it’s a mystery. The beat is interlaced with a series of noises that just barely form a cohesive pattern and every now and then someone screams “SUN-SHIIINE” with a laugh track in the background. I suspect if this were an Aceyalone or MF DOOM track, with either of those abstract rap artisans weaving a rap rhyme to the beat, it wouldn’t feel so hollow and incomplete. Without it’s a series of sci-fi sounds that are vaguely unpleasant. “Navigators (Take & Lukid Collaboration)” fares somewhat better. The ambient sounds at the start build up to a beat that plods along slowly enough to be a DJ Screw mix, and you wouldn’t want it to be any faster. The track washes over you like a warm wave of liquid mellow and leaves feeling relaxed and refreshed.

Most of this EP takes after either “Like a Drum” or “Navigators” to varying degrees, although there’s an overall feeling I can only compare to listening to “Hearts of Space” late at night on a tiny portable radio as a kid when I was supposed to be asleep. The music at times seems like it would be better suited to an extra-terrestrial movie soundtrack than to hip-hop, particularly the airy “Dreamsuite Instrumental.” Other tracks such as “You High (Daedelus Remix)” march forward with progressive attitude, pounding out an up-tempo bassline and building up layers of samples to near aural overload. TAKE is incredibly hard to pin down to one defining style, which is undoubtedly what Thomas Wilson intended, but I can easily say it’s less like hip-hop and more like techno than the other way around. If you’re expecting anything about boiling coke in a pot or driving incredibly expensive fast whips “The Plus Ultra EP” is not for you. If you can dig on some beats and sounds that are clearly hip-hop inspired without being tied down to hip-hop cliche “The Plus Ultra EP” may prove to be just what you’re looking for.