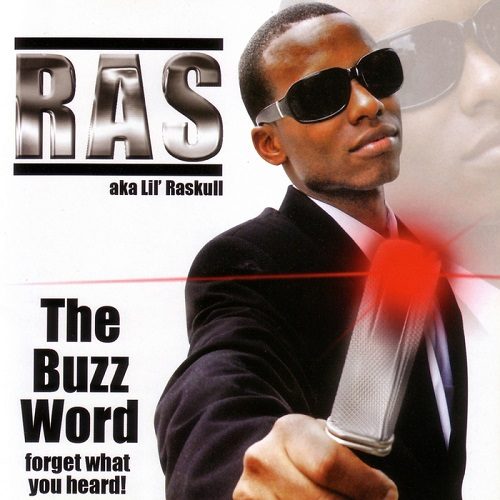 As a reviewer, you sometimes have to take an objective view at a moment that pushes your subjectivity. There is going to be music that does not contain ANY of the elements that reside within your comfort zone or embodies your idea of what you feel that music should be. Sometimes you get an album that forces you to rethink your personal preferences, if for a moment, and concentrate on the basics (beats, rhymes and flow) and the quality of execution. I can think of quite a few genres of music and subgenres of hip-hop that I would have to take this position.

I’m going to be taking that position today with this album.

I’m familiar with Holy Hip-Hop and there have been a few Christian albums that have made my way into my personal collection â€“ mostly, because of the quality of the beats, rhymes, flow and overall execution. Most of them do not have an overbearing Christian message making it easier for a listener who does not identify with nor follow any type of organized religion (such as myself) to enjoy the music without feeling they are sitting front row at Sunday morning service.

I know many people hold the sentiment that a life-defining theme is of little use if you cannot weave its overall message into your music. I’ve known that many Christian music artists become frustrated when other Christian artist choose to use general feel-good messages, or make coded references to their religiosity, in their music instead of announcing their intentions in clear language and daring to utter the word that would mark your music for what it is â€“ Jesus. Those aforementioned Christians would be quite pleased with this album – This album wears its Christian credentials on its sleeves â€“ with no apologies. I’m here to tell you now that this album, not only puts you on the proverbial front pew, it tries to lull you into joining the people in the choir stand for a song or two.

Because of this, it does what I feel that an album should do â€“ it defines who its target is and it sticks to it. However, the target is obviously not me, which leaves this reviewer with the task of having to rollback his personal perspective and concentrate on the basics â€“ namely, does this album deliver with the beats, rhymes, flow and overall execution?

The answer to that question is YES it does. The album, though not stellar, is a solid and consistent work from the beginning to the end. Houston, TX based rapper Ras, who apparently began his career as a gangsta rap artist back in the early â€˜90s before converting in ’96, has a raspy voice, clear annunciation and a talent for writing simple lyrics that don’t sound elementary.

If I had to make a comparison, I would compare him to Houston rapper Scarface because of the emotion in his voice, the raspy tone and his ability to write rhymes that become personal without becoming corny. An example of this would be his stellar performance on the smooth-as-butter track (produced by Kam Hunt), “My Brother’s Keeper”.

“Use me Lord or I’m going to lose myself
To everybody that I know, I got to prove myself
The only ones I know are pure are my kids, none else
The only ones that stay down for sure is you, none else
I can’ help but think of how the world would be
If every man had respect from his family
If every woman had love and every kid had guidance
And everybody had their slice of the pie
With so many men down to hustle, trying to provide
This life that magazines be portraying inside
Would it really be that hard to believe Jesus is Lord?
We could all just take a look at our lives and simply thank him for it
Well, it don’t have to be a natural disaster
For me to look out for my brother, it’s as simple as asking
Ten years of saved living and I don’t think that I’m an infant
I promise to be my brother’s keeper”

The track for “Blow That Whistle” (produced by Dretoven) bears a questionable resemblance to “Fireman” by Lil Weezy. This track and the music for “My Brother’s Keeper” would be the only two tracks on the album not produced by Uncle Boudreaux.

At the beginning of the album, Ras delivers the story of his conversion, and his subsequent move from secular music, in the narrative “He Ain’t Finished Yet”. This song has a high-spirited bounce and tells a very clear story as to what encouraged him to move away from gangsta music, despite the success he was having in the genre.

The remainder of the album is all songs that follow the same template: lyrics dedicated to his religious allegiance and the struggle to stay true to his faith and duties as a father and electronic tracks grounded in the Down South sound. The tracks, though all solid, never quite rise beyond just good into great nor do they take many chances. Most of the songs here fall into the groove of being nice, safe radio listening. I believe that is what they were going for, so I can’t knock it.

Two interesting notes is that one of the songs, “The Eli Spot”, is a radio spot for his clothing line called Eli Wear and he manages to get through the entire album without an R&B hook except on the song “He’s Watching Over Me”. I think the fact that he managed to construct hooks for most of his songs without having to scratch, sample or screw in someone else’s vocals, or falling back on the R&B safe route, speaks highly of his dedication to being the best rapper that he can be.

Like I said before, this album is not targeted towards someone such as myself. I have a million philosophical differences with most of the messages on this album; nevertheless, it does not prevent it from being a good album.

Ras is a good rapper, no matter what and I wish many other rappers were half as committed to being as consistent as he is: we may not have a better world, but we would most certainly have better music.