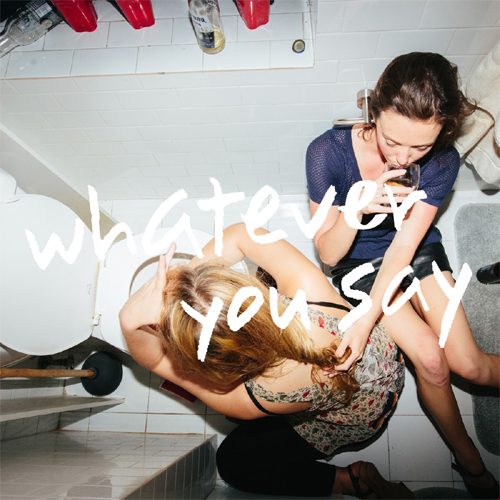 Rapper Rekstizzy has until now lived by the motto “Fake It Till You Naked,” but it’s 2013 and it’s time for an update. Stizzy’s new motto is “God Bless America,” but he’s not waving the flag and pledging his allegiance to the United States per se. He has more in common with “Team America: World Police,” as he proudly and loudly yells “I eat burgers dog, fuck yeah! God bless America, fuck yeah!” over and over again on the chorus.

“Wanna own yachts, wanna ride jets
Wanna get fat, more chins on the neck
Wanna stick dick in a gold diggin bitch
busy goin through my shit when I jump in the shower
Ah-hahahahaha! So fuck my flow
Respect how a muh’fucker upright through
While these other motherfuckers went left and them others went right
I let ’em wonder where the fuck I go!”

The background instrumental is a little on the repetitive side, but the humor of “God Bless America” makes up for it. Stizzy walks the fine line between celebrating and mocking the values of conspicuous consumption and jingoistic pride. That’s in keeping with his last album, where he did the same high wire act balancing between alcoholism and satire of the drinking culture. If you’re never quite sure which side of the line Stizzy falls on, it keeps you that much more interested in what he has to say as an emcee. What’s even more interesting is that he lined up some big name collaborators this time. Stizzy links Queens to Brooklyn as Brownsville’s own Lil’ Fame guests on the energetic “Come at Me Bro”:

Fame: “My mentality’s like an early trigger-happy old schooler
Merk a nigga for stepping on my Pumas
[..] Guns bigger than sumo, mo’ kick than judo
Shut ’em down (HIT ‘EM TWICE) doma, doma
About mine, break bread with Koreans
For Team U.S., I’ll put you in a masoleum (salute!)
My catalogue’s no internet blog shit
I live hard shit so I spit raw shit”

Stizzy also features the New York rock band Brother K on the disturbingly Orwellian “Homeland” and the much more mellow “Bliss,” although it still has a hint of despair at the overwhelming urban landscape. “Rushmore” brings together Stizzy and a selection of upcoming emcees – St. Louis’ own Rockwell Knuckles, Detroit’s Quelle Chris and relative newcomer T.SHIRT (or at least new to me). The collaborations suit Rekstizzy well, who seems chameleonic in his ability to blend with whoever he’s collaborating with.

No subject of pop culture in America is off limit for Stizzy. “Reality TV” mocks the entertainment landscape while simultaneously mocking himself with the lines “I’m a D-list celeb and I’m a flaunt it/all I want’s a dollar for my CD when I pawn it.” The chopped up samples that open “Gone Bad” lead to a trippy echoing instrumental where Stizzy vows he’s “a time bomb ticking” and only “weed make me calm.” By contrast “Everybody” has the kind of light acoustic guitar backdrop typical of quiet storm R&B, and Stizzy sounds like the suavest mack at picking up chicks.

Last time out Rekstizzy was produced entirely by YoungHoon, but this time the landscape’s a little more diverse. Woodro Skillson handles a chunk including the title track of “Whatever You Say,” Lucas Kwong does several cuts including those of his band Brother K, while the rest are a variety ranging from CJ to Beat Boys Club to G Kang. Stizzy’s presentation is versatile over each – from the whip flaunting “Riding Shotgun” to the sexual bravado of “One Track Mind.” Stizzy doesn’t come off like he’s imitating the big ballers of New York City like Jay-Z – he’s got his own swag and he’s not afraid to show it – and yet he’ll mock himself at the drop of a dime too. It’s hard not to dig on and be sucked in by the contradictions, which is why “Whatever You Say” is another winner from David Rek Lee.