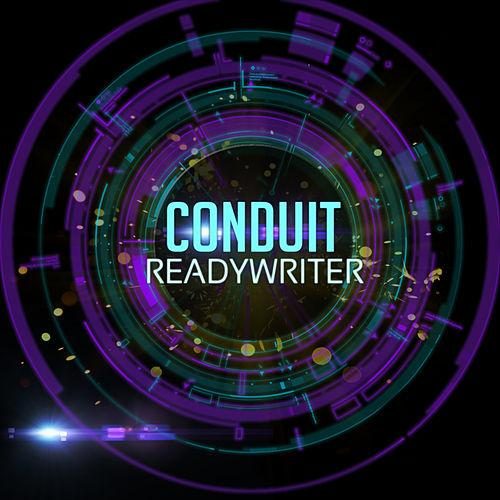 The sub-genre of gospel rap is all about sacrifice; historically, there has been a generally encompassing sacrifice for both the listener and the artist involved in the experience of listening to it. For both parties the compromise has been overlooking quality music in place of a positive message and a promotion of one’s faith in Christ. Therein lies the mission for Readywriter, who like his Godchaserz Entertainment label mates, is trying to bridge that constant gap which has plagued this very special form of hip-hop.

The most obvious argument a typical rap fan makes about Christian-influenced music is that it is too blatant. That is, the powerful words “God” and “Christ” seem to take a listener out of the mode of rap music, which is traditionally littered with violence and misogynyâ€”clearly characteristics that clash with the good word. But as Readywriter explains on the acapella interlude “A Poem Called Easy,” that these reservations are just examples of “spiritual immaturity” and that it is hard for people to “show their own insecurities.” Therefore, despite the substance of songs and track titles like “This Is Jesus Christ” and “J.I.A.P (Jesus Is A Problem),” Readywriter still manages to succeed, with great thanks to various elements; solid production, a rugged flow and a higher level of thought.

Still, the featured artist puts God first and foremost in his rhymes as you can tell immediately with the introductory cut, “God’s Plan,” featuring Jovan MacKenzy. The track features a beat that will remind some of DJ Premier due to its funky, grunting vocal samples and unusually prolonged instrumental notes. It proves to be a solid opener for the LP.

Though the first track has a slightly old school vibe, it is clear that Readywriter attempts to relate to the adolescence of today with his beat selection, as the following two songs produced by Lesun are more comparable to radio-friendly singles of some of the more popular rap acts on the scene. “What The Time Is” is a raw, up tempo number that sounds like something Pharrell would lace Clipse with, whereas the high pitched chimes of “Saved Strut” has more of a Southern rap flavor. The former does not sacrifice lyrical content for a slick beat, as apparent by the chorus:

“Chase for god’s heart and the grind is pure
When we grab microphones, Christ shines for sure
Trust me, if you spittin’ a slug, look in God’s direction
He’ll bless you when you dip in his blood”

Meanwhile, Readywriter and his featured cohort Disciple drop a few lines like “no crossover like Lebron James,” which appeal to the average consumer. Readywriter’s undeniable ability to avoid being pigeonholed into the purely “gospel rap” category is vital to his overall appeal.

The surprises continue as the album unfolds. “Falling Off” has a slightly ominous and haunting beat as the piercing piano keys are perpetuated by a creeping crescendo of an instrumental. Here Readywriter spits with venomous poise, “â€¦And I’m saying they repent on fighting/the flesh sometimes may seem like Tyson/The lord is my strength and I’m no longer frightened/He is here with the word, don’t care if he’s biting.” It truly catches you off guardâ€”the fact that Readywriter stays true to the word, even though the gravel-voiced emcee’s approach is so aggressive and vicious.

Nonetheless, there are a few missteps that need to be mentioned. “Preach Hard” offers up a thunderous clashing beat and some of the most entertaining verses on the disc, but they are nearly ruined by an overly exuberant chorus from guest Exelsuis. Another problem that arises on occasion is the fact that Readywriter’s style lends itself to the disbelief that he is freestyling the rhymes, which can create a tiresome and monotonous feeling, brought to light by songs like “War of Mind’s,” which juxtapose his flow with the accompanying musical backdrop.

On the grand scale of things, however, Readywriter pulls off an hour opus of solid gospel rap music. His choice of subject matter and beat selection remain varied enough to keep the album from dragging itself into an unconquerable rut. Okay, so the disc largely focuses on a belief in God, Jesus Christ and the Holy Spirit, but the reason this critique distinctly strays from that obvious aspect is because this reviewer does not want you to immediately pass up on the opportunity to listen to some pretty solid tunes. Despite what Godchaserz Entertainment, a nice growing record label that specializes in gospel rap, might hopeâ€”this type of music may never become overcome the boundaries of Christian radio and dive into the mainstream, but that does not necessarily mean that it does not have merit to do so, as suggested by this album, “Conduit.”