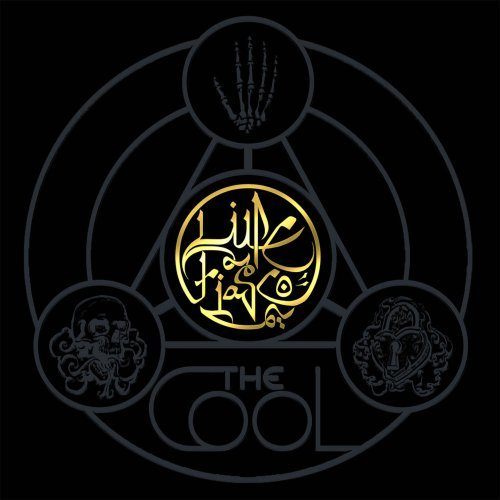 First things first – if you don’t know who Lupe Fiasco is, how the hell did you navigate to this site? Alright, don’t panic – just go and buy “Food & Liquor.” After listening to it at least 50 times, go and buy “The Cool.” Listen to it 100 times. Both are awesome, and it is safe to say that Mr Fiasco has some admirers in these quarters. Last night, he came to London – in his own words, the “most unforgiving place to perform.” But perform he did, and it was good.

So why Somerset House? In the courtyard of a stately and historic building… Outdoors, when we all know the weather in London is so predictably unpredictable… On a Monday, too…. Who knows – but fortunately, the weather JUST about held (though the clouds seemed to continually sink to within touching distance). And the venue was actually perfect for one of the few rappers that refrain from continual bitch-gun-drug talk. There were an extraordinarily high proportion of women in the crowd, at least 40% – something that contradicts the usual image of backpack underground hip hop gigs. But since Lupe dropped “Superstar” and subsequently became one in the UK, he was afforded a generous welcome, and this was a triumphant and confident performance as he raced through “Food & Liquor” tracks before dealing with his sophomore efforts.

Aided and abetted by an excellent band (as well as a DJ, who didn’t actually appear to do much), plus R&B sensation Sarah Green (OMG she is incredible), not to mention Matthew Santos covering any male singing parts, the concert had a polished but organic feel to it. Flowing together marvelously – there wasn’t too much hanging about between songs – the hour and a half whizzed by. First up, the “Food & Liquor” set comprised of “The Instrumental” and “Kick, Push,” a relaxed recital of “Sunshine” rolling into “I Gotcha,” and finally “He Say She Say” and “The Cool” – before a barnstorming rendition of “Daydreamin'” which showed the Lupe can actually sing a bit tastily too.

Onto the second album sequence, which was kicked off acapella-style by the first verse of “The Coolest” using call and response to great effect. It brought out the magic of the song – one that, in my humble opinion, is worthy of present-day comparisons to “The World Is Yours” and “Dead Presidents II.” Moving onto “Hi-Definition” and an incredibly moving performance of “Hip Hop Saved My Life,” he did one more for the heads with “Dumb It Down” – resplendent as a high-energy rock version. A personal favourite arrived in the form of “Go Go Gadget Flow,” and an intense “Streets On Fire” closed out the main body of the show, leading up to a grandstand finish.

A sublime and extended jazzy version of “Paris, Tokyo” rounded off the evening nicely, until the mercurial “Superstar” shut down London for about 7 minutes. And that was that (I am purposefully ignoring his extended goodbyes). It was a truly excellent performance from Lupe, and it goes to prove that he really is on top of his game right now – the showmanship was brilliant, even if there wasn’t much witty banter, and the interaction with the live band was top notch. How he got 90 minutes to feel like an hour, and off of only two albums, is beyond me. The crowd was certainly not “unforgiving” tonight, and Lupe appreciated it as much as they appreciated him. Now I want you to imagine that Nas only released his first three albums, and retired. If Lupe Fiasco follows through on his plan and only releases one more album, “L.U.P-End,” it will be a travesty for hip hop, of the highest proportions.