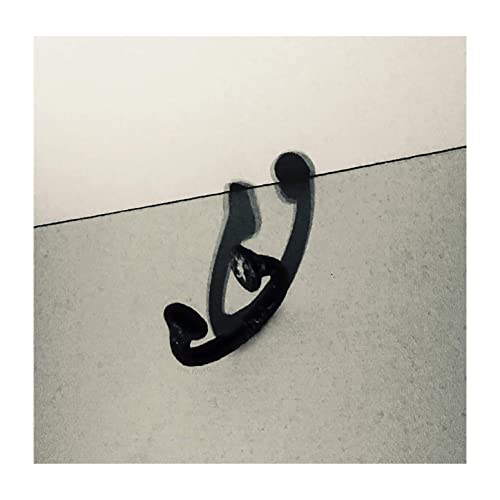 For reasons I can only blame myself for, no one has covered Lupe Fiasco’s “Drogas Wave” in the last three years since it was released. That’s certainly not a measure of my respect for the man, as I’ve routinely been impressed by the works of Wasalu Muhammad Jaco since he first rose to national prominence in the mid-2000’s. Despite the simultaneous pressures of the music industry and the pop culture landscape to churn out hits, Lupe Fiasco remains untainted in his artistic vision, going down a lane he created just for himself to travel. “Drogas Wave” is by its very nature proof of that. It’s the second album in a planned trilogy of related projects, yet in those three years since it came out, Lupe seems to be in no rush to complete said trilogy. He does things on his own time, his own way, and if you want it you’re going to have to wait.

That uncompromising nature is part of the reason “Drogas Wave” is difficult to approach. There’s no lead single, there’s no radio friendly single, and given the thematic structure I’m not sure there could be. Lupe Fiasco has interwoven a narrative about the Atlantic slave trade into the music, and imbued it with a mythos about escaped slaves who jumped overboard into the ocean but didn’t drown. Somehow they became mer-people, able to breathe underwater, and devoted the rest of their lives to sinking slave ships to presumably release them to a similar freedom under the sea. I hate to say it but can you honestly picture any mainstream radio station or programmer wanting to touch those subjects with a ten foot pole now, let alone in 2018 in the middle of Donald Trump’s Presidency? Hell no.

“Haile Selassie” is as close to being a single as anything here, simply by virtue of being released four years before the album came out. Remember when I said Lupe Fiasco was uncompromising? There’s your proof. This song would make MAGA hat wearers uncomfortable simply by addressing white privilege head on, quoting Selassie in the process. “And until the philosophy which holds one race superior and another inferior is finally and permanently discredited and abandoned… and until there are no longer first-class and second-class citizens of any nation, and until the color of a man’s skin is of no more significance than the color of his eyes.”

The same speech also inspired the Bob Marley song “War,” and although the “everywhere is war” part is missing to those familiar, the implication is still there — the liberation of the oppressed by any means necessary. It fits perfectly into Lupe’s theme, which is why you can hear the ocean waves lapping against a ship as the track fades out. Even when the tracks aren’t about bigotry and/or slavery, they are no less emotionally fraught in terms of the content. “Jonylah Forever” imagines the life of a Chicago infant who was gunned down at six months old. He envisions an alternate reality where she graduated high school, got a degree, was offered a high paying job but turned it down to go back to the hood where she came from.

I know people who say that art only serves the purpose of joy, and if it makes you uncomfortable or unhappy it should be disregarded and discarded. It’s undoubtedly the privilege of my own college education that I was taught a different view — any art that provokes you has merit. If it stirs an emotion from deep within, positive or negative, then it succeeded. If it challenges your beliefs or makes you question your own values, it worked. “Mural Jr.” is challenging. You might want to take the time to stop and read it after listening to it so that you can really dig deep into what he’s saying.

“Went from paper boy to editor
From throwing Ars Poetica with the arms of Federer
On the porches and steps to the farm houses of settlers
One of several sects who can come and charm the predators
We who measure the measuring tools of measurers
We who pleasure the pleasure tubes of pleasurers
We who lecture at treasured schools of lecturers
We who question the cherished rules of leveragers
Born to death, born to die
Mourn correct immortalized
In a war, where your performance score is your salary
It’s like fantasies combating your mortality”

There’s one last way that Lupe Fiasco in general and “Drogas Wave” in particular refuse to compromise — the album is split into two halves that when combined are well over 90 minutes long. We live in an era where “albums” are routinely under a half hour, and while I hate being the grizzled old veteran who raises his fists and yells at clouds, I question whether or not today’s audience has the patience for Lupe’s length. No matter how profound and well produced songs like “King Nas” are (and no Nasir Jones is not featured on it) they may not wait long enough to hear it.

I’ve set the bar so high for Lupe Fiasco over the years that he might not be able to pole vault his way to the gold medal any more. That’s alright. I’d rather artists aim high and fall short than not even try to reach the lofty stratosphere they shot for. If Fiasco isn’t standing at the top of the podium after “Drogas Wave” it’s only because he was so ambitious, but he forced everybody not in his lane to aim higher because of it, and he’s still getting the silver medal as a result. When the competition is this good it’s not a shame to be second best, it’s an honor, especially when the only person left to beat is really yourself. Lupe Fiasco is the Simone Biles of rap — he’s the only one he can beat.