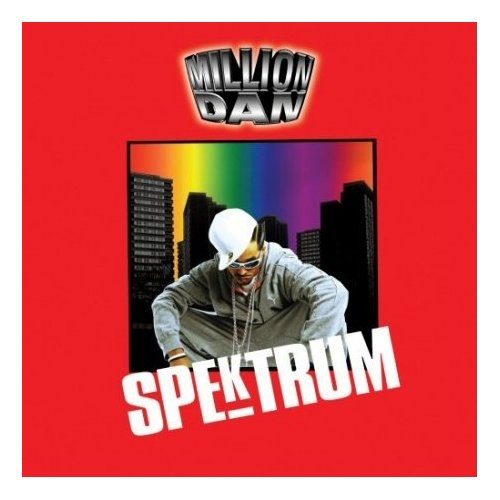 “Where are they now?” asked Nas on “Hip Hop is Dead” before listing a small army of rap’s senior class who’ve been filed under missing-presumed-wack, since their mysterious disappearance. There are enough articles clogging up the blog-sphere bemoaning the state of the Hip Hop’s elder statesman for me not to repeat their arguments here.  Suffice it to say that Hip Hop has always had a competitive element, which is fine for the hungry young’uns but it doesn’t come with a pension plan and the fall off a hot single is more than 12 inches. Remaining relevant, or even remaining present, in the scene is not a task for the faint hearted. So what are the chances of a man with only full length 2 releases, both of which were the misty depths of over a decade ago, coming up with a decent album in the harsh light of the new millennium? Well if you were Million Dan those odds probably wouldn’t faze you at all. Because you would have made those records when you were little more than a teenager with only a love of Hip Hop, Reggae and your two mates to guide you. By comparison, in 2008 you’d be running your own international record label and have spent much of the last decade touring and doing shows all over the planet. Finally getting round to putting out a new album, probably wouldn’t seem like much of a challenge.  Basically, if you were Million Dan you’d smash those expectations out the park.

Having ploughed the independent route since winding up without a record deal when the Demon Boyz record label and Island imprint closed down, you couldn’t really accuse Dan of taking the easy route. By choosing to make a record like “Spektrum” Dan has in no way made his life simple. Most people would consider themselves lucky to manage to craft one hit single on their album “Million”; it would seem Dan is not content with anything less than ten. By this I mean that somehow he has managed to not have the ubiquitous 2001 dance-floor-stormer “Dogz N’ Sledgez” steal the show, rather it was just the tip of the iceberg. Nearly every song has single potential. Things kick off appropriately with “Mic-Check” which may well be familiar as the second single to be released earlier in the year.  It sits more than comfortably next to the more sinister sounding “Spektrum Ride”. Pacing the record perfectly Dan switches to social commentator mode for “Inner City Got Plenty Cases”, the album’s only out-and-out Hip Hop song.  Flipping familiar seventies soul samples it’s not ground breaking but Million’s impassioned and distinctive delivery give it the edge it needs.

The album is almost relentlessly up-tempo as Dan’s enthusiasm for his art form come spilling over a variety of beats. He masters Latin (“Lambada”, “Futuristic”) 21st Century synth-funk (“Acceleration”, “Go In”, “Boomblast”) and even a little R’n’B (“Pull Up Remix”). I’d really struggle to pick out a stand out track on this record. Every one oozes its own flavour while Dan’s distinctive vocals marries it to a complete dish.

Further testament to his enduring appeal is the inclusion of Demon Boyz single “Glimity Glamity.” For some this might sound desperate but for Dan it’s triumphant. Sitting right next to a distinctly modern collection of songs it still doesn’t feel outdated and is surely a sign of either how ahead of its time it was or how timeless quality is. I’m plumping for the latter and you should probably plump for this record next time you fancy something a little different from the norm.