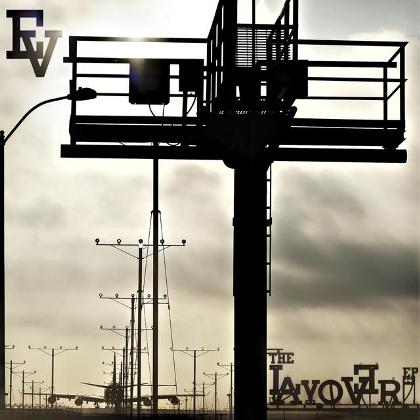 I’m definitely at odds with some of my peers when it comes to thinking Evidence is the shit. Almost everybody agrees that when he puts his hands on the mixing board he creates fire tracks, but it’s a far greater matter of dispute as to whether he’s dope on the mic rapping OVER tracks. It’s not an unfamiliar argument – people have been telling me that Guru is monotone and boring for years. Some people don’t think Prodigy has that much flow. Too $hort only raps about sex and uses the word “bitch” in every line. Okay, FINE. You don’t like them, cool. I won’t get upset. I’m not even gonna kick a hole in the speaker over it. Hip-Hop has something for everybody, and some of these people aren’t your cup of tea. Soulja Boy’s not mine either but I’m given to understand he has millions of fans. That’s cool too. I’m not trying to force Evidence’s droll lyrical delivery on anyone, but I find it gives his intricately written raps a little more snap, like beef jerky left to dry too long. If that’s not your flavor for a whole album I can understand, but perhaps you’d care to try a bite of “The Layover” EP?

“Uhh, not a worry in the world when I started
Still young and restless, hurry up and wait
Tell my people nowadays a missed call’s
just as good as a message, we’ve come a long way
From brick phones to flip phones
I remember the day my homey Wreck1 had the first chip phone
We was callin long distance, runnin up corporations’ tabs
like God damn, the world gone mad
Little did I know, and did he know
We was not gonna see the future together now here no more
’93 was not ‘Til Infinity
’93 was more like twenty years of legacy”

Besides the snap of Evidence’s rap on the title track opener, there’s the Khrysis beat and the DJ Revolution scratching of a Boogie Down Productions classic making the melody complete. The song manages to sound futuristic and hella old school all at the same time, which a select few people in rap including Ev can pull off convincingly. The funny thing is that’s ONLY the opener, because “For Whom the Bell Tolls” takes that combo to even greater heights by keeping the same producer but throwing Blu, Phonte and will.i.am into the lyrical mix:

Phonte: “This is my last day, this is my last era
Wifey sittin front row runnin her mascara
And I’m laid out STIFF like my last pair of
starch jeans; it seems that all my past errors
don’t even matter ’cause, I ain’t even mad at God
I just think the saddest part is I don’t wanna go
‘Cause who the hell knows for, whom the bell tolls…”

Evidence: “Bells and whistles, they shootin, could smell the pistols
They never EVER hit or miss – it’s the real official
Bullseye target, like New Jack Carter
The harder it gets, the more I find the market off sparkin the Flint
Part of me says, “Go back home”
The other half says, “Get that throne” (y’know?)
So I spit words, they read like palms
and turn directions from East to North…”

Blu: “Years passed and now and then I light it up
Reflect and get inspired by the fire that’s inside of us
Dealin with the yadda-yadda, by-the by-the business
try to ditch ya like economy
(Why?) ‘Cause John wasn’t about to be politick-in (maaaan)
It’s the middle of ’08 and I still ain’t heard Obama speak
’bout problems that we face, I’ma tryna get this cheese…”

“So Fresh (Step Brothers)” keeps things strong, as Evidence and Alchemist trade bars over the latter’s mellow beats while DJ Babu provides chorus cuts. “Solitary Confinement” has that Cali slash West coast sound that only a track produced by Sid Roams and featuring Krondon could, which can also be said of the self-produced “Don’t Hate” featuring Defari. The slow-rolling blunted beat sounds of “The Far Left” with Fashawn are some of Alchemist’s best work to date. I’m not even trying to hate on the raps here, but I really want the instrumental of this track just so I can pick apart the multiple layers of sounds he piled up here, then crank the volume up WAY past ten and let the beats rattle my ribcage. To bring the focus back to Evidence though, he spits some of his trademark hip-hop introspective verbals on the weather influenced “Rain or Shine”:

“Uhh, it’s the joy and the pain
The rain and the sun, namin no name, just came in the same
Never aimin my gun, you get one shot
Never wavin my chance, maybe wavin my chain
Uhh, my b-boy stance is authentic
Yeah, Mos Def, +Universal+, +Magnetic+
Fat Beats on Vermont, I set it OFF…”

Yes Ev, you do, and so do Aloe Blacc and Elzhi on the Alchemist laced “To Be Determined.” This all-too short EP ends with the ivory keys and pounding drums of “The Cold Weather,” and in a happy coincidence for this reviewer Ev brings this review full circle back to Rakim by rapping “I watch Rap City, get upset/kick a hole in my flatscreen screen then I jet.” I feel connected listening to Ev rap, like we revere the same aspects of classic hip-hop, both respect the craft of lyricism deeply, and think rap music is just as vital in 2008 as it was back in 1988. Perhaps that’s why I like Evidence’s slow flow, SOMETIMES monotone delivery more than my peers do, but even they would have to admit the beats for this entire EP are on point. I regret not having time to review the bonus disc DVD that comes with this CD but then again someone’s going to have to tear me away from these beats and rhymes long enough to pay attention to it first.