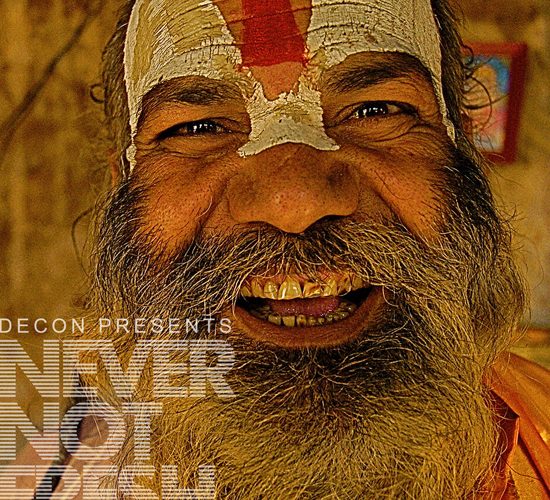 An underground hip-hop compilation – what comes to mind? For me, a balanced mix of throwback boom bap and experimental weird stuff. This is exactly what I got on Decon Records latest release, “Never Not Fresh”.

Ironically, it’s the stuff that’s not fresh that’s best on this album. The records which pay homage to early nineties east coast Hip Hop are those I enjoyed the most. Also ironic is that the finest songs on “Never Not Fresh” come from two acts that are at the opposite side as far as their career. One artist just stopped, and the other’s just begun. “Ducky boy” by the late Jurassic 5 is straightforward Hip Hop, with four verses and no chorus. Even though it is an eight year old mixtape freestyle, I was glad to hear J5 one last time.

The true gem of this compilation is “Exhibit A” by rapidly rising rapper Jay Electronica. On a hypnotizing instrumental made by Just Blaze, Electronica spits a flurry of throwback yet fresh rhymes. This is underground Hip Hop at its best:

“I spit that wonderama shit
Me and my conglomerates
Shall remain anonymous
Caught up in that finer shit
Get that type of media coverage Obama get
Spit that Kurt Vonnegut
That blow your brain Kurt Cobain that Nirvana shit
Who gon’ bring the game back?
Who gon’ spit that Ramo on the train tracks
That gold rope, that five-finger ring rap…”

Sadly, “Never not Fresh” also supplies us with a lot of under-produced boom bap. “Take It Back” by Skillz and “Spit It Clearly” by Dilated Peoples are prime examples. Both have something going on, but there is just too little to keep your attention. Renowned producer Alchemist shows up on “Spit It Clearly” but his beat screams throwaway, which is another symptom of an underground Hip Hop compilation.

On the other half of “Never Not Fresh”, we get a bunch of unlistenable weird stuff. Songs like “Head On Str8” and the awkward “Ooh La La” are what gives Alternative Rap a bad name. The first one sounds like Aceyalone, Casual and Chali 2na were trying to put together a Flo Rida-type Pop record and the result is atrocious. The latter has no place on a compilation like this one. I cannot imagine that anybody who purchased this product wanted to hear this poor attempt at a modern funk jam.

At the very end, we are treated to a composition of underground mainstay RJD2. It definitely should have been a full song. An additional good beat would have made all the difference in the world on an album that is plagued by mediocre production. In summary, what we get on “Never Not Fresh” is numerous good lyricists, some weirdos and instrumentals that are mostly uninteresting and/or strange.