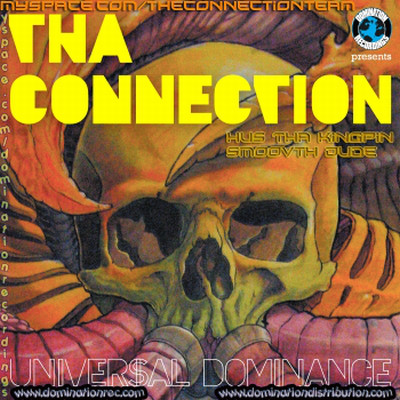 2008 has been a long, strange, but not entirely bad year for a music fan. By many traditional measures music sales have been down across the board in ALL genres, causing many pundits to issue unabashed opinions like “COMPACT DISCS ARE OBSOLETE” or even more brazen ones like “RETAIL MUSIC IS DEAD!” Until they stop selling them at Best Buy, Wal*Mart and Amazon.com such punditry is at best wild speculation, but what they do correctly recognize is that digital music has reached record levels of mainstream acceptance and popularity. In part this is due to the low prices that a la carte songs have maintained, most often 99 cents from retailers like iTunes. Another reason is the sheer cornucopia of free music available on the web these days, but more importantly QUALITY free music. It used to be that an artist giving away their work online was in itself an admission that said music was unsellable. In 2008 that theory went out the window, particularly in hip-hop, as even established rap artists gave away free samples of their work and full-length mixtapes online. It became trendy, dare I say chic, to give the people something for nothing. Traditional retailers were left asking “WHY?!” The answers are obvious though.

In the case of Tha Connection, I suspect at least three if not all four of these things are true. For those who have never heard Tha Connection before or caught them live at a show opening for somebody else a free download is definitely a way to create some buzz and loyalty, prepare the public for a retail release later on, and encourage people to support them when they DO rip a live show. Of course the theories stated here only work if the corollary provided earlier is proven true that the download is QUALITY free music. I suspect most people who check out Tha Connection @Domination Recordings’ website will find that corollary applies. The duo of Hus Tha KingPin and SmooVth Dude have the sound of a classic 1990’s New York rap group falling somewhere between Mobb Deep and Sunz of Man – hard as bricks, flowing over lovely beats, constantly hinting at hidden jewels and occasionally letting a few shine.

Production on “Universal Dominance” is greatly varied and yet surprisingly focused, with all of the tracks maintaining the same gritty Hempstead, Long Island feeling. Hints of jazz and 5% mathematics creep into the musical and lyrical delivery of the Sci Fi produced “Funktions.” Max I Million’s “Supa” is a throwback to a Camp Lo track with less non-sensical rap flows than Sonny Cheeba or Geechi Suede would spit. DJ Kryptonite’s warbling wind instruments and smooth backdrop on “Moon” suggests Q-Tip or Saul Williams, yet the L.I. duo make it all their own:

“Connect bring the love to the room, the bomb boom
Blow the smoke in the sky with the moon
The march soon roulette rouge
Tired of crews
I bathe in the waters of the fountain of youth
I blaze on the borders of the mountain of truth”

Perhaps they’re a little abstract poetic for some, but the soundscape it floats over brings the scene together nicely. “Sentido” is explained as “making sense” and that’s just what AGQ’s beat does as Tha Connection stay “forever bent, forever gettin intense.” Chirping crickets actually form part of the track on the “Take it Higher (Remix)” by Elaquent and work perfectly. Not all tracks are a homerun though, some here are just doubles or singles with a few pop flys. Darkitect’s “Oven (Remix)” is just a little TOO noisy in the headphones, with bass levels distorting the mix so terribly the song should have either been redone or discarded. “Six Feet” has the exact opposite problem – vocals too low and a dry tinny beat that just doesn’t hit. Vans Cal hits the perfect mark between the two on “Hibernation,” giving the L.I. crew a mixture of melody, piano and horny horn soul so beautiful I’d love to get down with the instrumental.

If there’s one thing bad I can say about Tha Connection, it’s that they don’t establish much of a persona on “Universal Dominance” beyond “we’re the Gods from New York” on the mic. You can get away with that on a free download, probably even convert a few skeptical listeners, but to reach a broader appeal they need to do something more to distinguish themselves AND to make sure there are a few less duds in the mix. Regardless for a CD given away for free as a download they make a strong case for purchasing the next joint they drop by making you not regret the time and bandwidth you’ll spend copping this one.