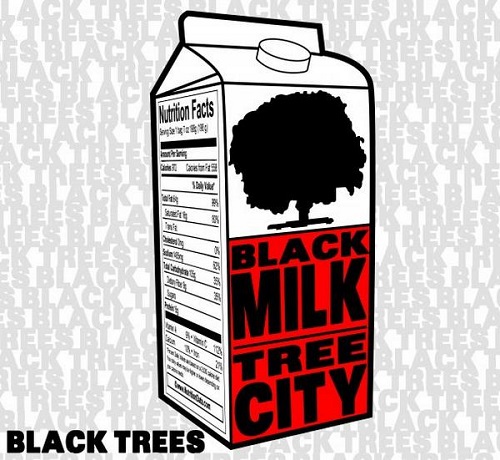 Michigan hip-hop may not get the acknowledgment that better known scenes in Chicago, New York and Los Angeles do but it still tends to be one of the most vibrant and diverse on the rap scene year after year. It’s the state that’s produced everyone from well known names like MC Breed (R.I.P.) and Eminem to crazy psycopathic flows like Esham and ICP to underground superstars like Black Milk and One Be Lo. In Detroit alone you can find every rap style from Southern swagger to hardcore gangster to punchline battle rhymes on deck. Even though local radio doesn’t always support very well (one station that always claimed to be “where hip-hop lives” even though they only played slow jams comes to mind) the scene has continued to grow and evolve over the years strictly on the dedication to and love for hip-hop music and culture.

Tree City is another crew following in this tradition, drawing their name from the city they hail from (Ann Arbor) and possibly a love of the herbal trees as well. Recognizing that they’re having a hard time getting known outside of Eastern Michigan, the group reached out to me with a copy of “Black Trees” for a review. Their latest album is built on an interesting “quid pro quo” premise in that they got the beats for this album entirely free from a Black Milk project with BM’s blessing, so they in turn are giving away “Black Trees” for free and not attempting to profit off it. They repeatedly acknowledge not creating the beats and encourage support of Black Milk first and foremost, but consider “Black Trees” a merger and reimagining of Milk’s music and even created some milk carton artwork for the CD to illustrate the point. Going full out with the concept impressed me right from the jump, especially for a freebie.

Addressing this album has to come on two different levels. First and foremost I have to give up props and recognition to Black Milk, and even though fellow critic Guido Stern beat me to the punch it deserves to be said again that Milk is a genius with beats. While he may have had “Purple” inspiration from the frozen tundra of Minnesnowta putting together, you’d never know it until the last few seconds of each track when Milk pulls back the curtain on the beats. Thankfully Tree City left these segments intact, my favorite coming on “Computer Age” when you suddenly realize that a few chopped and screwed seconds of doves were crying at you all along. Even though I can’t individually name the Tree City members spitting verses in the song, I love the Deltron 3030 style vibe that they’re on. These are some deep and intricately woven thoughts about the not necessarily symbiotic relationship humans have with their technology:

“The 21st century, is a penitentiary
Internet, entities, cybernetic enemies
Information frenzy feeds, anithestic head of me
Friendly beckoning holographic disaster recipes
Intangible rival weaponries societal vasectomy
Monetary inequity when violence is meant to be
Sent to re-overload with a computer for brains
The ravages of destruction are a fluent exchange”

“See cause basically you’re trained to be complacently latent
Stationed to green screen fantasies ’til sanity’s vacant
Craving technology enough to drop a G on a shopping spree
But never stop to ponder on the hottest commodity
The latest toy to play was just a haven for surveillance
It’s tracing your every move, nobody’s privacy sacred
Cause a scheme like this is gradual, not out of the blue
So don’t be surprised to find that the monitor monitors you!”

This (far too) short 12 track album is consistantly on that vibe, but one might be reluctant to given them credit given they had far more time to craft rhymes without any beats to edit. If we’re going to be reasonable about it I’ll have to say there’s no score for the music on this project as it’s “not applicable” to rate Black Milk’s work again, even though they do deserve credit for using beats from a fellow Michigander who doesn’t get nearly the props that he should (as they say themselves, go pick up “Tronic” already). What I will say is that even for free, Tree City impressed me enough that I’d pay for their next album even though the odds are RapReviews.com will still get a comp. If you live in Michigan though you should be able to find their music in a mom & pop store or catch them locally on tour, but hopefully they’ll take it to the next level and represent nationally while still keeping their advanced lyricism and not watering it down. There’s an audience for Tree City’s hip-hop and they need only to make people aware of their work for them to find it. Go to MySpace.com/treecitymusic to smoke out with some of Ann Arbor’s finest Trees.