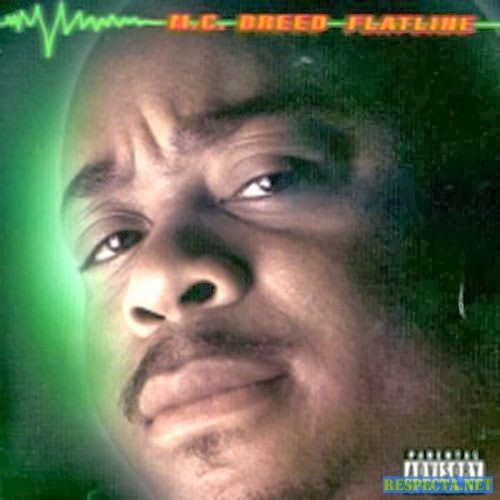 My grandmother, may she rest in peace, once told me how she would read obituaries in the paper and literally see death approaching. First the most frequent years of birth in the obituaries would be years away, but then they would inexorably draw near hers. The reaper isn’t concerned with statistics, and so she died prematurely, if of one of the terminal illnesses that don’t come entirely unexpected at that age. Even though I’m still some decades away from my estimated year of death, I have begun to relate to her experience. How so? A vexing number of the hip-hop personalities I’ve witnessed pass away as a rap fan were around my age, give or take one or two years (born between 1970 and 1974). Biggie, Tupac, Mac Dre, DJ Screw, Big L, Pimp C, Big Pun, Subroc, Seagram, Fat Pat, Freaky Tah, J Dilla, MC Trouble, Big Moe, Proof, Charizma, Eric ‘O.G. Style’ Woods. They died in accidents, of health problems, or as murder victims. Beyond all the divergences that exist between them and me, I consider us part of the same generation.

When peers die, we are reminded of our own fragility and ultimate finitude. As a youth movement born in the ’70s, rap music initially wasn’t much inclined to deal with the subject of death. Death certainly was an issue for rappers who spoke about life on the streets, but mostly in the form of mourning fallen comrades and of relating how they themselves triumphed over death. In the ’90s two rappers took things a step further by getting just a little bit closer to death in their music. One was The Notorious BIG, who debuted with an album entitled “Ready to Die,” the other was 2Pac, who in his writing regularly considered the possibility of his demise and the legacy he might leave behind. One gradually withdrew from his early “Suicidal Thoughts” (Big), while the other increasingly wound up in perilous situations and, facing mortality, recorded song after song (Pac). Both rappers were dead well before the ’90s were over.

A few months ago another name was added to my list – MC Breed. After his kidneys failed in September, putting him critical condition, Eric Breed recovered briefly, but the need for a transplant was evident. On November 22nd 2008 the rapper died of renal failure at age 37. Breed had been out of the public eye for quite some time, and some might even say that apart from his early hit single “Ain’t No Future in Yo’ Frontin'” and his ’93 duet with Tupac Shakur, “Gotta Get Mine,” his contributions to rap music are rightfully forgotten. The truth is that Breed had an unparalleled run of quality albums in the ’90s. 1997’s “Flatline” was his 7th album in as many years. The same year he also released a noteworthy compilation on his One Puff Music label, and got a posthumous co-sign from Pac, who rapped on Ant Banks’ “4 Tha Hustlas”:

“Now shit done changed, it ain’t the same, I ain’t lyin’
niggas is dyin’, three stripes have you muthafuckas fryin’
in the penitentiary or in the cemetary
Gettin’ high, no need to worry
And last year niggas was smokin’ up the block
and inbetween shots pumpin’ tapes from that nigga Breed and Pac”

These two were very different artists and personalities, but they are both icons of 1990s hip-hop, and their paths crossed more than once. Yet where Pac was a showman who brimmed with attitude and anger, Breed was the laid-back type who didn’t seem to let life’s mean streaks get the best of him. That’s why “Flatline” doesn’t live up to its title in Shakur fashion. The title track appears late (but not last), and even though it has a dramatic ending with gunshots and a flatlining heart monitor, little about it is epic or fateful. It’s a matter-of-fact song that has little to say about death except that life can end quickly.

“Dear Lord” is much more substantial. The most convincing spiritual rap songs are always introspective, and this one is no different. Accompanied by subtle percussion, a solemn e-guitar and a singer, Breed humbles himself before God, but he doesn’t forget to mix in a few critical observations about the world:

“Dear Lord, forgive me for my sins when I fall short
I know my story’s a likely story and you heard this one before
(…)
I can’t help but think about my little girls
They ain’t know, so where they headed in Your new world?
This after-life/after-death bidness got me wonderin’ if I’m twisted
Whether be Baptist or Christian – even though mom’s Jehova Witness?
I don’t think so, none of these preachers coincide
None of ’em look like Noah, Lord, they all drive these fancy rides
(…)
My bad association has ruined my useful habits
Wishin’ I could return and get it back the way I had it
(…)
But I’ve accepted my corruption
I’m under construction
Pray that it ain’t too late, wait upon destruction
See, either way, we come or go
when it’s over we won’t even know
That’s the way it should be, just start over, everywhere to go
It’s easier said than done, scared for reason number one:
When I was a young boy I wondered if he had a gun
‘Is he really that cruel, mama?’ She replied:
‘Not as long as he won’t use the tool on ya;’ that’s when I cried
(…)
I feel like You just testin’ me
and it’s really done got the best of me
but You caress me
and pointin’ me in the right direction of my destiny
And the psychic helpline
ain’t really helped mine
when I called through
and when I got they phone bill, that’s when I called You
And it’s easier this way cause I don’t live off of he-she
most of the time she-say, BS keep comin’ like a replay
Somewhat of a clichÃ©, feared like it was D-Day
Melody be so heavenly you got more than one DJ
So tonight before I lay my head down and go to sleep
I got a demo that I want you to peep”

The symphonic arrangement of light guitar licks and keyboard layers is already top-notch, but with added funked out hook vocals and a constant crackling “Floatin’ Through the Cosmos” sounds both vintage and futuristic at the same time. Ever the charismatic host, Breed takes us on a weed-enhanced journey:

“I can’t think without my drink, so nigga, pass it
Then take two big-ass pulls of the blunt and then amass it
Float with Breed through the galaxy
The cosmos belongs to me, it’s my gallery
And it don’t matter, we ballin’ in the highest degree
From F-L-I-N-T, Breed gettin’ high as could be
I’m finna fly on weed”

But, very much like Rakim’s space travelling in “Follow the Leader,” “Floatin’ Through the Cosmos” tells competition to catch up:

“You can fly with me when I bounce to interplanetary limits
I’m in it to win it, fuck a gimmick
I got a secret when the beat hit
Worldwide it’s hard to hide cause I freak shit
A penny for your thoughts, a million plus for mine
You say I’m fallin’ off, but you ain’t even known to get your own
Platinum-slappin’ ’em haters with my latest disc
But can you detect what’s comin’ next from the flex of my wrist?”

By 1997 rap’s general attention had turned to other exciting artists, but to a hardcore Breed follower like myself the first track on “Flatline” put into words (and action) what I knew all along: “Breed do it to you every time, hit you with the unexpected / connect the beats and rhymes, and then perfect it.” Throughout the song I noddingly approved, right to the finishing line: “Can’t a nigga hit ’em up like Breed / I got raps for days, so you can blaze up the weed.” Indeed.

“Flatline” was the fourth consecutive album on which Breed worked with producer Jazze Pha, whose earlier work adhered to the same later-’90s Atlanta sound mentioned before. “Rule #1” is a bass-heavy beat with sparse undercurrents of keys. (The track is supposed to star Kurupt, but Pimp C is the only feature, which later was remedied on “It’s All Good.”) “Conclusions” continues the successful collaborations with Too $hort with a deft macking demonstration. This time Pha’s subtle rhythm track is highlighted by stinging keyboard cusps. The album concludes with the surprisingly mature relationship song “Whatcha Mad At?,” musically a flashback to the previous album, assisted by Atlanta bassist Preston Crump; “Deuce Shot,” which features Erotic D doing his best Dr. Dre impression on the mic; and the classy, Ant Banks-conducted closer “Break of Dawn,” another example of the music being the star of the show on this album.

MC Breed was such an accomplished vocalist that one expects him to also excel at lyricism. While there are numerous songs in his catalog that deliver on that account, “Flatline” falls, no pun intended, a little bit flat, especially considering claims such as that he’s known for his “gift of grammar from Atlanta to Atlantis.” Since Breed was kind of in a league of his own, both in regards to his vocal style and his origin, he may not have quite felt the sting of competition other rappers in more populated areas are subject to. You can put nine out of ten rappers next to Breed and he’s going to sound better than them based on his effortless performance alone, which is not exactly an incentive to step one’s lyrical game up.

In the end that doesn’t take away from the enjoyment of an excellently produced album that despite its nocturnal, hypnotic atmosphere feels as crisp and clear as a dawning day and does a nearly flawless job in the vocal department (backgrounds included). “Flatline” concluded Breed’s impressive seven year streak. 1998 saw him take a time-out, and the releases under his name that followed around the millennium (“It’s All Good,” “2 for the Show,” “Rare Breed,” “Chopped & Screwed”) suggested less actual artistic activity.