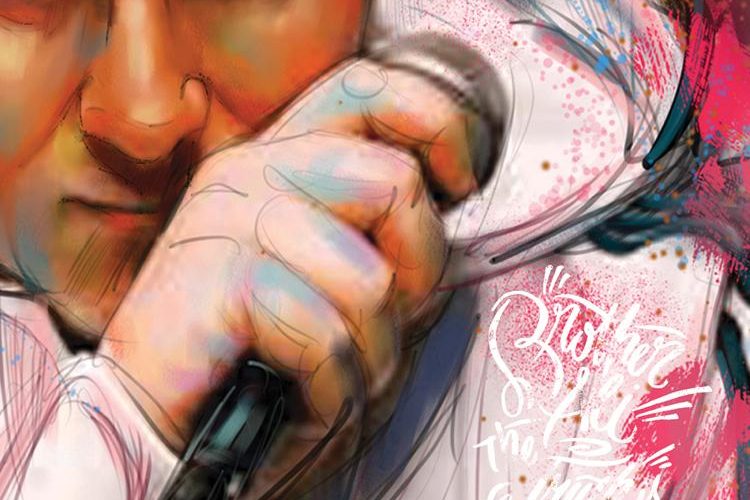 Brother Ali :: The Truth Is Here

Sometimes the simplest of things do the job better than the most complex. Today record labels do all types of things to get you to check out their artists. Free DVDs and ringtones have become the norm. Others will entice you with autographs, bonus CDs, stickers, key chains, and more. No amount of free souvenirs would have ever gotten me to check out Brother Ali. In fact, despite the man receiving much hype in the underground I hadn’t even heard the name before one fateful evening when I ran across a flyer taped to a window. I was in a small town looking for the lone record store. Much like other small town businesses, this one was closed entirely too early on a Saturday evening. Rather than curse the locals and be miserable, I decided to feed my curiosity and imagination. I squinted trying to make out whatever I could through the dusty windows and wondered what gems might be locked up inside. As I shifted to the right to try to get a better view I came across an old tattered flyer on the window. It was an advertisement for a rap concert passed headlined by what I assumed to be a no name rapper called Brother Ali. I scanned the photos on the ad trying to figure out which one belonged to Brother Ali, but alas all the people pictured were white. Yes, I let my ignorance and stereotypes get the best of me that time. Not wanting to call my venture to the mom and pop a complete bust I decided to look up Brother Ali when I got home and discovered the reasons the man was headlining shows. So there you have it, the story of how a simple black and white flyer created a fan. Fast forward 4 years and I’m still a fan and Ali is still dropping dope music. The latest is an EP/DVD meant to hold over fans until his next LP drops. “The Truth Is Here” continues the theme of honesty and truth that has permeated all of Ali’s work.

The EP keeps it simple and as has been the case with other Ali releases, the rhymes are almost exclusively Ali and the beats are handled by Ant. Slug makes an appearance on “The Believers” but we’ll get to that later. The EP kicks off with “Real As Can Be” and the short track quite doesn’t connect. Ant’s beat is a little too out there and lacks the soul of his best work, while Ali attempts to relate his struggles as an independent artist constantly touring. While similar songs by Alchemist and Evidence have evoked sympathy from me, for some reason Ali’s take sounds a little forced to me. Thankfully the EP picks up with “Philistine David” and “Little Rodney” where Brother Ali flexes his story telling skills and ability to put himself in others shoes. “Palm The Joke” comes next and features the first true banger from Ant as the beat is absolutely crazy. Brother Ali seems motivated by the quality of the music on this one as well:

“We raise monsters in the basement
Feed em shell casings and train em to chase us
We rip most the pages out
Of the bibles and Korans
In this house there’s very few we care about
Such a god has forsaken us
And from his anger gush forth plagues and floods
The chosen people done stoned the great prophets
Its mighty Rhymesayers upon us until the day of judgment
We spend days punching brick walls
The scabs we rip em out and fill them bitches with salt
To all injury we add insult
Got a leather bound edition of shit that ain’t our fault
Swabbing down the bridges with lighter fluid
Too timid to burn them, we pray the lightning do it
I wear this mask on my face called a fitted
Frozen in a pair of johns, waiting out my sentence
Living in a well, self made hell
Medicated, dwelling in a pit within myself
I race time patiently, suffering the pain
And kindly invite you to hell for not saving me
I see a poor victim’s face
Reflected on the pawn shop glass pistol case
The breath make it foggy, and then it gets clear
Now which metal hear would fit best in the ear?”

Songs like this are what make every Brother Ali release worth a purchase. Things pick up from this point on as “Palm the Joker” seems to wake both Ant and Ali up. “Good Lord” features another pounding Ant beat with pianos constantly playing off each other while Ali brings the fire. “Baby Don’t Go” is going to be hit or miss depending on your mood. The smooth beat is nothing to complain about and Ali’s verse are fine, but the light mood of the track doesn’t quite fit with the rest of the EP. “Talkin’ My Shit” is a dope Brother Ali track where he tells a story and flexes his skills. “The Believers” might have been the most anticipated track with the Slug feature and doesn’t disappoint. Both emcees are at their lyrical best, but instead of making a track of substance they just rap about how dope they are and how capable they are of making such tracks. “Begin Here” ends things and is a smooth, jazzy track that sounds great and makes you wish it was longer.

“The Truth Is Here” isn’t Brother Ali’s best work, but it is a very good EP. I can’t raise the score of the music just because of the dope DVD that is included, but as a package this is definitely worth the price. The music lacks the flow and cohesiveness of a Brother Ali album, and that intensity and focus does add a lot to his music. Still there are plenty of dope songs to be found and some that one might even call classic Ali. The EP serves its purpose quite well as it gives fans just enough to keep you craving a Brother Ali full length, but holds back enough so they will appreciate the full length once it arrives.