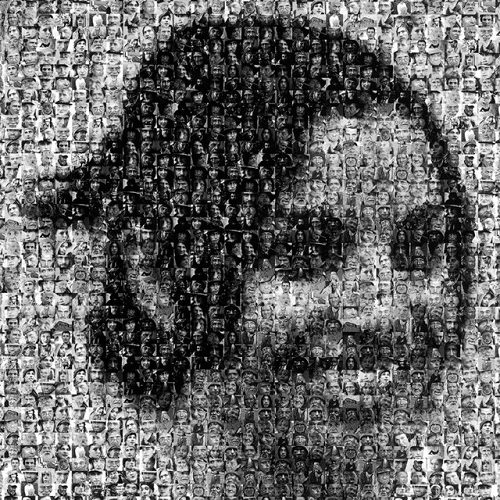 It’s no fun dissing socially conscious hip hop. There is so little of it to begin with, and even less that expresses many of the same ideas I hold near and dear to my heart, so when such an album comes along I try extra hard to finds its virtues. Sometimes, though, despite my best efforts, I simply can’t make a recommendation no matter how much I agree with its message.

Alexipharmic’s “American Beauty” is just this kind of album. The Washington native’s debut has its origins in an extended cross-country road trip with anthropological aspirations, on which the MC observed and interacted with the variety of people America has to offer. Inspired by what he saw, he recorded this album along the way and decided to donate half the net proceeds, as well as 100% of the supporting tour’s net proceeds, to charity. It’s a great impulse, and one that I wish more artists would take, but the only thing I’m concerned with as a reviewer is whether or not it holds up musically. Unfortunately, the answer is not very well.

I know I’ve gone on about this before, but, as counterintuitive as it seems, MC skills are really undervalued these days, particularly in the underground scene. Often, rappers’ ability to write a good verse with multisyllable rhyme patterns or super scientifical babble overshadows their ability to actually RAP. Yet it’s a matter that can’t be overstated, as an MC’s vocal abilities are at the heart of any good rap product. “MCs without a voice should write a book” and all that jazz, you know.

It is this aspect of the music that eludes Alexipharmic and makes an otherwise worthwhile effort tough to stomach. It’s not just that he doesn’t have the prototypical MC voice, but that he isn’t especially adept at using it. He doesn’t flow so much as he stumbles all over the track, never quite finding the beat or displaying any fluidity. I’m not talking Talib Kweli, fit as many syllables as you can issues, or even El-P, occasionally disregard normal boundaries between bars and create your own rhythm. Those two guys and their kin at least seem to march to the beat of some drummer, even if it is their own. Alexipharmic doesn’t seem to even *have* a drummer, only a minimal acquaintance with the beat.

It is a constant issue, but it is most painfully apparent when the beat switches up in any way, shape, or form. My piano teacher could always catch me when I hadn’t practiced by making me play a piece way slower than intended, because it highlighted all the imperfections in my play. The same principle applies here as well, with slower tracks like “Kings” suffering greatly because of his inability to ride the beat appropriately. Ditto for “Sex,” which, in addition to being slower on the BPMs, also has a stuttering kind of rhythm that demands that extra bit of skill that Alexipharmic just can’t deliver.

It’s a shame too, because he can write a decent verse, on paper at least, and he has lined up an impressive series of instrumentals to back him up. The disco bounce of opener “American” gives way seamlessly to the harder thump and electric guitar of “Colossus,” on which Alexipharmic advises, “Don’t let anybody tell you you’re unpatriotic if you question your country, cuz true patriotism lies in the desire to see your country improve.” So once again we have a beat and a sentiment that I heartily endorse but still no delivery to match. The same goes for “Sex,” another good track with a nice chopped-up sample and swaying beat to go with as progressive a message as you’ll find on a rap record with such a title, yet the flow (or lack thereof) ruins all potential enjoyment. Repeat this formula for the quasi-G-funk of “Beauty,” the plaintive piano of “Bend,” and just about every other song here and you get a picture of the dilemma “American Beauty” presents.

Maybe it’s unfair to harp on this one flaw when so many other aspects of the album work so well, but for me an MC’s vocal delivery is the most central facet of the music and can make or break a release. I often think it’s unfair, or at least inaccurate, that we rate artists on a category called “Lyrics” when in reality we’re summing up much more, something that could perhaps more aptly be described as “Vocals.” No one should get the wrong impression â€“ lyrically, there is nothing wrong with Alexipharmic. These would make great poetry pieces, I’m sure. But as rap music, they fail miserably because of one crucial failing. Unfortunately for Alexipharmic, it happens to be the most fundamental of flaws in hip hop.