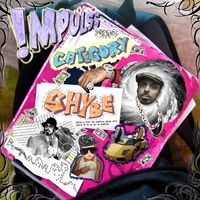 Shybe? Big Tymers once made the word popular by saying, “Gator boots with the pimped out Gucci Suit, ain’t got no job, but I stay shive.” The New Orleans street slang that means fly, cool, or good is exactly what rapper/producer Impulss intends on delivering in his latest contribution of “Category Shybe.”

Regardless of the Big Easy’s complex situation, the strength in the music continues to thrive as artists embody the New Orleans way of life and attempts at survival. Artist Daniel “Impulss” Perez is one of these artists who shows his positive intent despite the surrounding challenges while continuing to make his music flourish amidst difficult times. Exploring his talents as an emcee and producer while doing the initial recordings to the exhausting tasks of mastering, “Category Shybe” is Impulss’ sole brainchild from beginning to end.

The instant that “Category Shybe” begins, you know Impulss is the real deal. I’m not just talking about the fact that he writes, produces, and performs his own music, but he puts everything on the table and exposes himself in a way that few emcees do. With trumpets blaring in “Walk on Water” featuring Dizzy, Impulss makes reference to his own music from the past while criticizing his own tracks as he says:

“People criticize all the projects I take on
Always degrade on
Put a low grade on
What the hell is ‘Charisma?’
That was a gay song
Then swallowed the sack when they heard me with Akon”

Impulss has come a long way from working with Def Jam and Scarface to going back to his own independent, solo artistry. With its funk and electronic beat, “Wasn’t Long Ago” explains his long journey and struggle both financially and physically while including a few words about once being signed. Impulss goes further into his family life, his appreciation for the life he lives, and the constant sacrifice in order to achieve. In a similar track, “Radio Off,” Impulss plays on the idea of being unable to listen to the radio and instead, shifts his attention to more important things in life. It’s clear that Impulss makes a strong point that today’s individual gets so caught up in the media and digital up rise it seems as though it almost supersedes the basic ideas of writing, family, and constant learning.

With all of its self-awareness messages, one might think “Category Shybe” was a self-help tape of some sort, but in reality, Impulss just has some good, sound advice to spread to his audience. He shows how to boost self-esteem in “Shine Supreme” while “Locked and Loaded,” featuring Truth Universal, opens up eyes to the disreputable motives of the military and police as crime and violence runs rampant throughout New Orleans. Impulss shows:

“The point’s made when they make me park my car
New Orleans is the current guinea pig for martial law
We all get oppressed…
Would they torture me, too, if I’m mad at this predicament?
Put a hood on my head if I’m a little bit belligerent
Why are they ignorant?
Why can’t they see the light?
The murder rate would go down if the kids could read and write
I knew a life would end right before the soldiers were done
Killed a man, thought his phone was a gun
It’s our own soldiers against us
Now it’s meant to be an evil project for a new American century”

“Make Them Wait” is a more lighthearted track that once again exposes the vulnerable side of Impulss as he shows the reality of his own nervousness every time he hits the stage. The track begins with Impulss sobbing as he is told to get on stage and further explores the gamut of emotions he experiences as he is ready to perform. In comedic way, Impulss remains worrisome about how “the second I stand on stage I’m straight/but getting there is a problem/make them wait.” “I Shot a Rapper” is yet another attention grabbing track that reveals the intent and negative impact of some rappers on today’s youth. Impulss goes as far as showing how rappers appear these days as he says:

It’s apparent that Impulss has only developed through the years with his rhymes and production as displayed in “Category Shybe.” Impulss has a way of having his audience see through his eyes for a split second while he makes you identify with the continuous qualms flourishing throughout New Orleans. His self-exploration and frankness is as real as it gets as the truth to his rhymes go unmatched. Many wouldn’t guess this is a one man show, but Impulss delivers with his music as he definitely “stays shybe.”