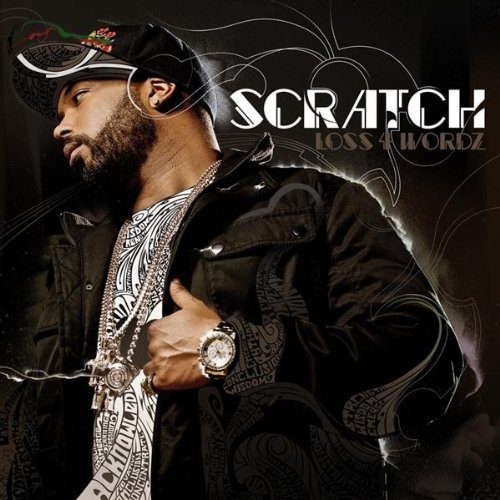 Apparently people are still wondering why Scratch isn’t beat boxing with the Roots anymore, six years after he left the group. To answer the questions of his fans who don’t know what’s going on, or who wonder if there is bad blood Scratch uses “Loss 4 Words” Intro track to let Del Paxton’s words of wisdom from the film That Thing You Do do the speaking for him. “Ain’t no way to keep a band together. Bands come and go. You got to keep on playin’, no matter with who.” Taking this advice Scratch has returned to the solo world after last year’s children’s record with Prince Paul as part of Dino 5, but anyone who’d worried a stop at the kid’s table is going to affect the quality on “Loss 4 Words,” needs to listen to the words of one Kanye West on the song “Ready to Go.”

“How you gonna doubt this man?
He got a Grammy for beatboxin’ for Christsake”

“Loss 4 Words” is a fascinating mix of soulful R&B and thundering hip hop, with only Scratch’s subdued production and hyperactive vocal turn table and 808 aping tying everything together. The guest star line-up has something for everyone. Hardcore fan? You’ve got M.O.P. and Peedi Crakk on your side. Hipster with a taste for soul and weirdness? Find yourself bobbing your head along with Damon Albarn (Blur, Gorillaz), Talib Kweli, and Musiq Soulchild. Perhaps you’ve just got a hankering for swagger, cockiness, and a killer beat? Kanye West and Consequence have got you covered brother. The constantly rotating cast of characters ensures things stay fresh, so even when there’s a track you might not be stoked on it’s simply a matter of waiting a few minutes before something completely different pulses through your speakers.

The sheer variety of talent here, and rest assured this record is packed with talent, augments Scratch’s old school beat boxing and swinging production to create something lacking in hip hop these days, a great start to finish party record. All too often this genre gets caught up in making one’s self look fly, and forgets to make sure the people throwing down their hard earned cash are going to get their money’s worth. Scratch might just be known for beat boxing and producing, but as long as he keeps putting together compilations this crowd pleasing he’s going to remain a step above most lyricists who can’t stop praising themselves long enough to get the party started.