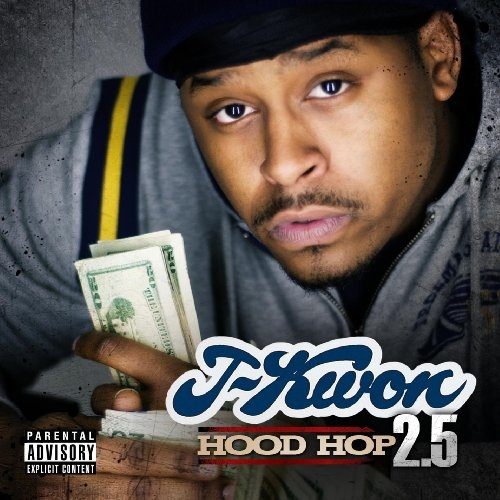 At one point five years ago J-Kwon was more than the next big thing – he was THE big thing in hip-hop. Off the chart-topping success of his pop music smash “Tipsy,” Kwon’s debut album “Hood Hop” rocketed straight past gold all the way to platinum. Before long everybody wanted a piece of Kwon’s success from diminutive comedian Andy Milonakis to fellow Jermaine Dupri product Bow Wow. As they all cashed in on his rise to fame, I wrote some rather prophetic words in my review of his debut, and it’s a little bit eerie to read them now.

“For J-Kwon’s sake, I hope ‘Tipsy’ doesn’t turn him into a one-hit wonder, because there’s not much else on Hood Hop to sustain his career.”

Five long years later, where has J-Kwon been? Lost in the music industry shuffle, without another hit to his name, let alone a major label to call home. Each progressive single from Kwon after “Tipsy” peaked at a lower point on the U.S. Billboard charts, until eventually they stopped charting at ALL. 2008’s “Boo Boo (Holdin’ Me Down)” wasn’t even a bad song, but it had no buzz and even less publicity. In the year following Kwon opted to digitally release “Hood Hop 2,” possibly the only chance he had anyone would hear it. Fortunately for Kwon he had some bounce so when he hit the bottom, things started to come back up. The album moved some units on iTunes, enough at least to generate record label interest in distributing a physical album.

“Hood Hop 2.5” is the result. Usually a decimal point indicates that the original issue has been revised and updated for re-release, but “2.5” is in fact an entirely new album of material. It would have been best for Kwon to come up with a whole new name for this release given the similar album names will hurt sales – iTunes users will think this is a repeat and vice versa. One of the lead singles off the brand new release is “Louie Bounce AKA I Smack Nikki,” featuring Nino Green and produced by J-Skillz Da Bandman.

“Whattup Big Bob? Whattup Nelly Nel?
J-Kwon back, with a hundred shells
This ain’t the new scene, that got a honey ounced
SoundScan say that they ain’t sold a hundred sounds
I’m back now they runnin like a track meet
I’m in the dunk ya badonk on them Shaq feet
Got my dog hood and hopped on the backseat
One shot make ’em sing like they BLACKstreet
Yup hatin on me I put my thang in ya mouth
Like the NBA, I bring my team to your house”

It seems likely then that I’ll need to buy extra burgers and brats to feed everybody coming over – the team’s on their way. J Skillz can stay on the bench though because his beat on “Louie Bounce” is okay. In many ways the song is interchangeable with a Mannie Fresh track, with multiple melodies weaved tightly and a hard-pounding beat to make it all stick like superglue. Even when the music drops away, the fat funky horn sounds resound. Unfortunately the track instrumental alone would be better, as Kwon’s rhymes get progressively worse and/or more corny. Each time you think he’s hit a new low he goes lower, painting his Bentley half black to “call it Obama” and then celebrating “J-Kwanzaa.” Ouch. Time after time this proves to be the rule rather than the exception – above average beats with below average lyrics. Skillz pays the bills on “St. Louis Shit” while Kwon tries to blatantly rip off Lil Wayne, right down to using Autotune on his vocals and singing the hook. “Close Your Eyes” sounds symphonic and epic, but all of Kwon’s shinin’ and stuntin’ amounts to nothin’. His last chance at redemption on the CD is the finale “Tipsy ’09.”

There’s undoubtedly truth in those last two bars, especially given how much time Kwon spends on “Hood Hop 2.5” rapping about his expensive cars. Either he has a whole fleet in the extra wide garage and no money leftover, or he’s leasing them all and has no money left after paying the monthlies. Some songs still work when Kwon gets slightly beyond the superficial, like the Rudy produced “Just Livin’ My Life” when he throws out a R.I.P. to Static and lets guest star Shy Still On sing the hook. There’s likely going to be people offended by the line “when I speak, they don’t understand like I’m Arabic” though. That’s why Kwon is his own worst enemy – even when B Still or J Skillz comes through with hotness, Kwon can’t resist a bar that probably sounded funny while high writing it which afterwards is just ig’nant. It’s no wonder his songs stopped charting – his rhyming ability has actually REGRESSED since “Hood Hop,” proving yet again like Hollywood that slapping a number on the end to try and cash in just results in a less interesting sequel.