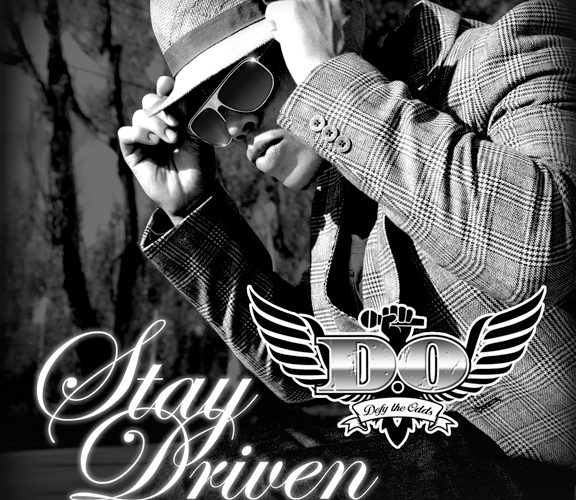 Toronto emcee D.O. (Defy the Odds) has been a definite trendsetter while setting a Guinness World Record for the longest freestyle rap of 8 hours and 45 minutes in 2003, as others followed his lead and was finally beat by emcee Supernatural in 2006 with 9 hours of freestyling. Nonetheless, his feat created media frenzy and aided in D.O.’s exposure as his ventured out traveling throughout Canada and parts of the United States. In addition to his mix tapes sold while performing abroad, D.O. debuted his full length album, “The Northstarr,” in 2007 and with it came various Canadian awards and nominations. Alongside his solo endeavors, D.O. is also an integral part to the duo of Art of Fresh together with Slakah the Beatchild.

Not only devoted to his music, D.O. has dug deep into his own life experiences and created the outreach program, “Stay Driven,” aimed towards the difficulties of bullying and peer-pressure amongst today’s troubled youth. His public speaking abilities at Catholic and public schools throughout Ontario have made an impact on teens and have helped many. Even with all of his undertakings, D.O. releases his second album, “Stay Driven,” featuring production from Classified, Slakah the Beatchild, Marco Polo and Metty the Dert Merchant from Sweatshop Union.

As a motivational speaker, D.O. walks the talk on a daily basis, constantly instilling the message of non-violence and avoiding confrontation to children in their early stages. With these values, D.O. reflects them in his lyrics as he exposes his weaknesses yet deals with criticism and disapproval in a positive way. “Know Nothing” featuring Dirty Circus shows how nothing stands in the way of reaching success and ridicules those who haven’t tried to be triumphant. “Stand My Ground” is another track that demonstrates D.O.’s persistence as he explains that he will never back down even in the face of adversity.

The funk driven “This Grind” is an upbeat track that discusses the idea of working hard even in the daily grind, while soft flutes commence “Now I Understand” featuring Classified which reveals various revelations though his years and the love of the art as D.O. says:

“It wasn’t for the fame
The reason why I got into the game
Wasn’t to add a few dollars to my name
Only wanted to come and spit flames
Be like Rakim and rock a fat gold chain
But now a few things changed
And it ain’t the same when I step off stage
‘Cause when they holla
Say my rhymes made a change
So it’s different when I sit down and write a page
Think it through
Can’t come with any rhymes though
Much more than just a punch line flow
It’s crunch time though
Take a look what going on
Everyday a child lost, as another mother mourns”

As D.O. has learned to stay humble through the years and continually open to learning, at the day end of the day, he never forgets his roots as these are the places that have shaped him. “Small Town” features Slakah the Beatchild and vocals from Andrew Austin as it shows how influential his hometowns has been as the hook reveals how “I can’t forget where I’m coming from.” Realizing the influence and impact of his homeland, D.O. pays homage to his city once again in “No Place Like Home” featuring vocals from Miranda Walsh.

With these messages in mind, D.O. knows the struggle of dealing with confrontation first-handedly as the only colored youth in his small hometown in Canada. While being bullied and taunted due to his timidity, he eventually grew to appreciate himself and stay dedicated. However, D.O. shows a bleak ending if things had not changed in “Bully” as he tells a story of a young boy who was constantly ridiculed and ends up taking his own life because of the continuous insulting. D.O. brings it home with this track as he shows the reality of today’s youth.

D.O. is the real deal. As he takes his personal experiences into account while professing his love for hip hop, he is truly influential. Unlike many other artists glamorizing hip hop fame and women, D.O. takes on a more subtle approach to his success. His small town upbringing and personal experiences have shaped him as his audience can easily form a relationship with him and his music. D.O. is a rapper that many people can relate to as his messages stay positive and encouraging as “Stay Driven” brings truth to his reality. Is there another Guinness record to be broken or another motivational program to come from D.O.? His options seem endless.