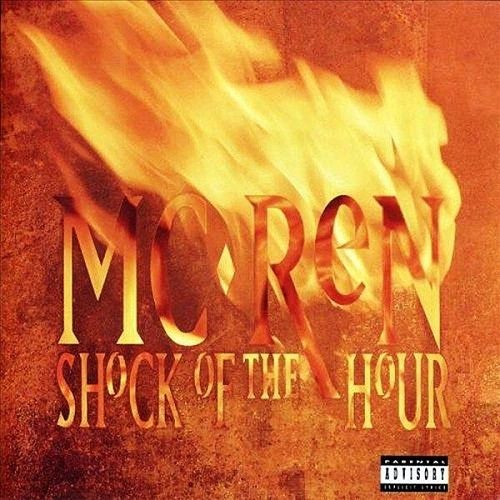 MC Ren :: Shock of the Hour

Looking back two decades after the breakup of N.W.A, arguably gangsta rap’s most influential group, it’s fascinating to consider the path each member’s career took. Ice Cube, Eazy-E, and Dr. Dre became three of West Coast hip hop’s foremost figures, each establishing his own signature sound, releasing multiple platinum-selling classics, and putting on his own stable of rappers who in turn became influential artists. One compilation album and involvement in the porn industry notwithstanding, DJ Yella all but disappeared from the public eye. Then, of course, was the commanding presence and raw rhymes of MC Ren, whose solo career fell somewhere in between. As Dr. Dre was getting the g-funk movement rolling with his Death Row buddies and Ice Cube became “AmeriKKKa’s Most Wanted” with his Lench Mob crew, Ren stuck with Eazy in the wake of “Efil4zaggin,” releasing his debut EP “Kizz My Black Azz” in 1992 through his Ruthless Records imprint. Ren remained with Ruthless even after Eazy’s death and produced a substantial if largely uncelebrated catalog until 1998’s “Ruthless For Life,” after which his career appeared stagnant until 2009’s quietly released “Renincarnated.”

Anticipation was high following “Kizz My Black Azz,” which reached platinum status despite minimal promotion, and a full-length titled “Life Sentence” was announced for an early 1993 release. However, Ren joined the Nation of Islam in 1993 and became inspired to pursue a new lyrical direction. An altered record titled “Shock of the Hour” hit shelves in late 1993.

Although a lean eleven tracks that are focused musically, “Shock of the Hour” plays like two separate records. The first half, ostensibly the leftovers from “Life Sentence,” is hardly a departure from the pistol-waving misogyny of his prior work. While he does sound a little wiser and more mature than in his N.W.A days, lyrically it’s heavy, straightforward gangsta rap. The second half, in contrast, displays the purported influence of the Nation of Islam’s theology, portraying apocalyptic imagery and startling scriptural references. While the first half is enjoyable, it is the second half that shows Ren’s greatest lyrical vision.

For the most part, neither the producers nor guest rappers on “Shock of the Hour” became household names, the only exceptions being Rhythm D and Madness 4 Real, who each produced one track, and Kam who appears on the closing title track. The bulk of the production is provided by Tootie and Dr. Jam, who create an interesting musical backdrop for Ren’s dark verses, operating completely independent of Dr. Dre’s g-funk sound that was taking over the West Coast in ’93. The album moves at a steady midtempo funk with rumbling bass, rough percussion and whiny synths. It’s effective in that it’s a dark and often powerful sound, but it’s also somewhat faceless and industrial-sounding. The beats are focused to the point that a few sound too similar, but overall it is a memorable listen from a musical standpoint.

The great “11:55” intro opens the album with horror clips, cleverly prefacing both the violent gangsta rap and disturbing apocalyptic narratives that follow. “Same Old Shit” is anchored by a Slick Rick vocal sample and predictable tales from Ren about his daily life, consisting of lewd sex, gunplay, touring, and drug trafficking. “Fuck What Ya Heard,” “All Bullshit Aside,” and “You Wanna Fuck Her” are more of the same with stories of Mack 10s, 40 ounces, weed, and bitches. He’s joined by Dollar Bill, Da Konvicted Felon, and Don Jaguar on the posse cut “One False Move,” a solid array of murder raps.

Ren’s deep, commanding delivery and sturdy bars sound good throughout, especially over the tough, slow beats. The social consciousness begins on “Mayday on the Frontline,” but nobody would mistake Ren for a Native Tongue even when he’s on the social tip – he’s not exactly what you’d call a righteous brother:

“Niggas screamin’ mayday ’cause Ren is kickin’ ass like Pele
Makin’ fools run like it’s a relay
But ain’t no fools runnin’ sprints in shorts
It’s just niggas shootin’ dice on the basketball courts
Waitin’ for the day to get revenge for the days
Of the slave ships, you got the Bloods and the Crips
Unitin’ puttin’ guns together
To give white people stormy weather
But they can’t hide under no umbrella
‘Cause we’ll be breakin’ niggas out the motherfuckin’ jail cellar
Fella, so who gives a helluva about the man
The KK Klan
So here we go again scarin’ people to death
Knockin’ niggas out with the endo on the breath
On the Old English because we use fuckin’ english
So you can understand, now who’s the man
It gotta be me, I got the shit organized
So when you see us comin’ don’t be actin’ surprised”

“Attack on Babylon” prophesizes a judgment day for modern America in which the races will be called to war in armed combat. If this type of conceptual material sounds like a stretch for Ren, you’re dead wrong – Ren shines as he raps with a fierce conviction. He questions black Christianity on “Do You Believe” and trades rhymes with The Whole Click on the posse cut “Mr. Fuck Up.”

It is a little odd and even frustrating that “Shock of the Hour” contains such inspired material following such conventional rap, but perhaps this is the balance that Ren sought to maintain in his music and in his persona – a hardcore Compton gangsta who was growing wary of the social ills of the 1990s and found refuge in the Nation of Islam. While I certainly would have preferred an entire album of armageddon raps, I’m sure there were N.W.A fans who would have rather heard more street-ready material in ’93.

The most shocking moment of “Shock of the Hour,” fittingly, comes on the title track, a truly disturbing portrait of the last day. In the first verse, Laywiy paints a vivid picture of white Christians burning in hell as blacks finally rise to power, and on his second verse Ren adds:

“In the twinklin’ of an eye, motherfuckers gonna die
Watchin’ baby bomber planes rip across the sky
Fallin’ on your Jesus, comin’ for the pork chop
Wake ya out your sleep, shit is deep, about to wreck shop
Bombs goin’ down a mile deep, pushin’ up a mile high
Nigga ain’t allowed to cry while the disbelievers die
Fakin’ with your Malcolm X picture on the wall
Motherfucker shoulda listened when you got your final call
Think you’re doin’ the brothers a favor by buyin’ a paper
Shoulda read your paper, it tells ya the devil raped ya
Stripped ya of the scripture, Blood ya then he Cripped ya
Gave you a corner, some bitches, and called you that nigga
And then he pimped ya
Your mind is a waste, so now you got a taste
The chastise bitch ya shoulda took heed of what the wise said
Now you’re bent outta shape with no power
Fucked up and waitin’ for the shock of the hour”

The third and final verse comes courtesy of Kam, who provides further description of black supremacy. Whether or not you agree with the bold statements the three rappers make, the power of the song is undeniable, and it’s a chilling statement.

While every bit the rapper that Dre and Eazy were, it’s clear that superstardom eluded Ren because he lacked Eazy’s character and Dre’s vision. However, Ren was always a great rapper in his own right, and having to constantly live up to the stratospheric standards of his groupmates may have been his undoing as a solo artist. Despite never establishing his own sound or releasing timeless music on his own, Ren’s modest legacy hardly does justice to his talent or his influence. “Shock of the Hour” is a strong effort from one of rap’s more underappreciated contributors.