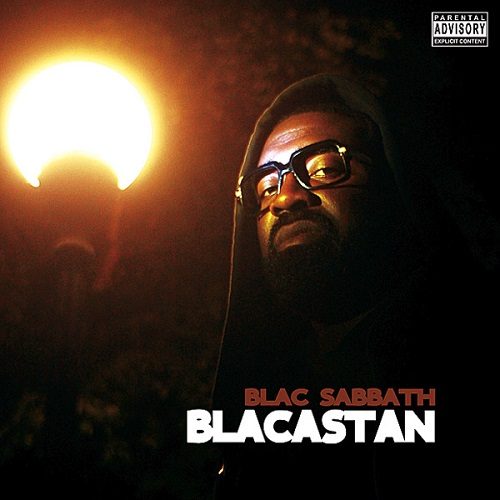 A few summers ago I was at a rap show at Toad’s Place in New Haven. It was a sweltering summer night and the venue was packed from wall to wall such that my boy couldn’t even tiptoe his way to the bathroom. Anticipation was high for the A-list headliners, but an hour or so after the opening act had been booed off the stage the crowd was even more restless, demanding entertainment long after the advertised stage time. After some sort of commotion toward the front of the crowd, a dark heavyset man appeared to wrestle the mic from the MC, hopped onto the stage, and broke into a gruff barrage of rugged a cappella rhymes. Grimacing at the audience, he paced back and forth and snarled:

Eventually, he finished and returned to the crowd, which soon resumed its impatient requests for entertainment. Still, my boy and I were left wondering: who was this “black” man? Why was he so hard? And what forces made him fight his way onstage to perform for angry Connecticut rap fans?

Flash forward two years, and I’m riding in a car with the same friend listening to some tunes for potential coverage with my new gig at RapReviews. We’ve both heard the hype surrounding Hartford rapper Blacastan: he was down with the A.O.T.P. crew and had appeared on Blue Sky Black Death and Krumb Snatcha projects, plus he had a lot of buzz after a series of mixtapes. Ten minutes into “Blac Sabbath” we’re already nodding our heads to the grimy beats and rugged rhymes, when a familiar verse emerges from an interlude on the Cherokee speaker:

“Yo, I’m blacker than the afro on Assata Shakur…”

“Holdup!” my friend yells. “Lemme see that CD cover.” Glancing over the artwork, his eyes light up. “Shit, Pete,” he says. “It’s him! It’s that ‘Yo, I’m black’ guy from Toad’s!” After listening to the album twice on the same car trip, all the questions we had formulated that night two summers before were answered.

They don’t come much harder than Blacastan, an ex-con and underground rap enthusiast. His rugged flow would be at home among the ranks of the Boot Camp Clik, yet his technical precision and tireless delivery will endear him to fans of his A.O.T.P. brethren, although his music is notably more street-oriented than theirsâ€”if I were to compare him to one rapper it would be Jadakiss. “Blac Sabbath” features his commentary on everything from the evolution of the hip hop recording medium to his takes on street life to startling ghetto narratives. Take “The Dice Life,” where he recalls a corner gambling session gone wrong:

“Yo, I’m a dice bein’ rolled and I’m outta control
Niggas roll me hard, pick me up, and I quickly turn over
‘Cause of me mad beefs were started
‘Cause of me mad thugs is dearly departed
These niggas hang on the corner shootin’ dice all day
Pitchin’ crack in the buildin’ in the back hallway
I landed in the crack number showin’ both ways
And a nigga yelled out, ‘Pay up, I don’t play!’
He reached in his waist, started wavin’ his gun around
He said, ‘Give me the loot before I gun yo’ ass down’
The blood dripped on me I got kicked around
He ran down the block, then he tossed the gun out
My numbers got scraped off from the hard ground
Now that’s the dice life, money, how the fuck you sound?”

Surprisingly, this isn’t the only instance where he assumes the character of an inanimate object. “The Life of a Tape” finds Blac rapping from the perspective of his favorite music format:

“Ayo, stick me in your tape deck, I’m a cassette
You can record demos on me, crackheads try to pawn me
Snitches even use me to record statements
Play me back in court and catch life in the basement
No doubt I could be used for many a purpose
Never place me on a magnetic surface
I might catch amnesia and forget what I know
I recall bein’ played in a fucked up Pinto
The deck got hot, ate me up ’til I popped
The owner pressed stop, then ejected
Tossed me out the window, neglected by the curb I lay
Shorty walkin’ to school picked me up the next day
He put me in the Sony Walkman and pressed play
I snagged up again, he pulled me out, passed me to his friend
His friend fixed me, taped me up, now I’m crispy
Back together, better than ever
Now I’m lampin’ in the inside pocket of his leather
His moms didn’t want him havin’ me, said I promoted profanity
She hate it but he loved it
Ayo he threw me in his dual tape deck and he dubbed it
He gave a copy to his friend, my dub is my twin
My contents get under their skin, since
Since back in the days of N.W.A
Parents been throwin’ me away, the life of a tape”

The concepts keep rolling on the Esoteric and Celph Titled collabo “3010,” a humorous, energetic prophecy of the next millennium, “Crate Diggaz” where he describes the tracking down of his music’s components, and the startling “Returnin’ to Nam,” where he assumes the character of a drug-addicted black Vietnam vet.

Blac is equally impressive with his more straightforward rhymes about the streets, such as on “City to City”:

“Life is written in my notebook, stories of known crooks
I chilled with, lit Ls with, I’ll take you on a field trip
To spots where they count chips and cut bricks
Fuck a record deal, they still lookin’ for another hit
On Rosemont, Addison, Ashford and Main
They’ll kidnap you, blast you, and splatter your brain
For the money in your pocket and for flashin’ your chain
I was raised in this land where the savages reign
Did a bid, came home and stayed away from the ‘caine
But got my young niggas touchin’ it, new crib, blew a dutch in it
Remember this could all be yours
Wear gloves when you’re baggin’, keep the dope out your pores
Get a spot, please keep the double locks on your doors
When they rush, this’ll give you time to flush all the raw
Experience’ll teach a nigga, I did it before
These are words of a grimy nigga livin’ it all”

“They Way It’s Done” is a musical and lyrical highlight, and “The World” explores his military mindset in a compelling manner. He thoughtfully questions Obama’s legitimacy on “You Wouldn’t Believe.”

The beats knock throughout “Blac Sabbath.” ColomBeyond shows a penchant for grimy Brooklyn-style beats that are a perfect match for Blacastan’s rugged sound and lyrics. His spooky piano lines, blaring horns, and heavy drum patterns provide numerous musical highlights, and he proves an equally competent rapper on his periodic guest verses. He shines on “Best That I Can” with a track outfitted with a chilling sped-up vocal sample and hard drum-and-bass arrangement over which Blacastan, ColomBeyond, and Mark Fury trade malicious rhymes.

Blacastan’s world is grim to the point that at times it sounds apocalyptic, but it’s not joyless. The most surprising standout is “Diamond,” a heartfelt love song with Blacastan’s signature touch. Over a soulful ColomBeyond beat, he raps:

“Ayo, I strolled through the door of the old bodega
I walked in, they bumpin’ ‘Mambo Number Five,’ Louie Bega
I said, ‘Pop, dame uno Coca Cola’
He reached around the counter, then he pulled out a pistola
He said, ‘Yo Blac, you be fuckin’ ’round with Chola’
I said, ‘Yo pops, I didn’t know that was your daughter’
I really like her, check out the Nikes that I bought her
Air Force Ones, size six and a half
Yo, shorty mad slim but she thick in the ass
He got the gat pointed my way, I hope he don’t blast
‘Yo pops, let’s talk it over, put it back in the stash'”

The album’s home stretch consists of tracks that show perhaps his greatest strength: storytelling. “Crac House” and “How Can You Be So Sure” present truly disturbing portraits of the Hartford streets over tracks suitable for a horror score. “The Darc Krystal” and “Life Is Not a Game” are tragic tales of death and betrayal, equally cinematic as cautionary. These tracks show Blacastan’s greatest potential as a moving, poignant narrator.

Blacastan may represent Hartford, but he can trade bars with the best and the hardest from Queensbridge, Brooklyn, and the rest of the East Coast for that matter. He proves that he can hold his own with raw lyrics and dope beats on his first retail full-length, maintaining an unusual balance between street readiness and pure lyricism and supplying a balanced palate of powerful, thoughtful tracks, clever concepts, complex tales, and Jeep-ready bangers. The only complaint I can really muster about the LP is that it’s a little too long, yet none of the nineteen tracks stand out as material that should have been left on the cutting room floor. “Blac Sabbath” is a very strong, extremely consistent debut from an artist to keep on your radar.