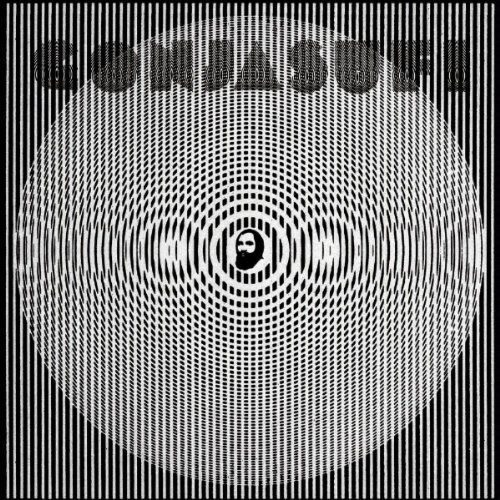 Gonjasufi :: A Sufi and a Killer

I’m not sure that a review of “A Sufi and a Killer,” singer/MC/Masters-of-the-Universe-crew-member/yoga-instructor Gonjasufi’s collaboration with producer Gaslamp Killer, really belongs on this site. I’m not sure it’s a rap record. I’m not sure what kind of record it is. I’ve read reviews where critics have described it as everything from acid rock, to hip-hop, to “post-hip-hop.” I suppose once Flash Juon starts the PostRapReviews this review can be transferred to that site, but, until then, it will just have to find its home here. And although post-hip-hop might be a semantic creation of Pitchfork.com, I’m not sure how else to appropriately describe “A Sufi and a Killer.” The album sounds like what you’d get if Iggy Pop made a rap record using poor quality Flying Lotus cassette tapes for beats.

That being said, whatever this album is, it’s very very good. The strength of the record is the obvious chemistry between the Sufi MC and the Killer beatsmith. Gonjasufi’s lo fidelity, high distortion half-melodic musings beautifully interweave themselves into Gaslamp’s Far and Middle East-inspired static-laden backdrops. While the distortion of Gonja’s voice is a bit too heavy on several tracks, such as “Kobwebz,” “Stardustin’,” and “DedNd,” the LA duo’s lo fi, internationalist aesthetic consistently creates a sense of intrigue and mystery (at the risk of sounding orientalist), which serves as a well-timed innovation to a West Coast indie rap scene so blessedly influenced by Mad Lib’s trips to India.

If the LP has a standout track, it is probably “Sheep,” a touching and vulnerable confessional sung over haunting doo-wop vocal loops, light jazz quartet percussion, and buried high-pitched strings, punctuated by intermittent brass-heavy climactic bridges. Gonjasufi pleads that “I wish I was a sheep, instead of a lion/’cuz then I wouldn’t have to eat animals that are dying.” This chilling naÃ¯vete persists throughout most of “Sheep,” until the track transitions into Gonja’s final primal and celebratory admission, “I’m a lion, babe/feeding off of sheep that graze/I wouldn’t have it any other way,” as the music transitions from melodic “la la la’s” to dissonant moanings.

While “Sheep” fits beautifully onto “A Sufi and a Killer,” it is not necessarily characteristic of the album, largely because the album is so diverse. “Kowboyz and Indians” features a more up-tempo female vocal loop then that on “sheep,” but Gonja’s presentation is more overtly rap-influenced. Unlike the productive minimalism of “Sheep,” Gaslamp’s production dominates on “Kowboyz,” half of which is filled by Eastern vocal samples with Gonjasufi nowhere to be found.”Duet” borders on straight acid-rock with its effectively spacey experimental melody, though our frontman’s talk-singing somewhat grounds the track in Gonja’s hip-hop upbringings (he is cousins with ish from Digable Planets, afterall). “I’ve Given” is probably the album’s most stripped-down track, as Sufi repeats school-yard refrains over what might be an obnoxiously poppy synth hook, if Killer hadn’t dirtied it up so good. There is a lot to be sink your teeth into on this record, as Gonja and Gaslamp show an obvious appreciation for music of all kinds.

The strength of “A Sufi and a Killer,” though, is the remarkable consistency with which this eclectic and experimental record holds itself together. This is an album in which beats and rhymes truly serve as the yin to each other’s yang. I haven’t heard much that sounds like this, and don’t really expect to from hear on out, but if this sound is what we can expect post hip-hop,” then I wish the post-hip-hop era would hurry up and get here already.

Gonjasufi :: A Sufi and a Killer
8.5Overall Score
Music9.5
Lyrics8