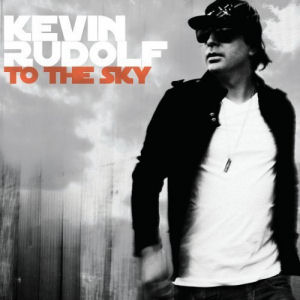 Kevin Rudolf :: To the Sky

Kevin Rudolf’s career raises intriguing questions to both the writers for and the readers of RapReviews.com – questions like “Does a singer like Rudolf qualify as a hip-hop artist by virtue of signing to a major rap label?” Now ostensibly the answer is no because the recording industry’s history has countless examples of traditionally rock music labels signing rap artists and vice versa. It’s not like any rappers who signed a deal with Captiol or Warner Bros. over the years suddenly jumped to rock music – they simply needed a means to distribute their music to the masses and a corporate entity who believed they could profit from it. For a singer like Rudolf to sign with Cash Money Records is no different – it gives him access to the same distribution that the imprint receives from parent Universal and the added bonus of Cash Money artists like Birdman and Lil Wayne doing cameo raps on his tracks. Not surprisingly his first album for the label “In the City” did quite well including the multi-platinum single “Let it Rock” featuring the aforementioned Weezy, a win/win scenario for everyone involved.

Rudolf’s story is nowhere near as simple as “rock singer and guitarist makes rap label millions” though. Rudolf has had a transformative effect on the label and vice versa – Lil Wayne is doing rock albums like “Rebirth” while Rudolf seems increasingly more hip-hop on his new album “In the Sky.” It’s not just that a greater percentage of his new album features rap guest stars – last time 28% counting an iTunes bonus track, and this time 45% even before any iTunes extras are available. The promo copy on my desk now includes the hit single “I Made It (Cash Money Heroes)” featuring Birdman, Jay Sean and Lil Wayne along with “You Make the Rain Fall” featuring Flo Rida, “Spit in Your Face” with Wayne and two tracks featuring Three 6 Mafia. It’s on the latter songs that Rudolf’s transformation is evident – while he’s still a singer through and through he’s borrowed successfully from the swagger of his labelmates and developed a harder attitude and sound. Take “Late Night Automatic” for example:

If you have to guess what function the anonymous female serves “automatically” on demand then it’s likely one fast-forwarded through the verses of Juicy J and DJ Paul that came before these lines.

Production on the album seems to have also modulated Rudolf’s voice a little bit – not to T-Pain style AutoTune levels but definitely more electronic and synthetic than before. This is clearly Rudolf’s preference as he’s listed as sole producer on most of his new album’s songs, the exception being the other Three 6 Mafia track “Whatchu Waiting For.” It’s not a bad choice as the electronic vocal sound is in right now and gives Rudolf’s voice a little more impact on the sans-rapper songs like his bouncy pop melody “Don’t Cry” and the autobiographical guitar rock anthem “Big Timer.” Even when Rudolf teams with Rivers Cuomo from Weezer on “Must Be Dreamin'” there’s a definite Timbaland meets Timberlake sound to the entire presentation.

Ultimately Rudolf is the same thing now that he’s always been – a decent to somewhat above average singer with a little more access than most singer-songwriters have thanks to the label he’s with. Intentionally or not though Rudolf has become more hip-hop in the process, and while I’m not saying he’ll be rocking an iced out Cash Money pendant around his neck at his next concert, I’m not saying it would surprise me or be out of place. The swagger’s been good to him, because not every R&B or rock album would meet with a hardcore hip-hop head’s approval, but even without the numerous rap cameos I think “To the Sky” would have been a win to a hip-hop audience – they don’t hurt either though. This is “In the City” evolved, with no pun intended, to a higher level.